Home News The Legacies of Robert Mugabe and Nelson Mandela

The Legacies of Robert Mugabe and Nelson Mandela

The Legacies of Robert Mugabe and Nelson Mandela

Robert Mugabe’s recent “retirement” in Zimbabwe provides a good opportunity to reconsider the remarkable legacy of Nelson Mandela, the first President of a post-Apartheid South Africa.

There are, interestingly enough, many parallels between them. Both were born in the shadow of World War One (Mandela in 1918 while the war was still on, and Mugabe in 1924). Both were products of their lands, both suffered from harsh colonial policies set along racial lines which left them on the outside looking in. 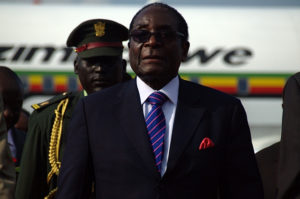 Not surprisingly, both turned to violence as a response to colonial oppression, and both were arrested by regimes determined to hold power. Mandela was imprisoned in 1962, and Mugabe the following December. Both endured long years of confinement. Mugabe was released first, in 1974, and immediately fled “Rhodesia” so as to continue his terrorist ways. He would eventually find his way to power, but lessons of a lifetime left their mark on how he ruled the new state of Zimbabwe.

What of Mandela? Well, he served for another 16 years in several different prisons, and despite international appeals for his release all along the way.

Upon release one could have easily imagined that he also would have resumed his old ways against a white minority that still assumed immense power over his native South Africa. Yet that is not what happened, as Mandela emerged from prison a changed man. He became the champion of a “rainbow nation” that now included the very Boers (whites) whom he had long despised. 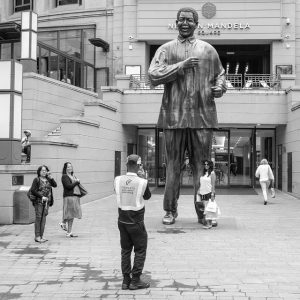 Mugabe’s may have been the most likely life-story, but it makes Mandela’s all the more stunning by contrast. When I ask my university students in Canada who can be deemed a world statesman it is Mandela’s name that comes up. Nor does it surprise that one other name follows closely: that of Desmond Tutu, the equally remarkable Anglican Archbishop of Cape Town who coined the phrase “Rainbow Nation”. It was Tutu who preached Truth and Reconciliation in the face of anger and violence as a new South Africa struggled to take shape.

I’ve thought about all of this of late, especially as Mary and I prepare to return to South Africa in August of 2018 to lead a tour. We’ve been there 7 times over the past several decades and it continues to captivate us.

Of course we’ll see all the great sites on our trip, from safaris in the world-famous Kruger National Park to the continent-ending views of Cape of Good Hope to the majesty of Table Mountain. We’ll see penguins where we think that there should be none, baboons with attitude, and we’ll see Dutch vineyards and estates that are like tiny jewels in the countryside.

Yet in many ways, nothing will replicate a visit to Robben Island, surrounded by the frigid waters off Cape Town, for it was here that Mandela was imprisoned for 18 years. His cell door still stands slightly ajar. Or we’ll ponder the now retired Desmond Tutu, whose St. George’s Cathedral is a 20 minute walk from the hotel where we’ll be staying.

Sadly the country called “Zim” is now a ravaged state after the Mugabe years. But South Africa? For all its many challenges, there is hope in this land, a hope that endures thanks to the legacies of Mandela and Tutu. Come and see why that’s so.