Home Tour Journals The incredible beauty of the Antarctic – January 8

The incredible beauty of the Antarctic – January 8

The incredible beauty of the Antarctic – January 8 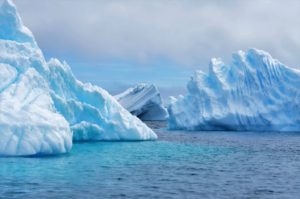 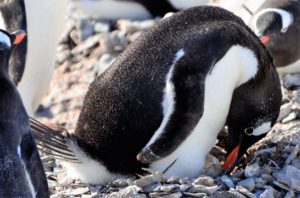 We awoke to an announcement that we had arrived at Cuverville Island which was surrounded by massive icebergs that the captain and his team had skillfully navigated through early in the morning.

Our landing offered another opportunity to walk amongst a large colony of gentoo penguins and a number of us witnessed parents carefully turning their eggs which would soon hatch within the nest formed by small stones.

We were also invited to climb up the hill and enjoy a fast slide down the snow bank. Fortunately we were immediately returning to the ship as we had to dry off from the snow that had found its way into our pants and boots following the fun slide. 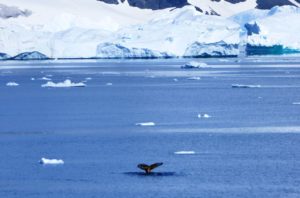 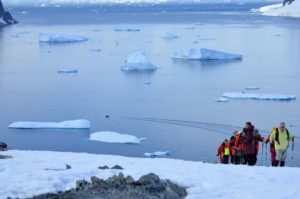 Following a lunch break we moved a short way down the channel to Danco Island which was also populated by gentoo penguins. While we waited our turn to shuttle over to this hilly island we were again entertained by a couple of humpback whales frolicking in the channel close to our ship. We learned later that a group of kayakers had a very close encounter with these gigantic mammals.

Once on land the excursion consisted of another challenging climb up a steep snow covered slope to the summit which was about 500 feet above sea level. Along the way we stopped to observe the many small groups of nesting gentoo penguins and were humbled by the endurance of these small creatures as the parents took turns climbing and descending this strenuous slope a number of times each day to feed their newborn chicks. 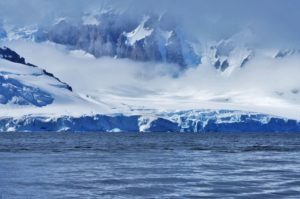 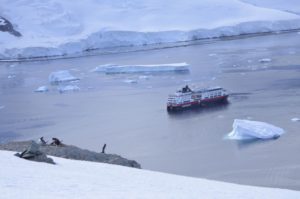 Those who reached the summit were treated to an amazing and beautiful panoramic view of the snow covered mountains, glaciers and icebergs all around us. It was also peacefully quiet at the top and we could actually hear the thunderous cracking and movement of the glaciers surrounding us. The decent was fun for those with walking/ski poles as a number of us attempted the technique of telemarking our way down the slope with some limited success.

Later in the evening Kyle and Carol Williams bravely ventured out to join the overnight campers on Danco Island. We wished them well and looked forward to hearing about it the following morning. 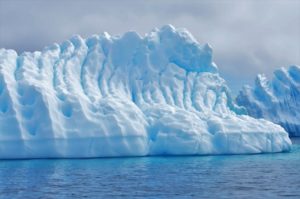 Every iceberg a piece of art