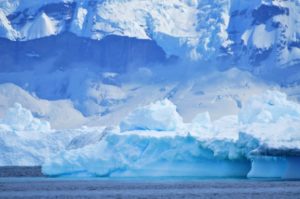 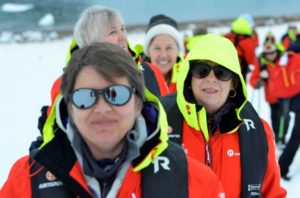 Dorothy and Doris hiking along

Today we started our day by travelling into Wilhelmina Bay to witness the massive glaciers and many humpback whales keeping company with the thousands of icebergs and growlers (icebergs smaller than 5 meters in size). It was one of the first cloudy and rainy days but quite relaxing as we sat in the lounge and watched the impressive scenery pass by. At one point the captain stopped the ship in very calm waters and a number of us ventured out to the bow to watch and listen to the whales which we never grew tired of. 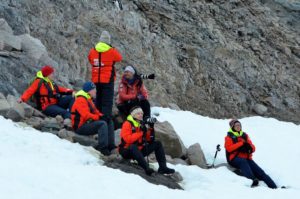 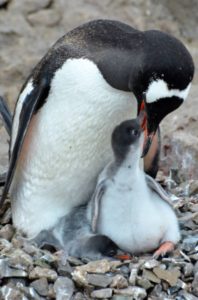 The boat headed back into the channel and further south to Neko Harbour where we would again climb to an outlook but also somewhat for safety.

As we walked past a number of gentoo penguin colonies we came across a wood platform which was the foundation for a research station which had been wiped out by a tsunami caused by the calving glacier not more than a quarter mile away (it actually looked much closer).

The cruise ship team advised us before we even set foot on the island that we would immediately climb to a higher elevation for relative safety in the event another large section of the glacier broke away and caused another tsunami wave. 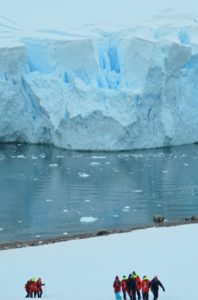 While there, even amongst the constant chatter of the penguins, we could hear the thunderous and somewhat eerie sound of the glacier moving and cracking but only the odd small breakaway of ice took place while we were there.

What a treat to be exposed to another very fascinating aspect of life in Antarctica.