Home News Why Is There a Mennonite Museum in Khiva, Uzbekistan?

Why Is There a Mennonite Museum in Khiva, Uzbekistan?

Why Is There a Mennonite Museum in Khiva, Uzbekistan? 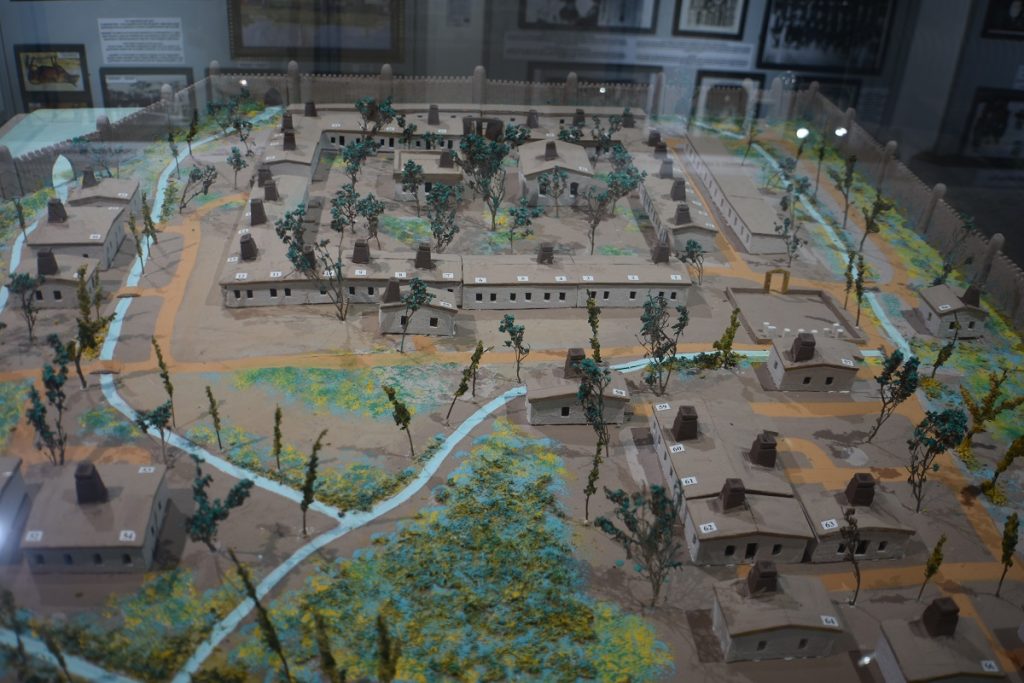 Model of Ak Mechet in the Ichan Kala Mennonite Museum

Ichan Kala is the walled historic city centre of Khiva, Uzbekistan, where travellers can see some of the best-preserved examples of Islamic architecture in Central Asia. Among the original and restored buildings dating from the 12th to the 19th centuries, there are mosques, minarets, madrassas (schools), and plenty of tiny museums telling the story of this famed city.

Curiously, Mennonite artifacts fill one of these museums. Why would Uzbek Muslims and visitors to Khiva care about Mennonites, and where did they get the Mennonite clothing, farming, tools, cooking utensils, and other items?

Believe it or not, Russian Mennonites living in what is now Ukraine migrated to Central Asia in the late 1800s. When many others left for North America, this group of 80 plus families travelled to what is now Uzbekistan to escape conscription in the Russian army, maintain autonomy to teach their children and because they believed Christ was going to return soon to the East. A subgroup of Mennonites on this “Great Trek” was invited to live in a royal garden 7 miles south of Khiva in 1884 by the Khan (King) Muhammad Rahim II. Mennonites established and lived in the Ak Metchet community from 1884 until 1935 when soldiers forcibly removed them at the command of the Russian government. 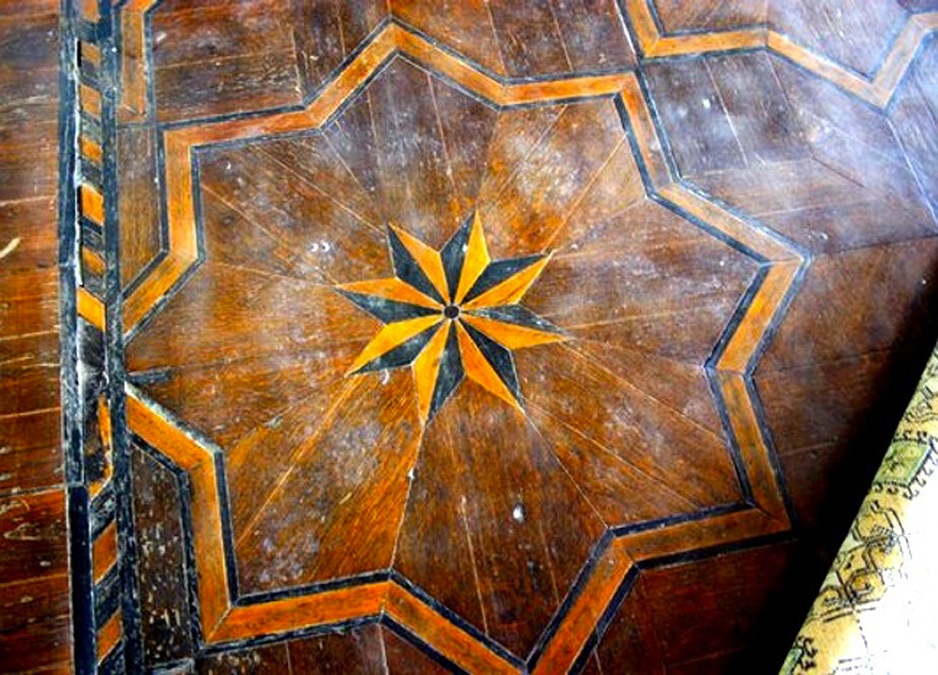 The Mennonite museum is housed in a former trade house built in 1905 by a wealthy Uzbek businessman. The original owner hired Mennonite artisans from Ak Metchet to construct the building’s windows, doors, and floor. The Khan of Khiva also hired Mennonite craftsmen to install an intricate parquet floor in the section of his palace where his harem lived. The Khan wanted a parquet floor similar to one he had seen on a trip to St. Petersburg, Russia. Mennonite craftsmen also enhanced the Khan’s palaces with ten ornamental tiled heating ovens, intricate designs with brightly coloured paints, and a ceiling decorated with green banks along a river with a mill reminiscent of their distant homeland.

In addition to their craftsmanship, Mennonites left other lasting impacts on their hospitable Muslim hosts. They introduced new agricultural products, including potatoes, tomatoes, eggplants, and cucumbers, plus improved livestock. Wilhelm Penner, a school teacher at Ak Metchet, introduced photography to the region through his friendship with a bright young Uzbek named Khudaybergen Divanov.  Penner taught Divanov to take and develop photographs.  Divanov is considered the father of photography and cinematography in Uzbekistan.

This is just the tip of the iceberg of The Great Trek Mennonite migration story in Central Asia. The migrants experienced many adventures and even more tragedies. Most of the “Trekkers” eventually migrated to North America, blanketed by shame due to their failed attempt to settle in Central Asia. In fact, it has only been in recent decades that this fascinating story has been explored in depth. Descendants of the original trekkers are eager to explore their ancestors’ painful past shrouded in mystery for generations.

TourMagination tour leader John E. Sharp is one of the foremost Mennonite scholars who has explored The Great Trek story.  Satisfy your curiosity about this unique Mennonite migration story on the Silk Road Odyssey: The Trek to Central Asia Tour, September 19 to October 2, 2021. TourMagination is the only North American travel company offering a tour about The Great Trek. Don’t miss out on this unique experience!

Curious if your ancestors were part of The Great Trek? Look up names of trekkers in the five wagon trains of families that left Russia for Central Asia in a list compiled by Fred Richard Belk. 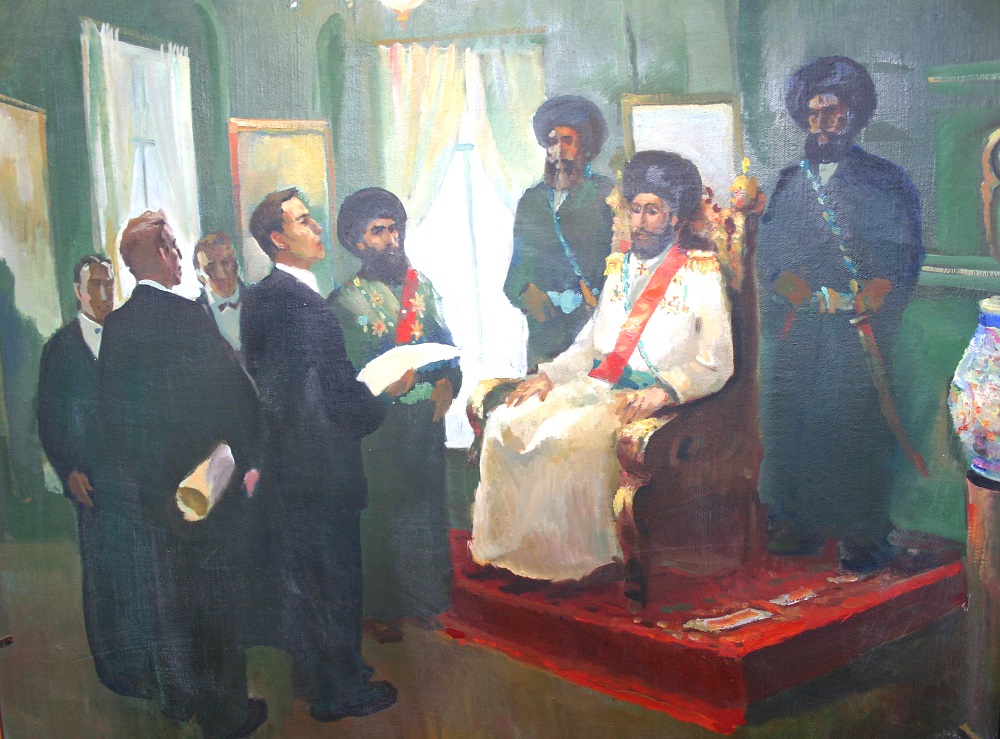 A painting of Mennonites petitioning the King in Khiva.