We were in Chortitza today, the so-called Mother Settlement for Mennonites in southern Ukraine.  Of course we saw the big buildings that mark this area for Mennonites (and it helps that our guide Olga has such a strong gift for communicating their importance).  We then travelled to Nieder Chortitza where we met with the remarkable Boris Letkeman.  Could there be a more decent and compelling person on the planet?  His life story of exile and war and return to this part of the world truly stirs the heart.  It helped that several in our group hail from this village on the banks of the Dnieper River. 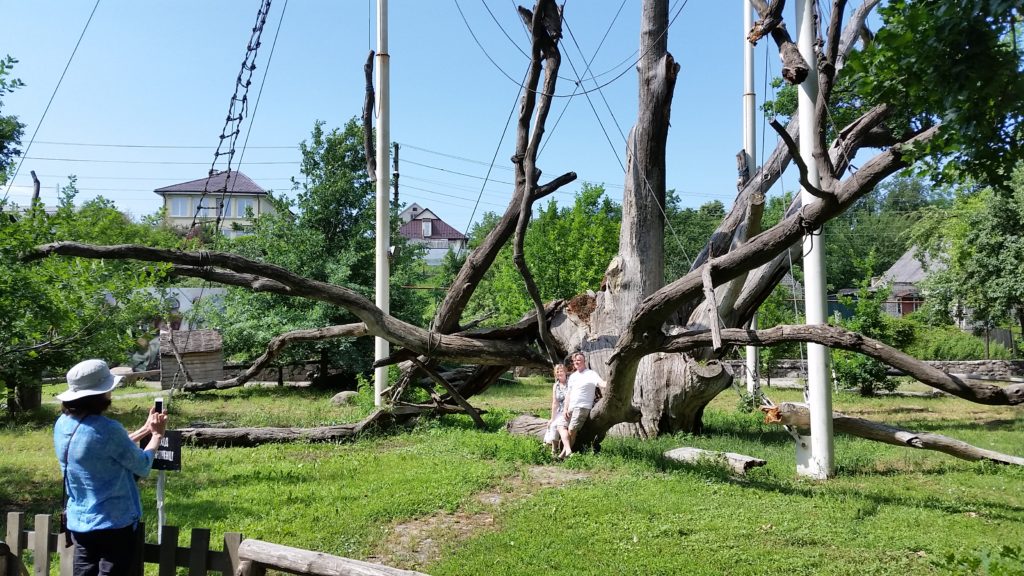 Brother and sister, Helen and John Thiessen have their photo taken at the Chortitza Oak Tree. 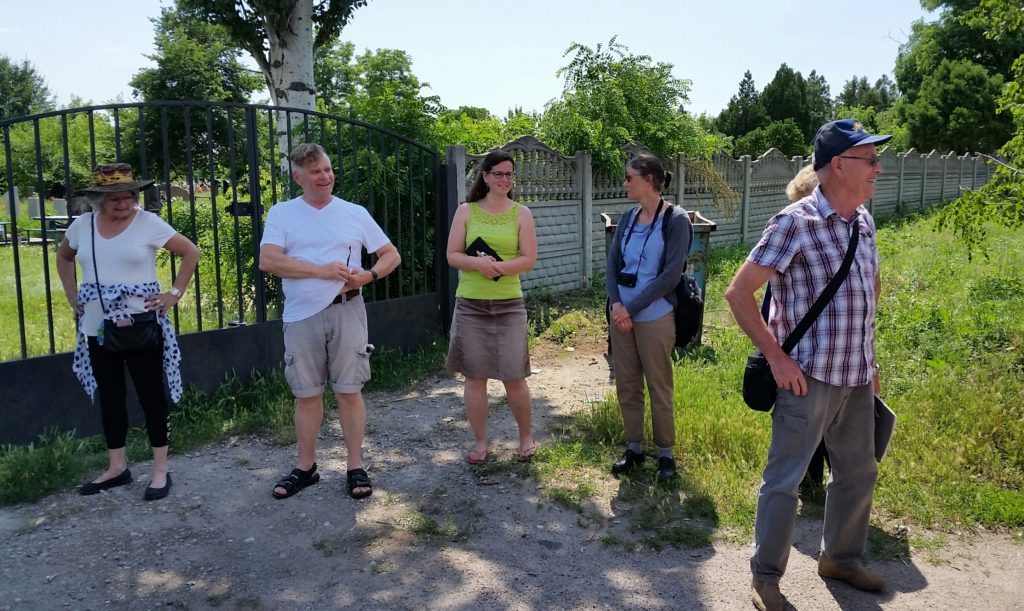 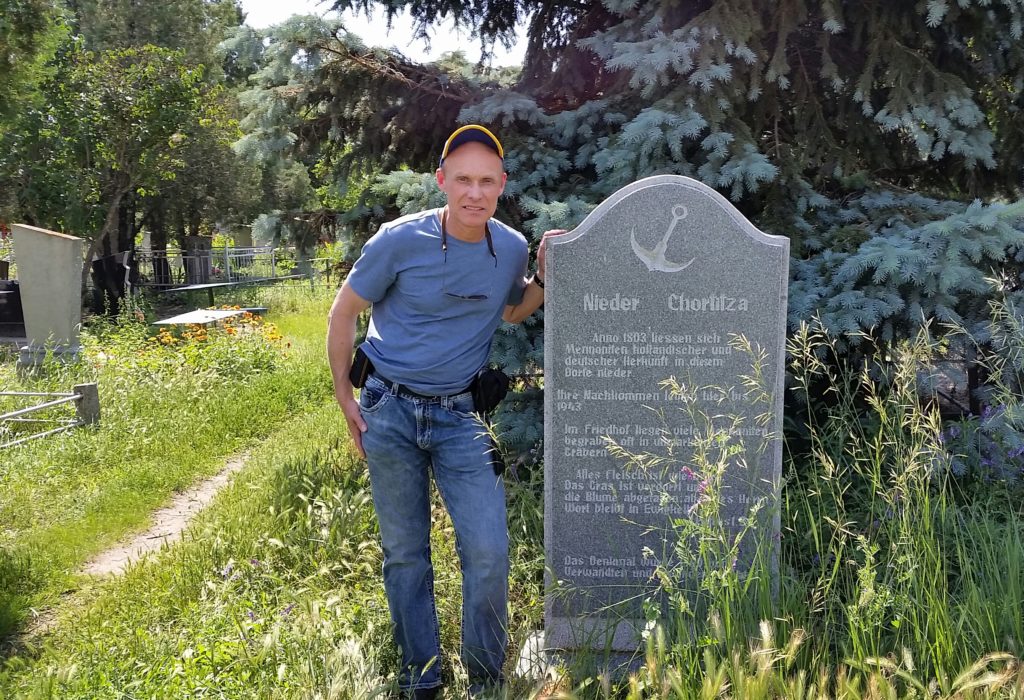 We enjoyed a rich time of conversation with him, but there were other rich conversations with Olga as we sought to follow the birthplaces of parents and grandparents of those on our group.  That might not sound like much, but I expect you’d change your mind if you would see the deep satisfaction that comes to people in our group who manage to make such a connection. 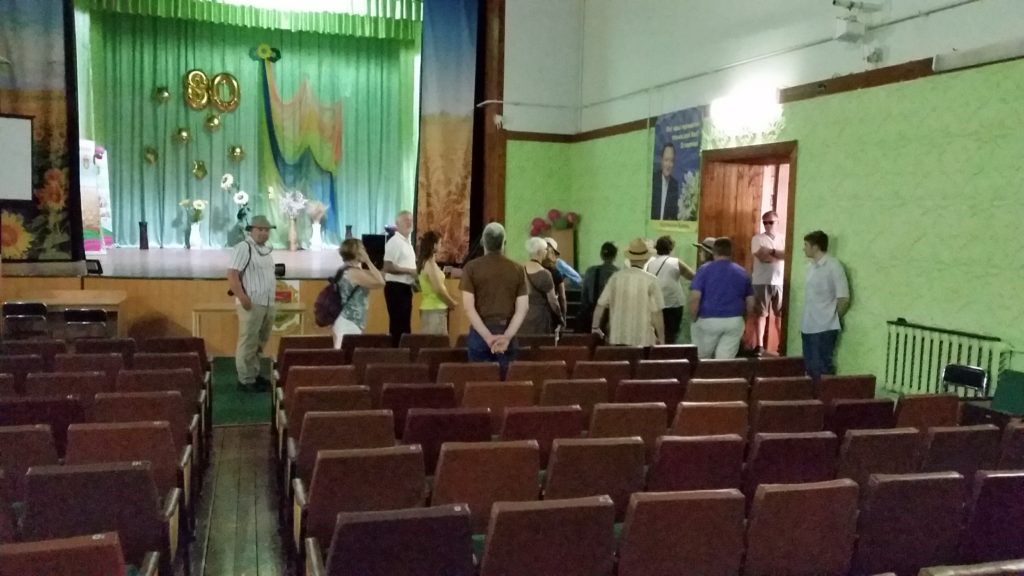 Visiting the very first Mennonite Church in Chortitza on June 5th, now incorporated into a larger building as a seminar center.

What else?  We sang “Gott Ist Die Liebe” in the oldest Mennonite church building in the Russian lands (now a municipal office); we laughed a great deal; we wandered down village roads overgrown with lilac bushes and talked to locals who lived there; we laughed some more; we enjoyed “table talk” over meals that moved comfortably between deeply moving and light; and we repeatedly considered the important work that Harvey Dyck did in the past several decades to secure the public memory of Mennonites, those who once proudly called this corner of the world “home”. 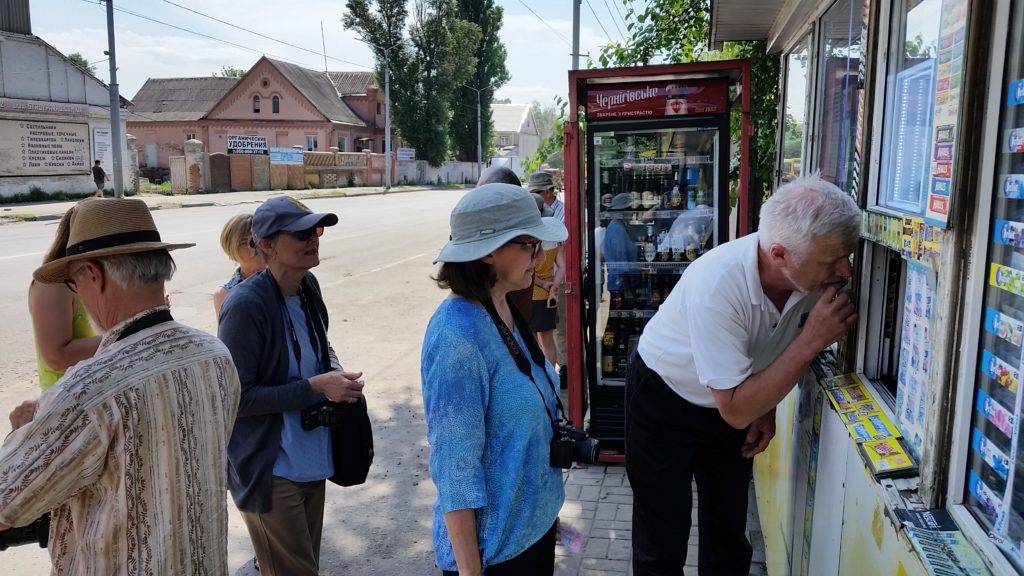 In the evening a few of us went for a walk through the darkening streets of this once proud Stalinist city of Zaporozhye.  Tomorrow we return to Chortitza, at least for the morning.