We began our day by ascending the Deva mountain by gondola car to the fortress ruins at the top. The fortress caps the mountain and provides a panoramic view of the surrounding area. If the sun weren’t directly in front of us reflecting off the morning haze I might have a better picture of the view from the archer’s slot to show you. 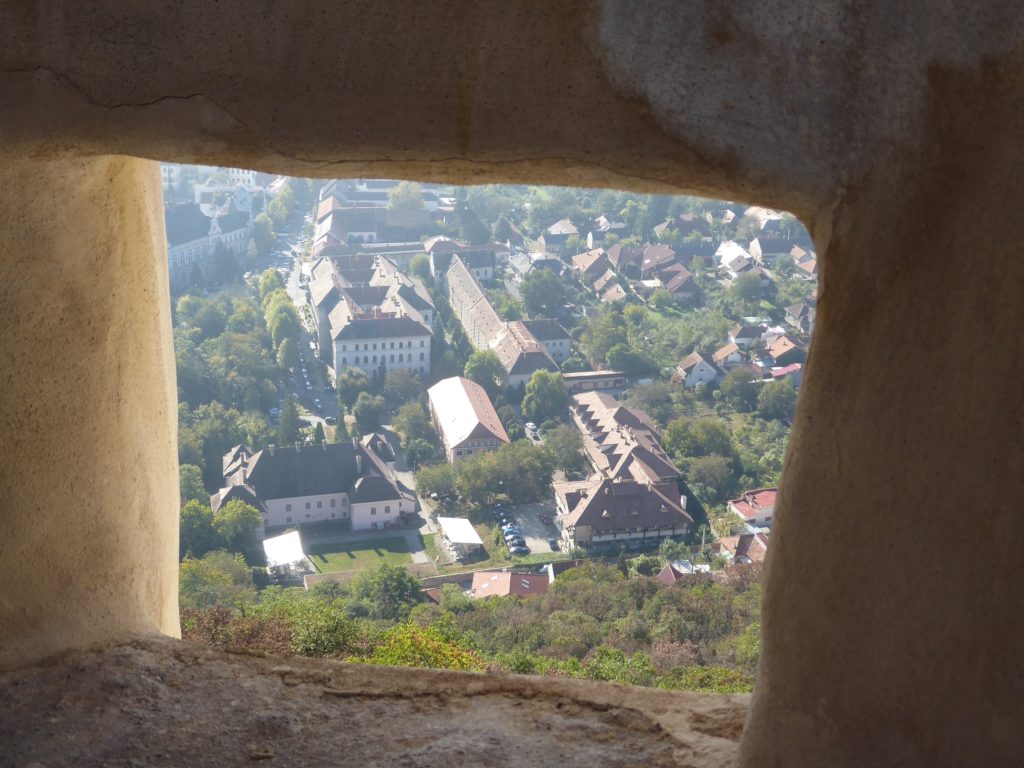 Instead you will have to settle for a view of the monstrous walls of the fortress that begin at the top of the mountain. 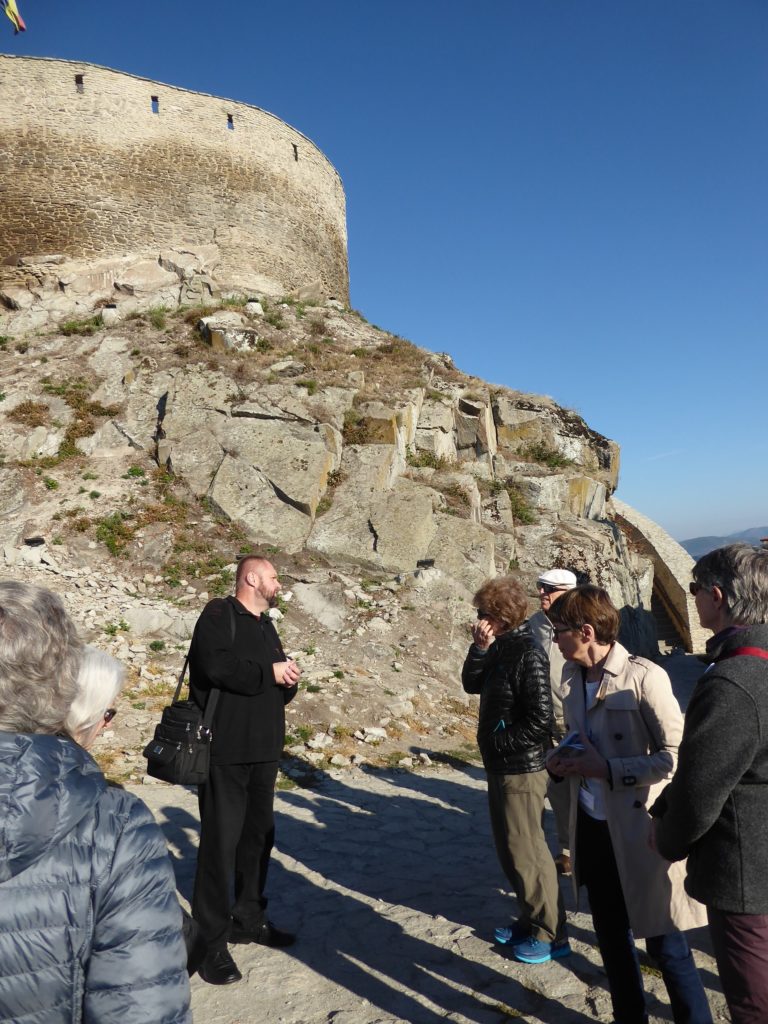 After being interrogated by the Lutheran lords, Andreas Wurz, Joseph Miller and Mathias Hofer were thrown into the dungeon of this castle in 1755. Over a period of more than three months they were incarcerated in a series of prisons before finally being released. 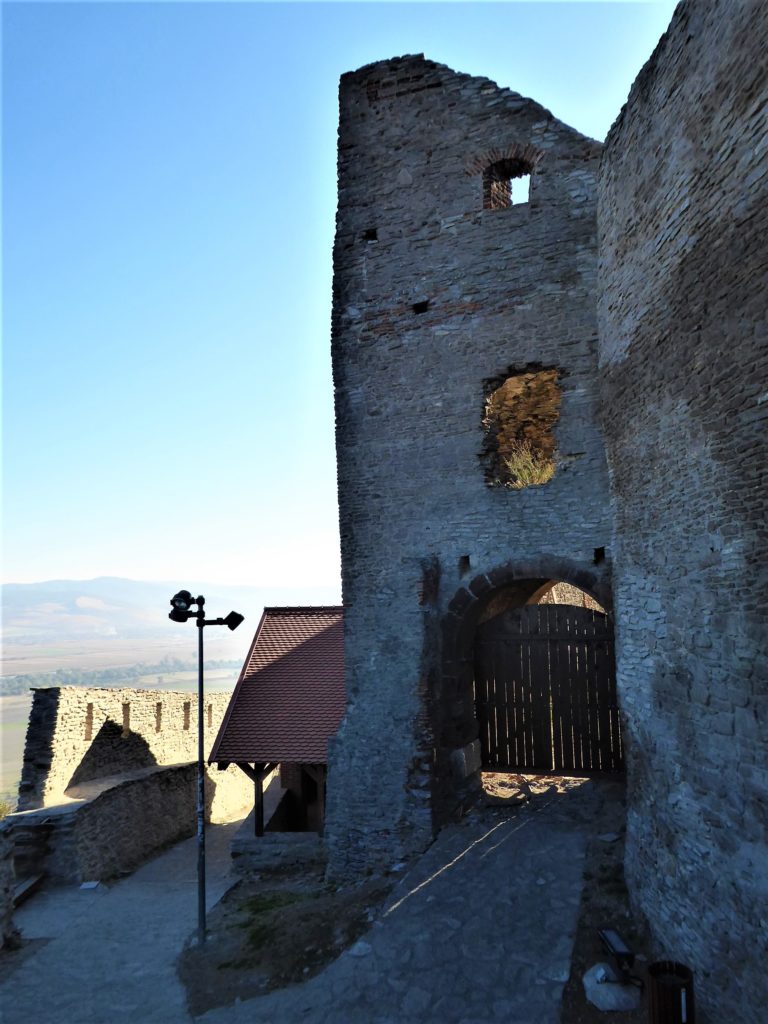 Our next stop was Alwinz castle where the Hutterites spent their first winter in 1622 living in the stable of  Princess of Transylvania’s stable. Now the site is in ruins but it has been nearly 400 years. 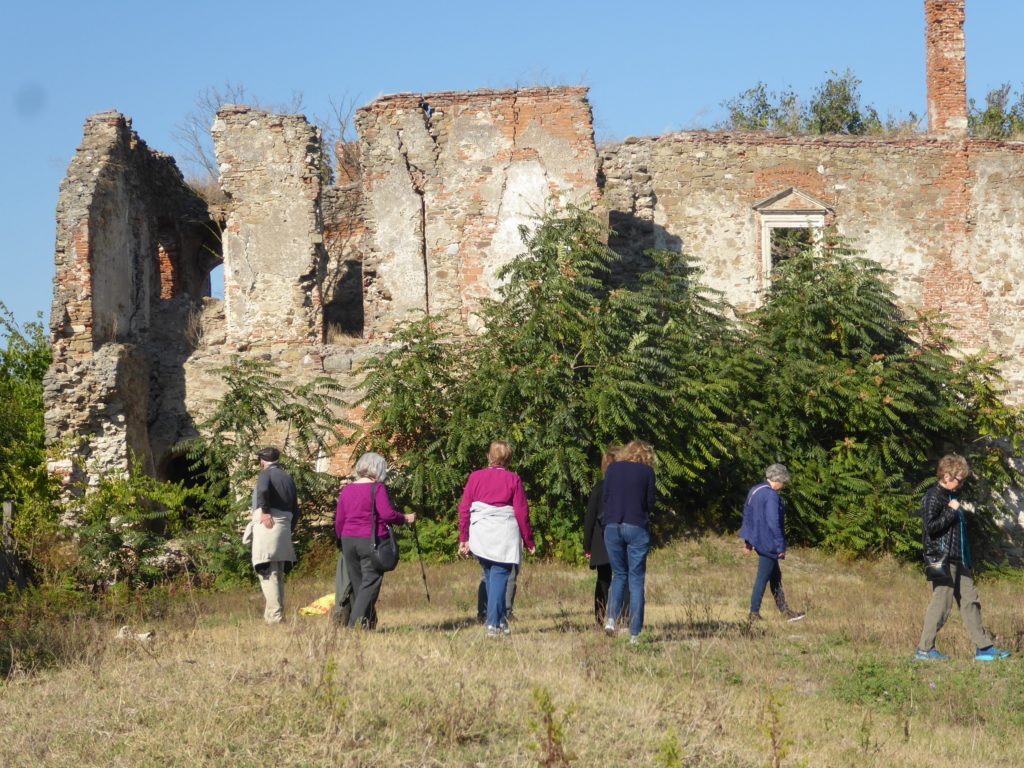 Although no remnant of the Hutterite colony at Alwinz remains, we walked to where it had been. The ruins of the Reformed church next to the site intrigued many of us but fencing, a dog and chained gates prevented us from getting very close. 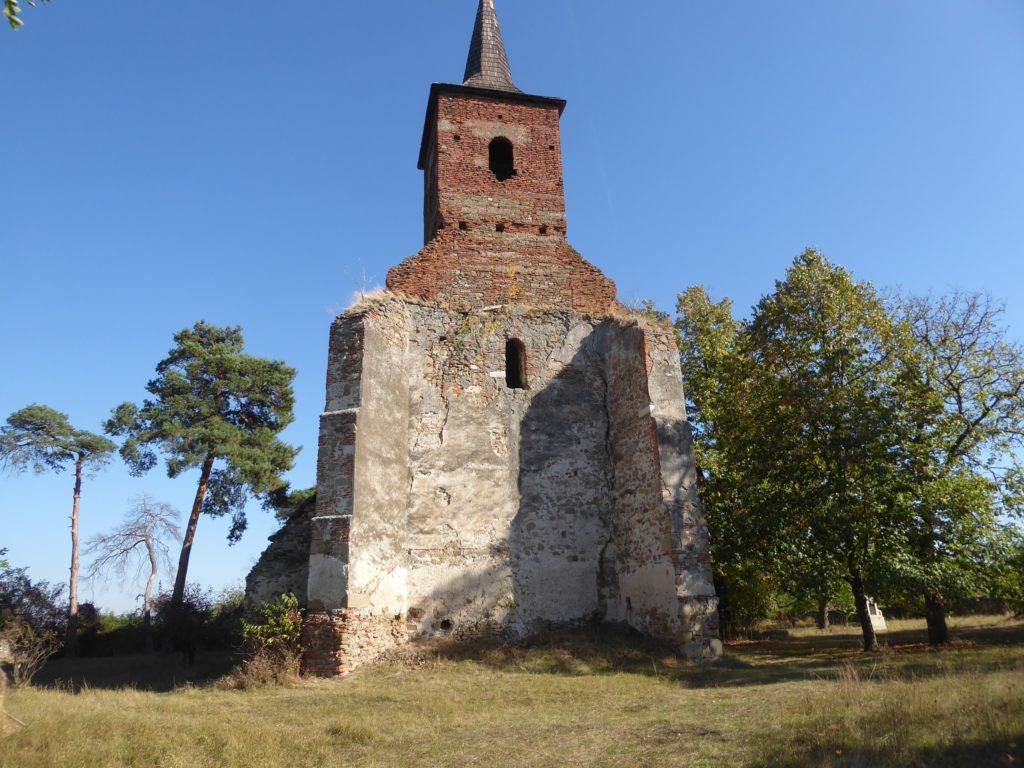 Soon we noticed that the building had recently received new guttering and that some of the windows had been replaced. Our guide soon contacted the women who had the key to the gates and the church. To our surprise, the church now supports a small Reformed congregation of less than 20 members. 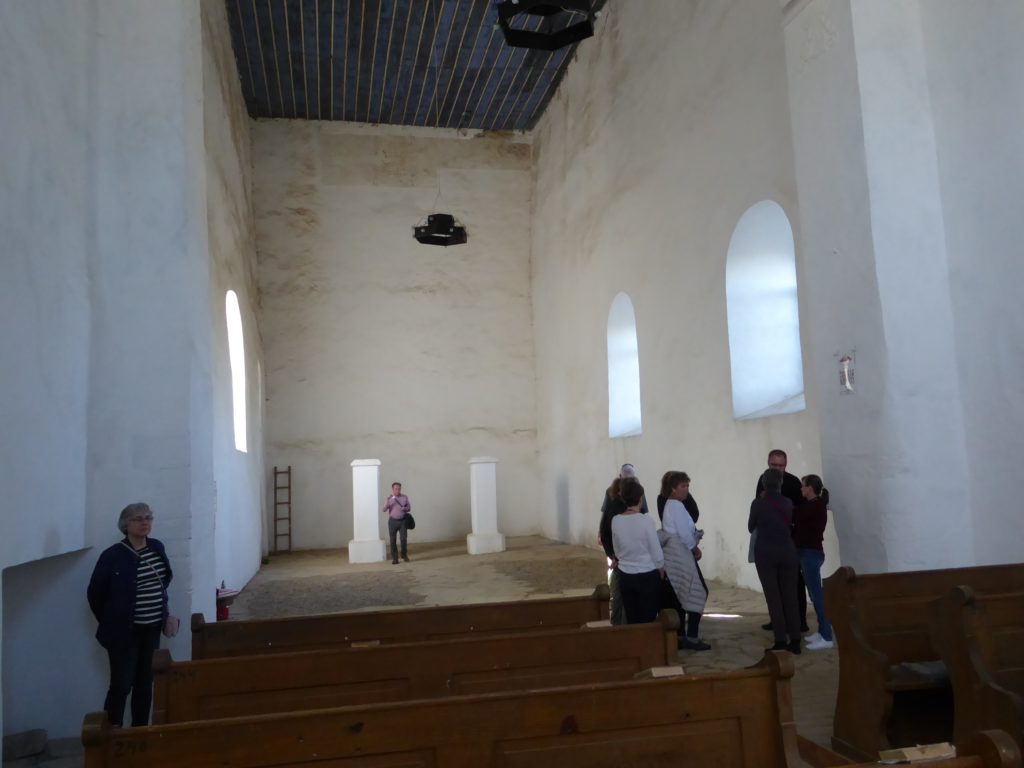 Inside the Reformed church

She told us of the flood damage the building received in 1970, the struggles under Communism, and the recent attempts to stabilize the building and restore it. Our group was inspired to sing the doxology which reverberated within the structure and made us sound like a much better choir than we probably were. It was a very satisfying experience. 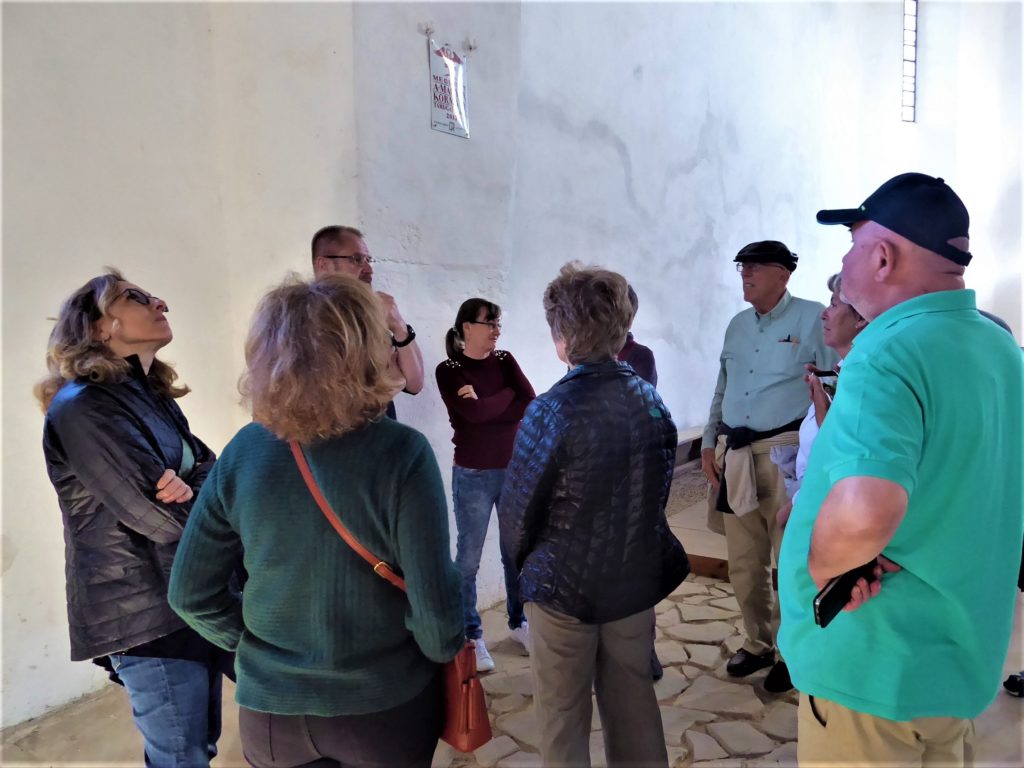 Singing the doxology together