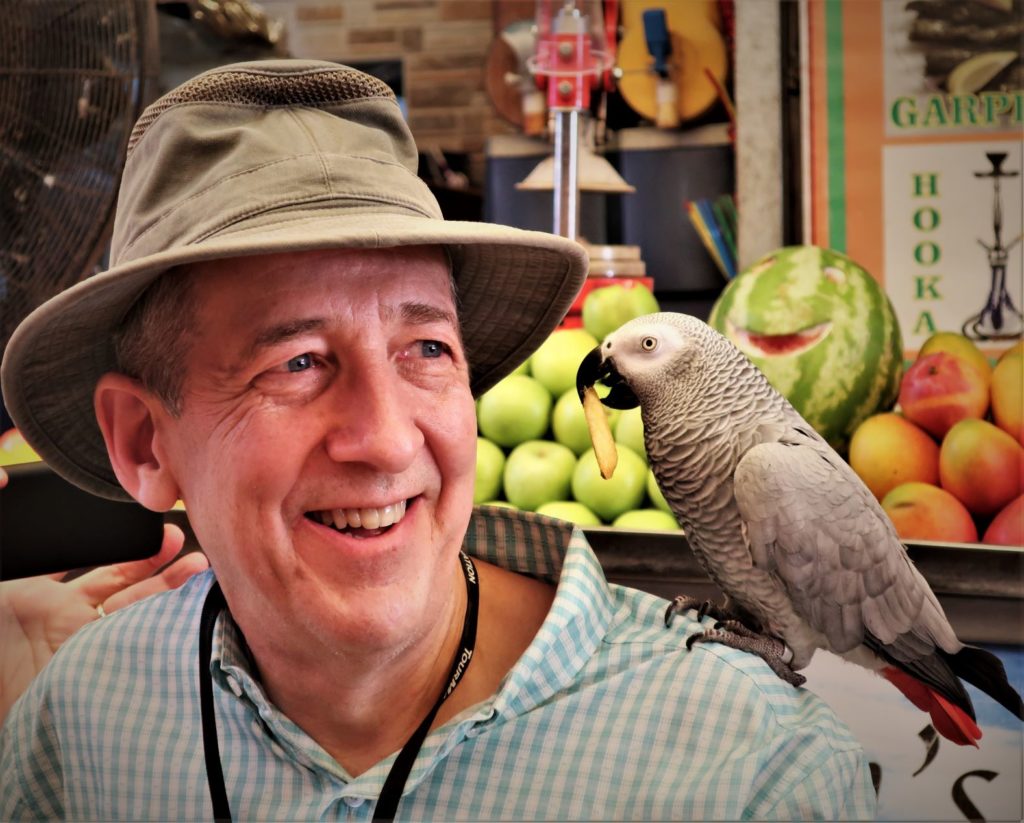 The restaurant manager in Jerusalem where we had our noon meal on Saturday owned a parrot, and unexpectedly perched it on Brian Zehr’s shoulder. Seems the parrot likes french fries! This light-hearted moment came in the midst of a spiritually rich day—walking down into Kidron Valley from Mount of Olives to pray at Garden of Gethsemane; tracing the Via Dolorosa street along which Jesus carried the cross; visiting Church of the Holy Sepulchre (which was so crowded we had to leave and come back an hour later); exploring “Tower of David” (actually, the remains of Herod’s palace). After dinner we gathered for sharing the spiritual and emotional impact the day’s experiences had on us. 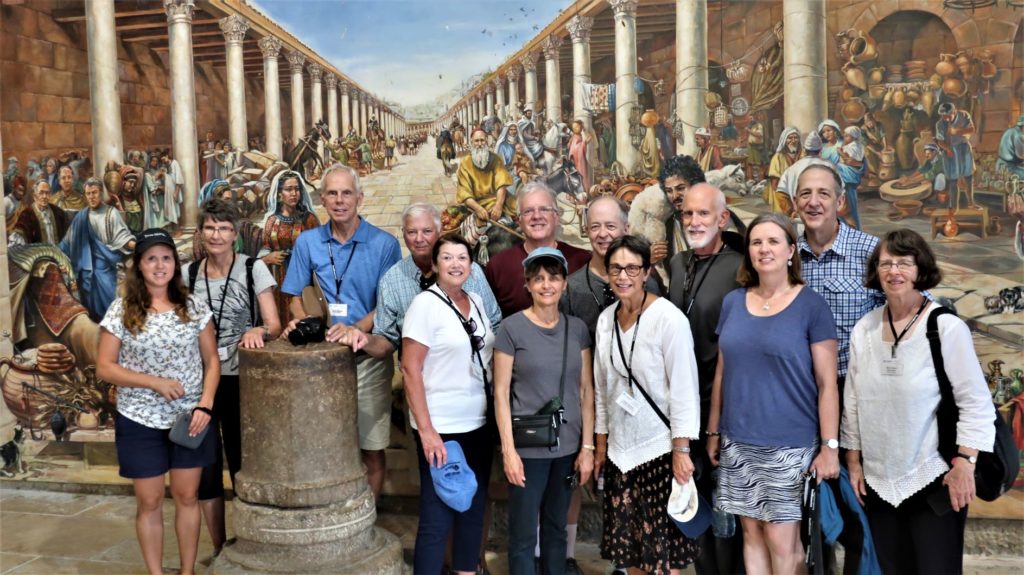 Talk about walking into the biblical world! On this last afternoon of the Jordan-Israel-Palestine tour we prayed at the Western Wall and visited sites in the Jewish Quarter of Jerusalem. There we found that part of the Roman era main street remains, below modern street level. We walked on the ancient stones, and at the end of the colonnaded street came to a painting of what the street looked like in the second century. This group photo emerged from that visit to ancient Jerusalem.

A special dinner capped the tour this evening. We reflected on how this journey has nurtured us spiritually and intellectually. Once again we sang together, noting that music has been important on this trip. We lingered after the meal—it’s hard to say goodbye to new friends with whom we’ve bonded. “Next year in Jerusalem!” someone said—and all agreed it was a good idea.