At Zaanse Schans, windmills are preserved, and in some cases, still used.

In the morning we went to Asperen to learn and reflect on Anabaptist martyr Dirk Willems. After escaping his imprisonment, the iconic print from the Martyrs’ Mirror shows him saving his guard’s life—because he believed Jesus meant what he said when he taught us to love our enemies (Mt. 5:42-48). 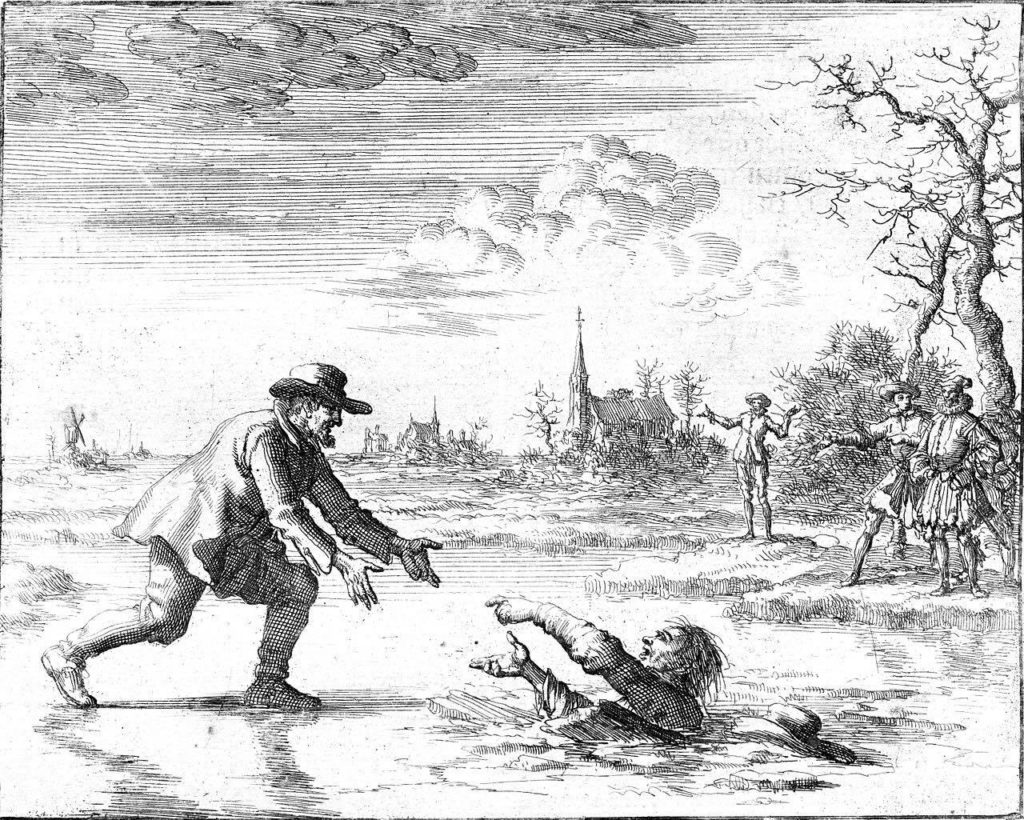 He was arrested again and locked in stocks and chains in the church tower in the distance until his execution. We paused at the Hondengat where Dirk saved his guard, and at the Linge River where he was burned to death in 1569. 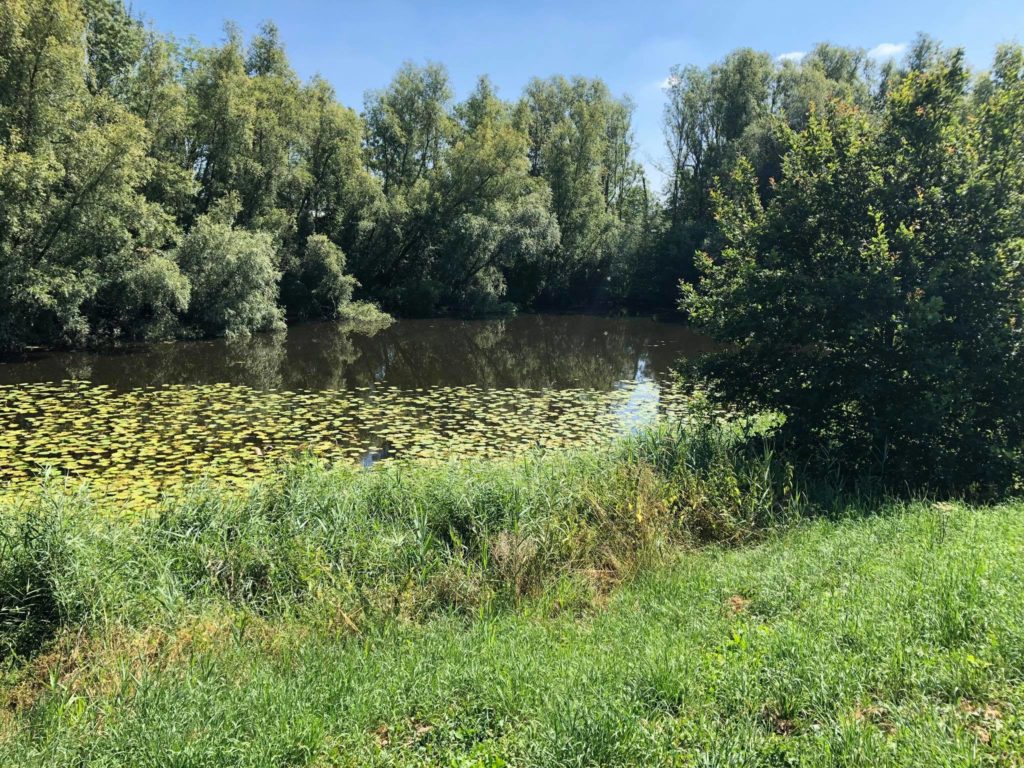 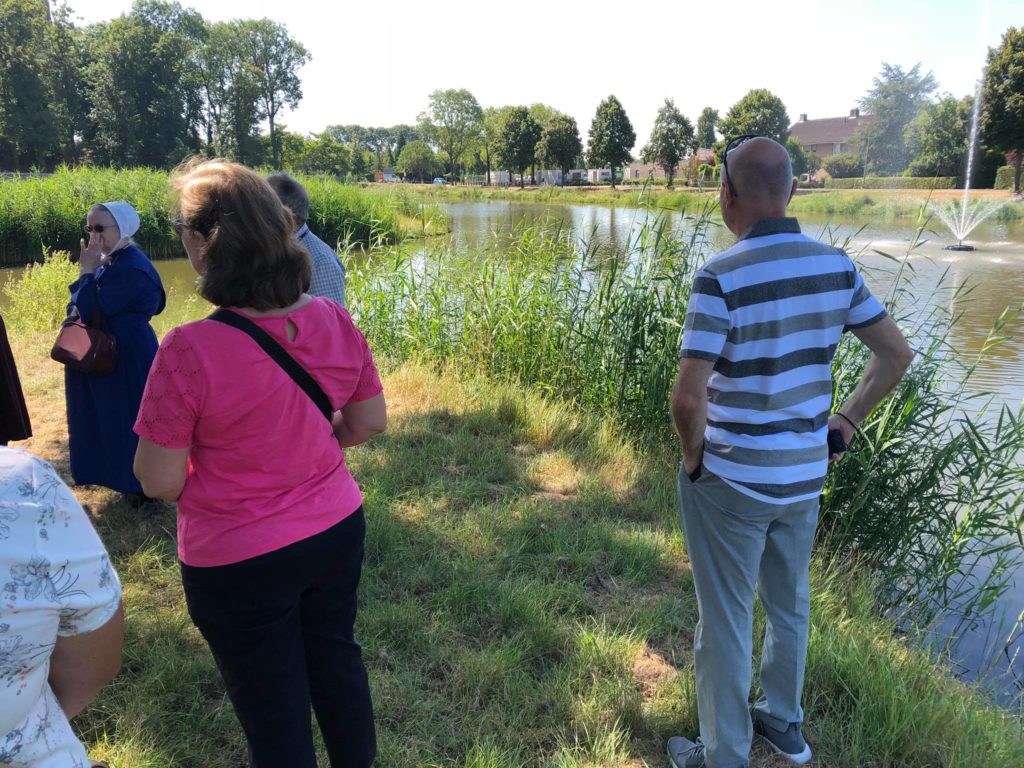 He is remembered here not because he was Anabaptist, but because he resisted the Spanish occupation. A street, a path and a walking trail are named for him. 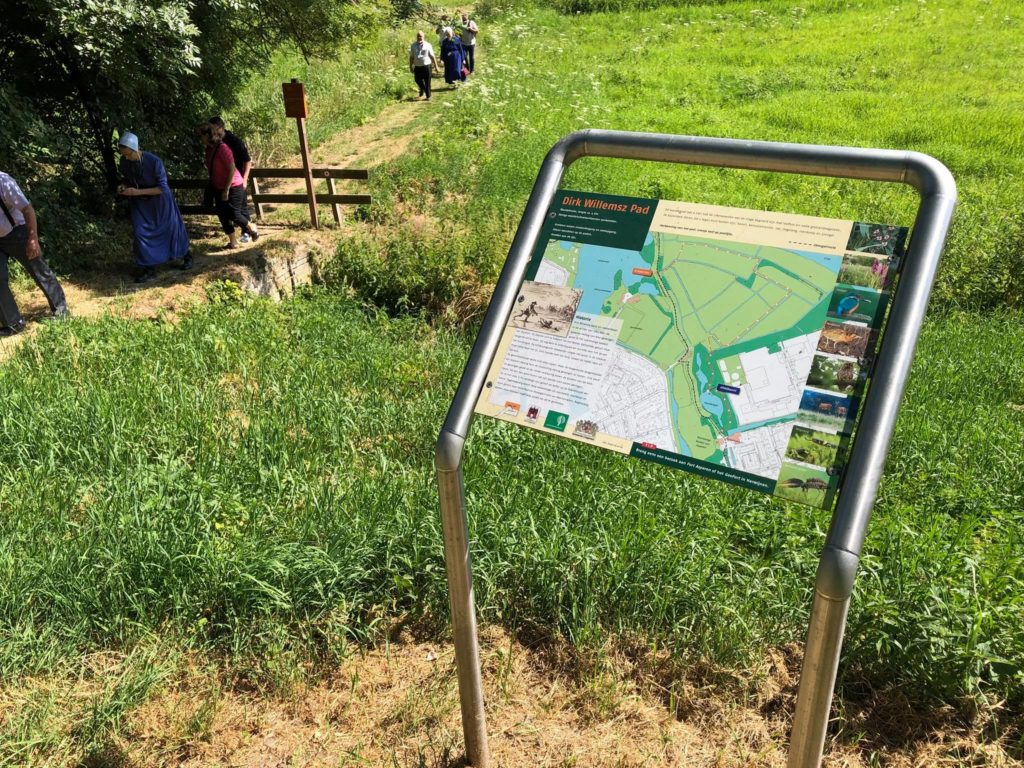