Tour Storyteller, Len Friesen is a professor of history at Wilfrid Laurier University in Waterloo, Ontario and a member of Waterloo North Mennonite Church. He holds a PhD from the University of Toronto and is the author of several books including “Transcendent Love: Dostoevsky and the Search for a Global Ethic” (2016).   He was married to Mary (Burkholder) in 1977 (time flies!); together they have three adult children, two “in-laws”, and five grandchildren.  Len has been fortunate to see a good deal of this world, though he highlights a year spent with Old Order Mennonites in Wellington Country, Ontario,  and another year spent in the Soviet Union in the 1980s.  Beyond that, Len has led tours across Europe, Russia and Ukraine, and South Africa, many of these with TourMagination where he appreciates the informal interactions with those who sign on. “It’s unlike any other tour company I know; it really is travel with a purpose. TourMagination builds community in life-changing ways, and we’re delighted to be associated with it,” Len says. 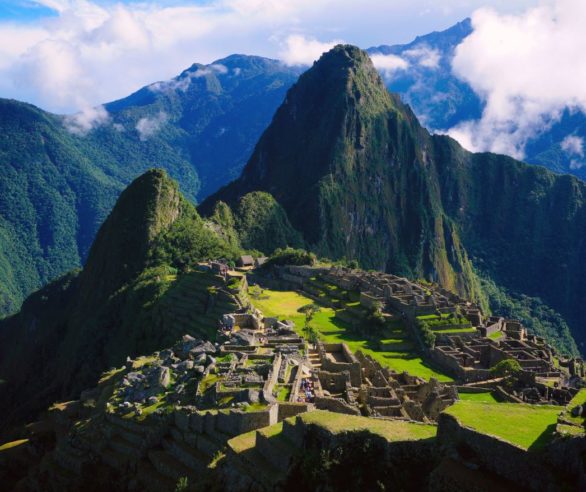 2023 Peru: The Sacred Valley of the Incas

On this awe-filled tour of Peru, immerse yourself in the ancient Incan civilization as you visit spectacular ruins in Pisac, Ollantaytambo, and Machu Picchu and as you encounter remnants of that culture in our time. The Incas ruled a vast empire along the Western coast of South America from about 1400 to 1533 AD. They left behind unique art and architecture and were known for adapting natural landscapes with terracing, highways and mountaintop settlements set impossibly high in the Andes. Also tour the city of Cuzco, a UNESCO World Heritage Site with an intriguing blend of stone walls built by Incas, Spanish colonial architecture and modern buildings. Tour leaders Len and Mary Friesen make every tour an experience as they take travellers to see hidden gems. On this tour they will share a part of the world they first encountered in 2005.