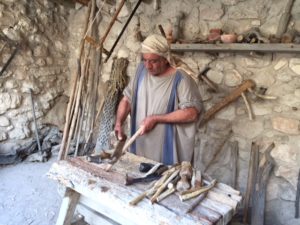 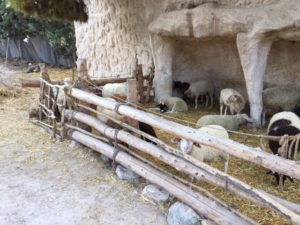 Today our tour group drove through Cana of Galilee, where Jesus performed his first miracle, on the way to Nazareth. What was once a sleepy village of perhaps forty homes in Jesus’ time has become a bustling, modern city of 80,000 people crowded onto the sides of the hills.

We visited the Franciscan Basilica in Nazareth, which honors the memory of the Annunciation of the Lord, the appearance of the Angel Gabriel to the virgin Mary. We enjoyed viewing the many pieces of art contributed by nations from around the world in honor of Mary, the mother of Jesus.  The large edifice reflects the history of the area from the Byzantine period to the Crusades, as well as the modern era. 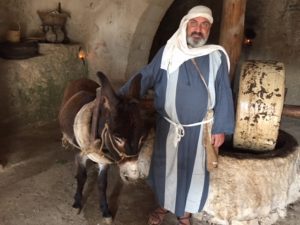 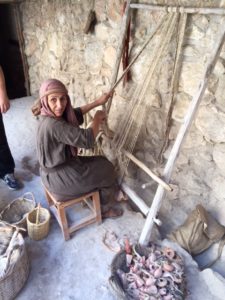 And then we spent several hours at the Nazareth Village, which seeks to accurately represent first-century life in a small farm and village on a hillside location where Jesus may well have walked and taught in his home town. With the help of a guide and local actors, we gained new insights into the meaning of scriptural sayings and depictions of life in Jesus’ day. The tour ended with a lunch with food like that which Jesus ate. The accompanying photos show several scenes from our walk through the village.

After lunch, a local pastor named Bader Mansour shared about their church’s participation in Israeli society as Arab Christians, and the discrimination they face as a minority group. He and his wife Rula have taken on the role of peacemakers in the midst of the conflict between Jews, Muslims and Christians in this contested land.