You see, today was a free day in Zaporozhye, one without any schedule.  It was a welcome break after several intense days in this very setting, and so after Molotschna and Chortitza, after visits to cherished family sights and a only dimly encountered past, we finally had the chance to let our hair down.

At least for those with enough hair to let down.

Two of our number went to the Mennonite daughter colony of Zagradovka, and had their own personal encounter with the past.  I led a group down Sobornyi Prospect to the daily market, a true gathering place for the people of this city.  I love taking groups to places where no other tourists would dare travel, and this was surely such a place.  We walked about, tasted pickled garlic and cherries (though they weren’t pickled!), had yet some more ice-cream, and generally took in the sights. 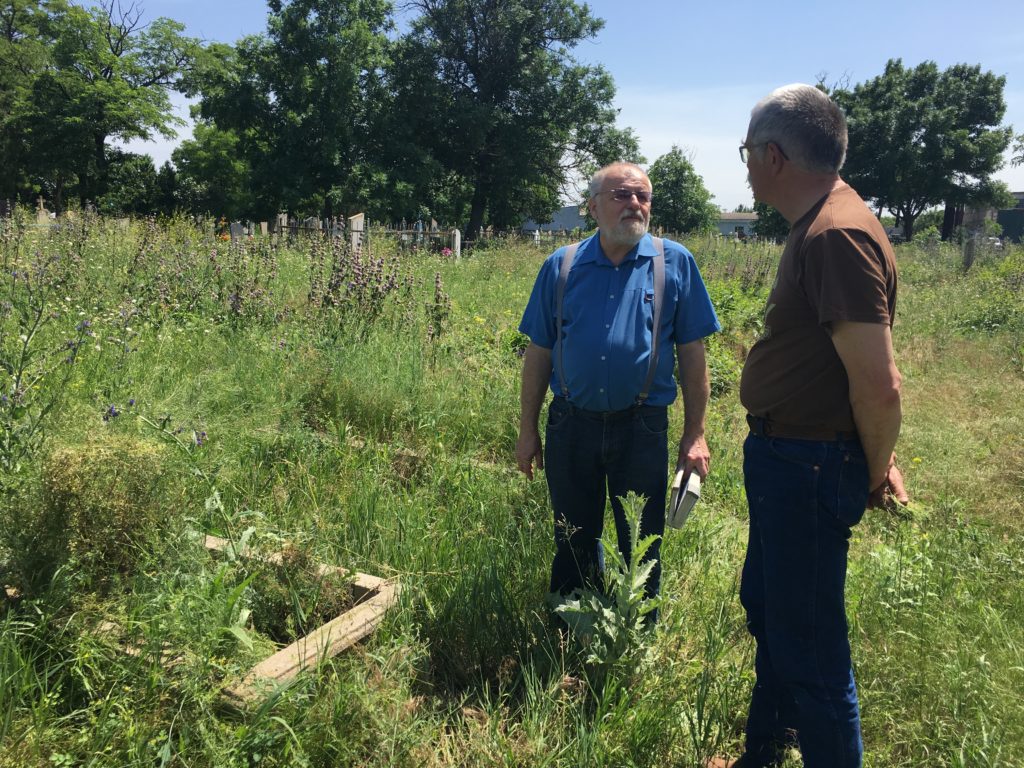 The two who went to Zagradovka found about six Mennonite graves in the cemetery at Orloff and could read some of the names. Victor Penner, tour member, discussing with Victor Penner, guide. (No that’s not a typo, they both have the same name!).

Then a bit of souvenir shopping, followed by a visit to the local Art Gallery where we saw the work of local artists. It was immensely impressive, a hint of Stalinist Socialist Realism for our time.

Then noon, and not at a Sportsbar this time but at another local restaurant called “Teplo”, which means “Warm”, which seemed disconnected to the meal itself, which was wonderful.

Then a bit of a break over the mid-day before a group of us rode on a “Marshrutka” (mini-van) to the “Socialist City” that defined this place in the early 1930s.  It’s something that I’ve wanted to do for years, and was such a rush.  This is such a fine group because the ones who joined me were equally taken up with this adventure into what a Modern Progressive City was to look like at a time of general Stalinist devastation.  Amazing stuff.

Others rested, sat in cafes, sat elsewhere and enjoyed a glass of wine, or had a nap, or shopped for souvenirs, or read. 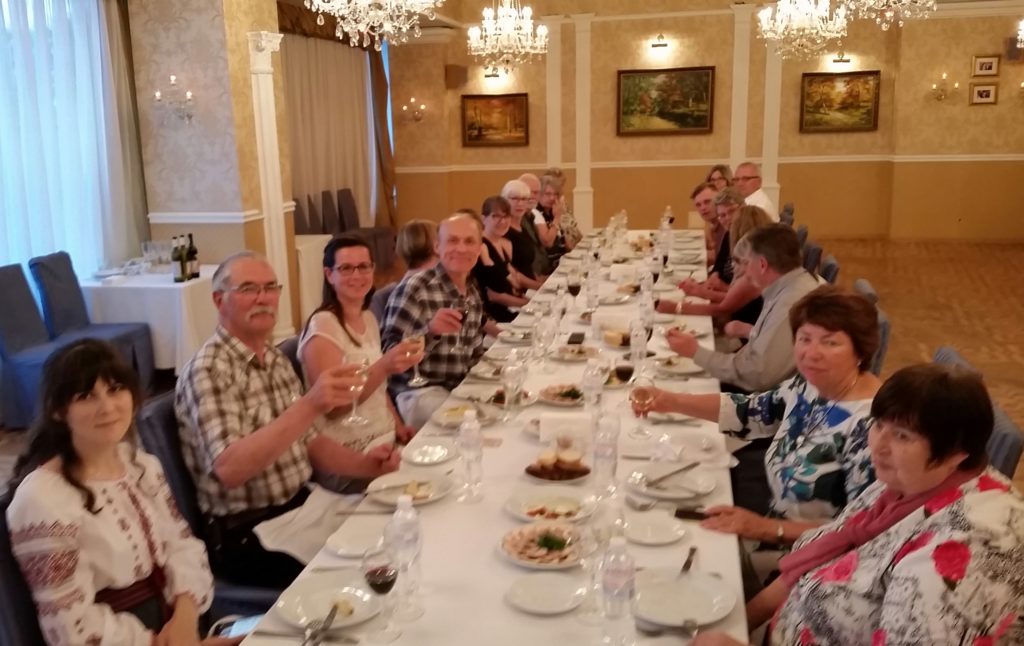 We leave tomorrow for Odessa.  Beautiful Odessa.  The Hint-of-St.-Petersburg that is Odessa.