Ukraine, Day 4 – From Kiev to Zaporozhye

Ukraine, Day 4 – From Kiev to Zaporozhye

Here is when the full weight of this trip hit home for us as a group.  We had left Kiev very early this morning via train for Dnipro, arriving at about noon today.  After a lunch in this chestnut-lined city formerly known as Ekaterinoslav (Catherine’s Praise) we continued on.

After one formerly Mennonite village stop-in we went to Eichenfeld (now known as Dubovka).  136 mainly-Mennonite-men were massacred here on barely more than a few hours in October of 1919.  Wives and children who survived fled in terror to neighbouring villages, and from that point on the village itself was deserted for years.

We drove through this village, now inhabited again, and stopped at the very sight where Harvey Dyck of Toronto spearheaded the memorialization of this tragic event.  Thanks to the creative work of designer Paul Epp a memorial was unveiled in 2001.  It is a simple marker that I cannot adequately describe; you just have to see it. 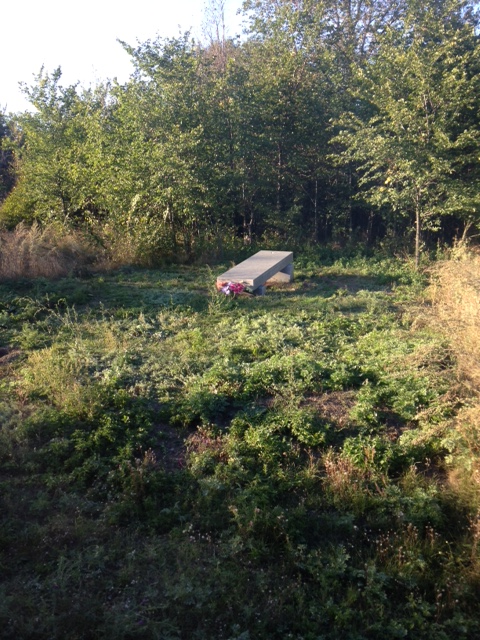 We were especially moved to learn that one of our group had lost his own grandfather in that tragedy, and we were moved to learn that local villagers fully supported this moving memorial.  The only words that broke the silence were these:  “Eternal Rest grant unto them Oh Lord, and may perpetual light shine upon them.  May they rest in peace.  Amen.”

After that we drove through the outskirts of Zaporozhe  until we reached our Intourist Hotel, where many other tours have stayed.  That is our heritage, and this is the place we need to be.  Not even 24 hours in this important city we are fully and all in. 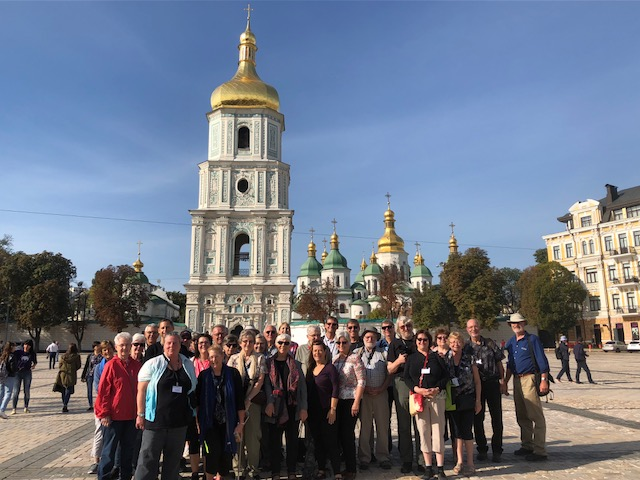