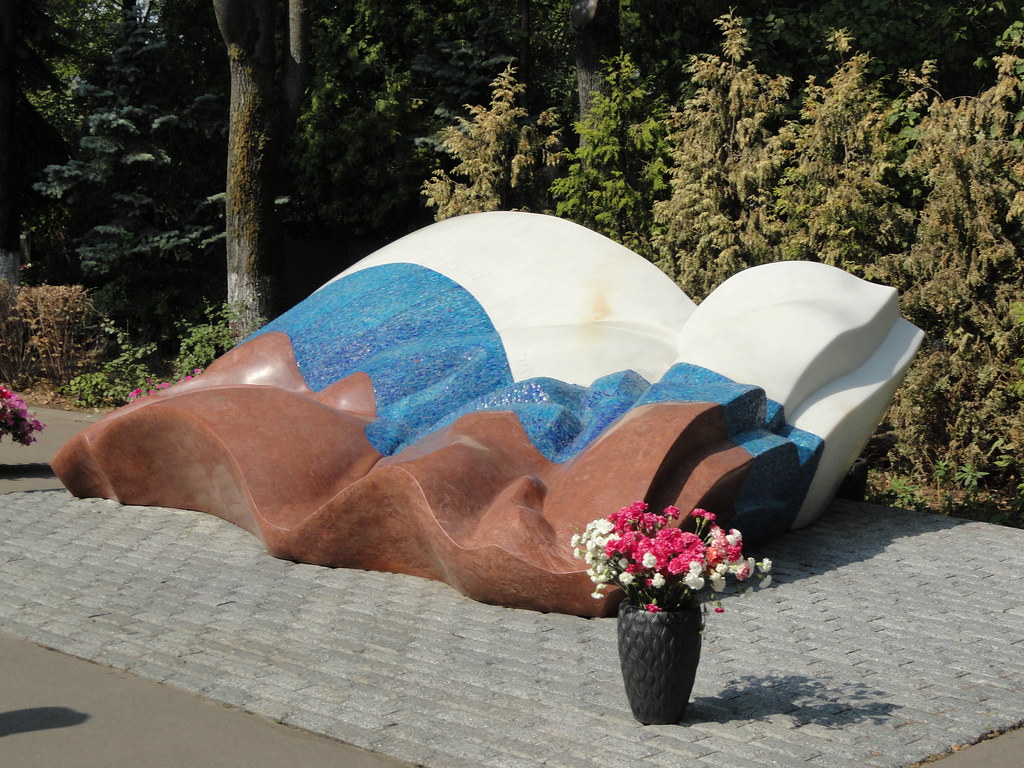 So an amazing encounter just now in Moscow.  We were toward the end of our day-tour.  We were on our own after a rich morning in the famed Tretyakov Art Gallery, after earlier stops at the impressive Christ the Savior Cathedral and the Sparrow Hills lookout.

We were near the end, and happened to be in the Novodevichy Cemetery where so many important Russian personages are buried:  Stalin’s second wife, Chekov, Gladkov, Khrushchev, Mrs. Gorbachev and, among others that we stopped at, Yeltsin, the controversial first President of Russia. We were in front of this rather unusual cemetery stone when a police officer suddenly rushed up.  “You have to leave the area immediately”, he told me, “the wife is coming.”  Whose wife, I asked?  He told me it was Yeltsin’s widow, and within minutes we indeed saw here come up to her husband’s grave, bow, place flowers, and say a prayer.  We were only meters away, with the only condition that we not take pictures.

It was an amazing moment, utterly remarkable.  It is what it is like in this world-class city, all compressed into a single unanticipated encounter.

We’re resting now for a bit and will head out on our Grand Tour of the Moscow Metro Stations this evening.  There are about 5 or 6 that Mary will lead the group to, each different, and each justly celebrated.

Moscow.  An amazing place that is rich in history and seemingly full of promise.