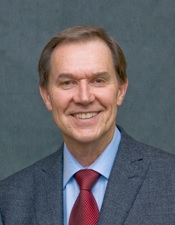 Jim Pankratz first became interested in India while studying Religion at McMaster University. He completed a Master’s degree in Buddhism and a PhD in Hinduism. He and his wife Goldine lived in Calcutta for two years while he did his doctoral research and during that time they travelled widely in India. Later they lived in Bangladesh for three years and travelled to India frequently. He has led tours of India for Canadian and American university students. Throughout his career he has taught courses and done research in world religions, Indian history and culture, Christianity in India, and Gandhi. India changed his life. He still finds it intriguing, challenging, and enriching. Currently Jim is the Interim President of Conrad Grebel University College at the University of Waterloo, Ontario. Previously he was Dean of the College for nine years.