Sites and Sounds of Buenos Aires

Sites and Sounds of Buenos Aires 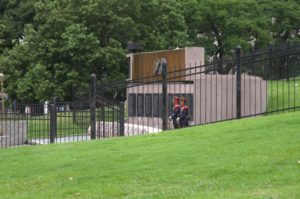 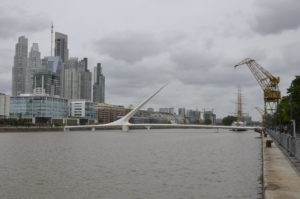 Walking the wharf along the Puerto Madero

Following some challenging flights due to winter weather issues in eastern North America we all managed to settle into the luxurious Hotel Emperador located within walking distance to the Puerto Madero, a historic port city featuring a series of restored shipyard buildings now occupied by exclusive restaurants and condos. Those of us who arranged to arrive into Buenos Aires a few days earlier managed to tour some of the very interesting sites on our own or with a local guide. There was even time to shop for a few essentials along the popular Florida Street pedestrian mall.

New Year’s Eve festivities took place all over the city and it seemed no locals remained at home as tens of thousands of people lined both sides of the wharf area of Puerto Madero for the multiple fireworks displays which seemed to go on for over an hour leading up to and after the clock passed midnight. What a fun way to begin our tour and bring in 2018. 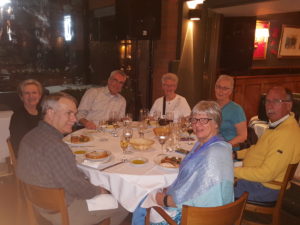 On Tuesday, January 2 we gathered for a very early breakfast and then boarded buses to head to the domestic airport where we joined almost 200 other people from around the globe for our charter flight destined for Ushuaia at the southern-most point of South America. It was here where we met the crew of the MS Fram, our expedition ship which will take us safely across the Drake Passage before we arrive to the first of many amazing Antarctic excursions.

This will be a trip none of us will ever forget.