Sights, sounds, and smells of the South Shetland Islands, January 5

Sights, sounds, and smells of the South Shetland Islands, January 5 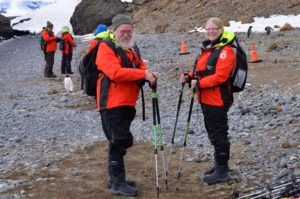 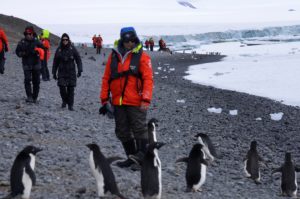 We arrived at Brown Bluff early in the morning after cruising across the Bransfield Strait. This is the most northerly point of the Antarctic peninsula and this would be our first actual landing.

The excitement was building as we prepared to board the Polarcirkel boats as this would be the opportunity for many to check off a significant achievement in their personal bucket list which was setting foot on a seventh continent. 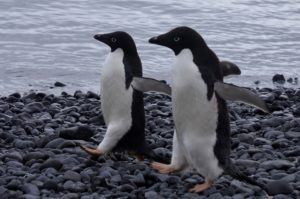 When we landed on shore we were greeted to the noise and the unique smell of thousands of Adélie and gentoo penguins who have for hundreds of years returned to these shores to build rookeries (nests) to raise their young until they become independent and start their own breeding process. 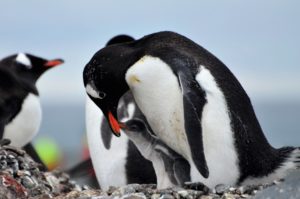 It was fun to watch the action within the colonies as parents returned from the water to feed the chicks, some barely out of their eggs and some chicks already half the size of their parents. It was also entertaining to watch some of the adults get caught stealing stones from adjacent nests which caused a lot of arguing and noise among other issues only the penguins understood. 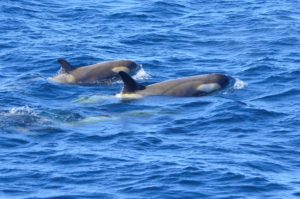 Once we were back on board, the MS Fram set out along the eastern coast of the peninsula in a southerly direction to take in the amazing sights of numerous flat icebergs which had calved from the glaciers and the well-known Larsen Ice Shelf. 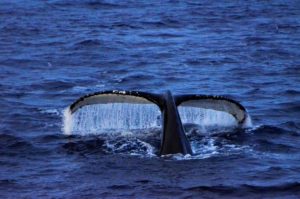 This short detour offered a number of very entertaining sightings of both humpback whales and orcas. By early afternoon the captain made an intentional U turn and then headed north eventually taking a left turn into the Antarctic Sound toward our destination for the following day’s excursions in the South Shetland Islands.