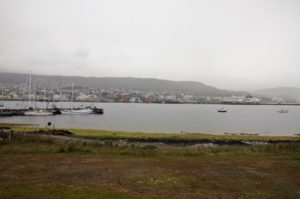 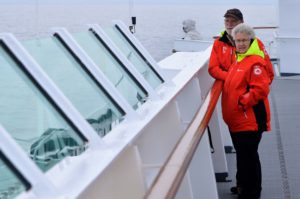 Shirley Ratzlaff and Dave Frey soaking up the ocean view

Our charter flight to Ushuaia (the most southerly city in the world) arrived without issue and after we claimed our bags we had about four hours to enjoy some local excursions or visit the shops down the main street. The initial heavy rain did not deter anyone from taking advantage of the limited time in this unique community at the most southern point of Argentina.

In the late afternoon we boarded the MS Fram and settled in for the voyage across the notorious Drake Passage. This initial part of our Antarctic adventure began with a very rare experience crossing this massive body of water where the Atlantic and Pacific Oceans meet. It was just over 40 hours of very smooth, almost pristine waters with virtually no wind and what the captain described as a ripple (gentle rolling waves 4 to 5 feet in height) as we sailed toward the South Shetland Islands. These conditions provided for a very restful night. 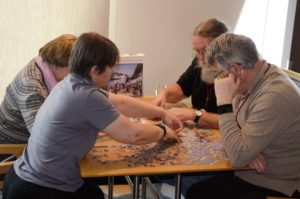 Socializing over a puzzle 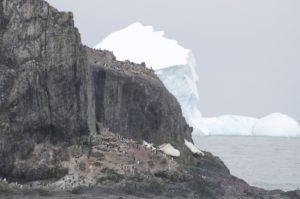 On Wednesday there was opportunity to take in some lectures by our very knowledgeable crew and even challenge a 1500 piece table puzzle in the activity room as we continued sailing south. The MS Fram is one of the largest ships in the Hurtigruten fleet and one of the best equipped vessels to sail these challenging ocean waters, particularly the north and south polar regions each year by this highly respected Norwegian sea faring company for over 120 years.

On Thursday afternoon we arrived at Point Wild on Elephant Island where Shackleton and his crew had to be rescued during his first introduction to Antarctica. 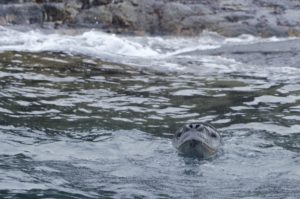 The ice and wave conditions prevented a safe landing so we were given an opportunity to take in the sights from the Polarcirkel boats. A number of boats were treated to a close encounter with a leopard seal and the professional photographer on the MS Fram managed to capture one of these seals devouring a penguin for its afternoon snack. 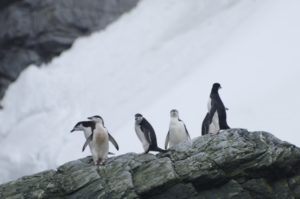 There were thousands of chinstrap penguins nesting in every direction along the shoreline. This first encounter with penguins was exciting knowing future excursions will be even more impressive as we will literally walk amongst the colonies of these interesting creatures.

The massive ice bergs that floated around us will now be a very common occurrence for the next 10 days. But we will continue to be overwhelmed by the scale of these impressive frozen objects knowing that at least 75% of each iceberg was actually below the surface of the water. We were also comforted knowing that the ship’s captain and his seasoned crew were well equipped and very experienced with navigating in and around these tricky waters. 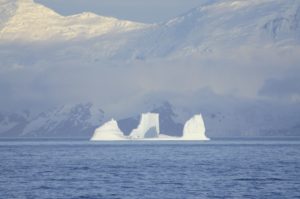 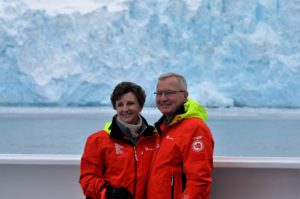 Our day ended with a wonderful plated meal in the dining room, served by a very friendly team of professionals. The room was filled with a hum of conversations in many languages as everyone was sharing their experience from the voyage so far.