It’s Sunday morning in Moscow, our last morning here.  Some are still getting going, others are at breakfast (and quite a spread it is), while still others have gone to their rooms to pack for today’s big shift. 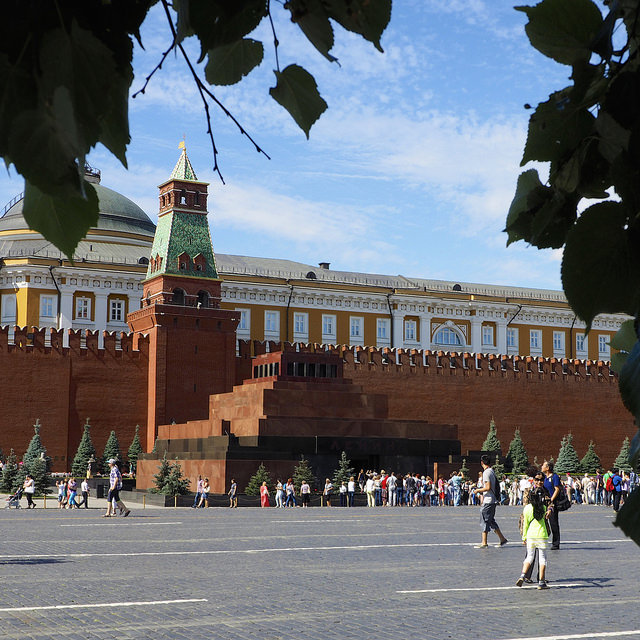 We had a wonderful day yesterday, and that despite the sometimes rainy weather.  Actually, one could say that the time of year only adds to the experience of this great city, with almost brooding clouds, leaves that have changed colour, and a darkness which adds a sparkle to the churches and walls of Moscow’s historical Kremlin.

We started yesterday morning by visiting , which is an experience unlike any other.  Doing so also allowed us to walk by the graves of all (but one, Khrushchev) past Soviet leaders, from Brezhnev to Stalin, and so there is much to ponder along that stretch of the famed Red Square.

Christ the Savior Cathedral was next, the largest Orthodox church in the world.  It is now the state church of Russia, and we were fortunate to be able to go to the heights of this great dome and gaze out at Moscow from all four sides.  Thereafter lunch and a visit to the Soviet-era art gallery of Tretyakov, on the banks of the Moscow River.  It’s a unique gallery and allows us a chance to see the work of Soviet visionaries and revolutionaries.  You see that art and can’t help but think of this as a land of great beauty and great tragedy.

By evening we ended up in three groups: some went to the circus, a true Soviet and post-Soviet cultural experience, others rested from a very busy day, and still others went on an informal tour of Moscow’s famed Metro (subway) system.

It’s hard to believe but our time in Moscow is almost at and end.  We’ll leave in an hour for the Leningrad Train Station where we will board the fast-train at noon for St. Petersburg.  So we’ll exchange this great medieval and Soviet city for the greatest of European imperial cities, as our most excellent adventure continues.