The Romanian Culture and Hutterite Heritage Tour began by exploring the historic city of Sibiu (Hermannstadt). Hermannstadt is an important site in the history of the Hutterites in Romania but also boasts a rich tapestry of other cultures and beliefs including Lutheran Saxon Germans, Calvinist Hungarians, Eastern Orthodox Romanians and others. This morning our group gathered outside the large Romanian Orthodox Cathedral as church bells rang and the beautiful sound of the a capella choir beckoned us to enter. 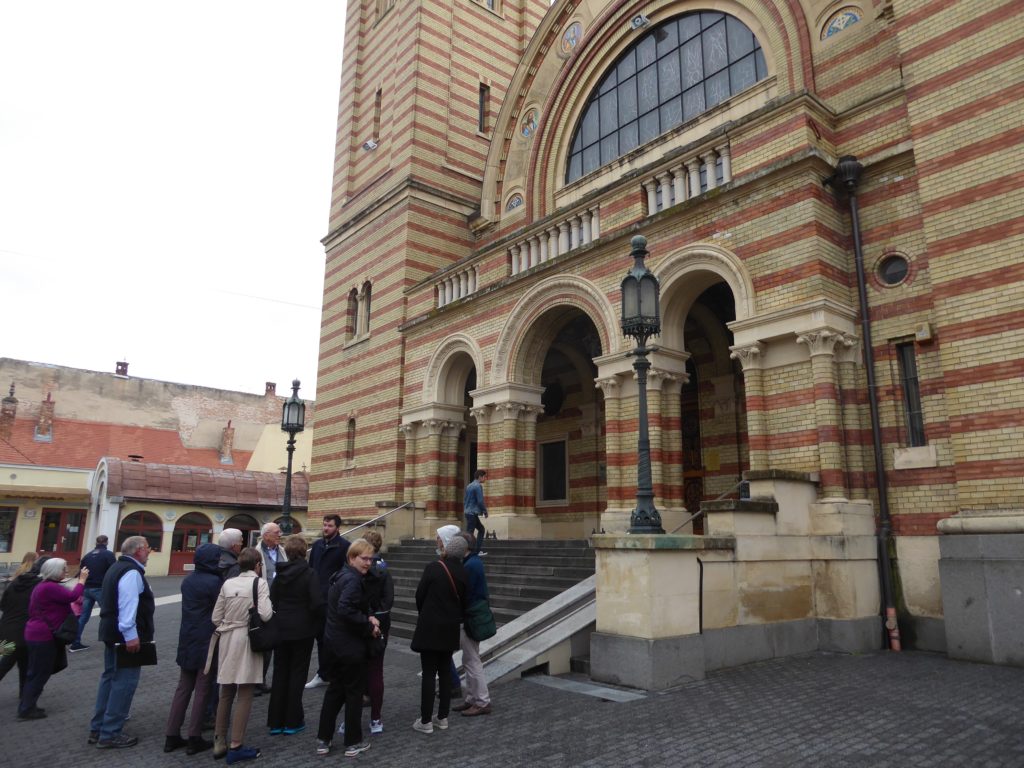 Inside the light from an abundance of candles glistened from the gold leaf of the icons that filled the walls.

The chants of the priest were responded to by the choir whose voices reverberated through the vast expanse of the cathedral’s interior. 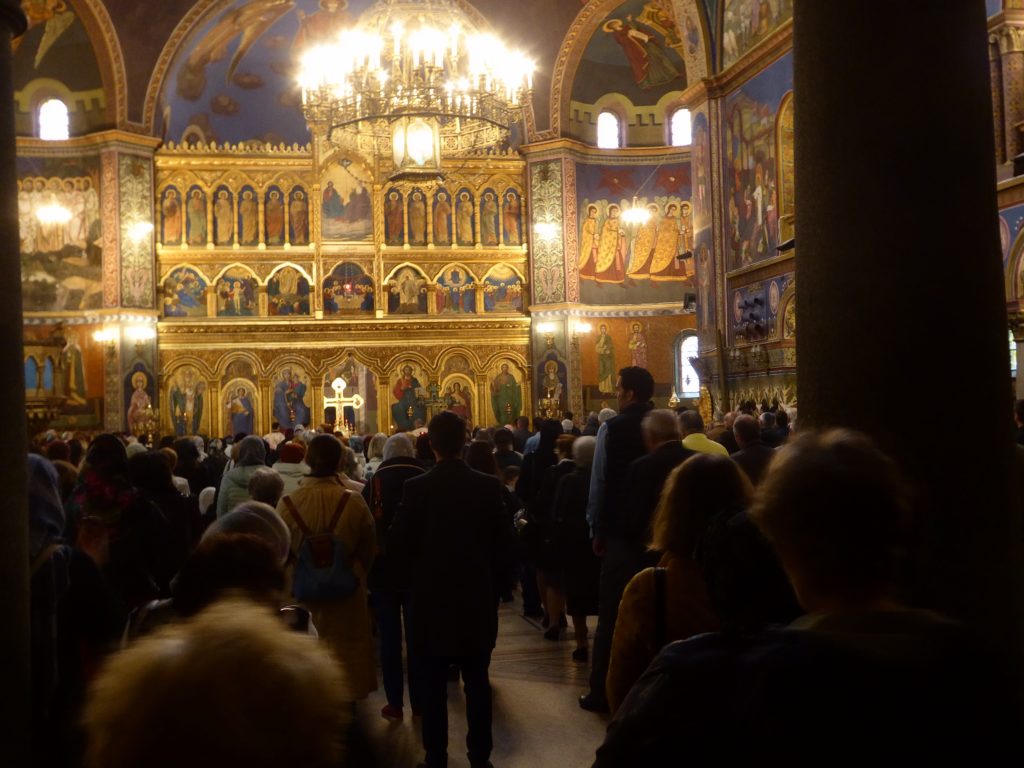 We wound our way through the crooked and narrow streets of the old town with the Lutheran Cathedral dominating the highest portion above us. 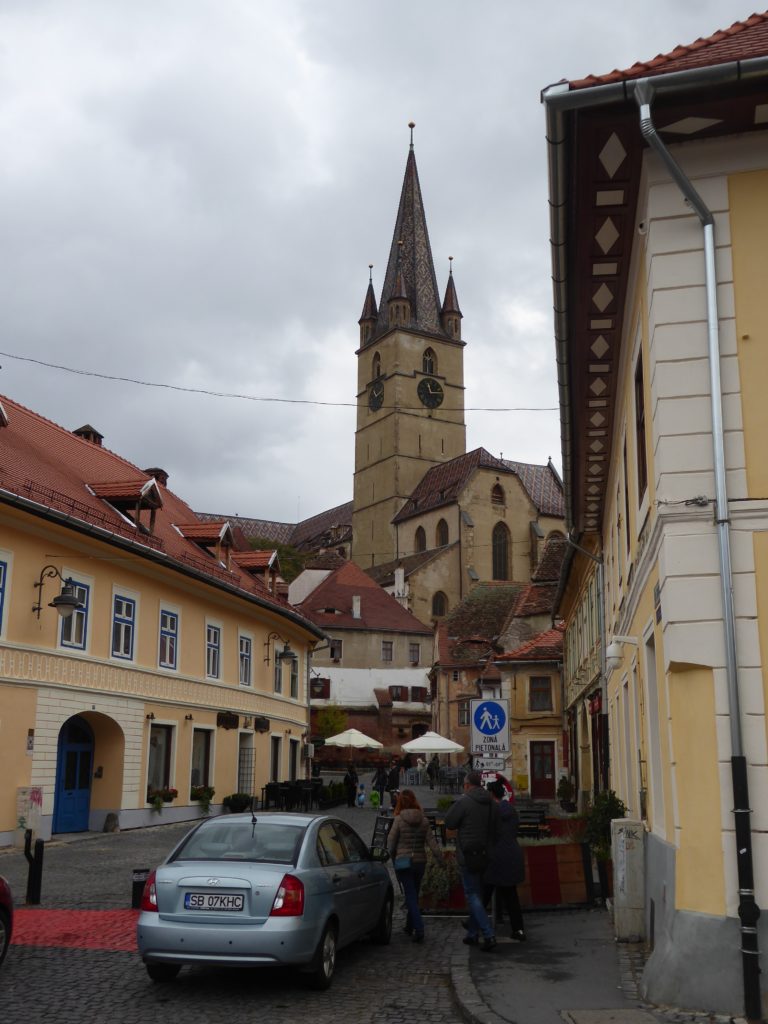 Nearby the Council Tower separating the small square from the large market square reminds us of the medieval history of the city. 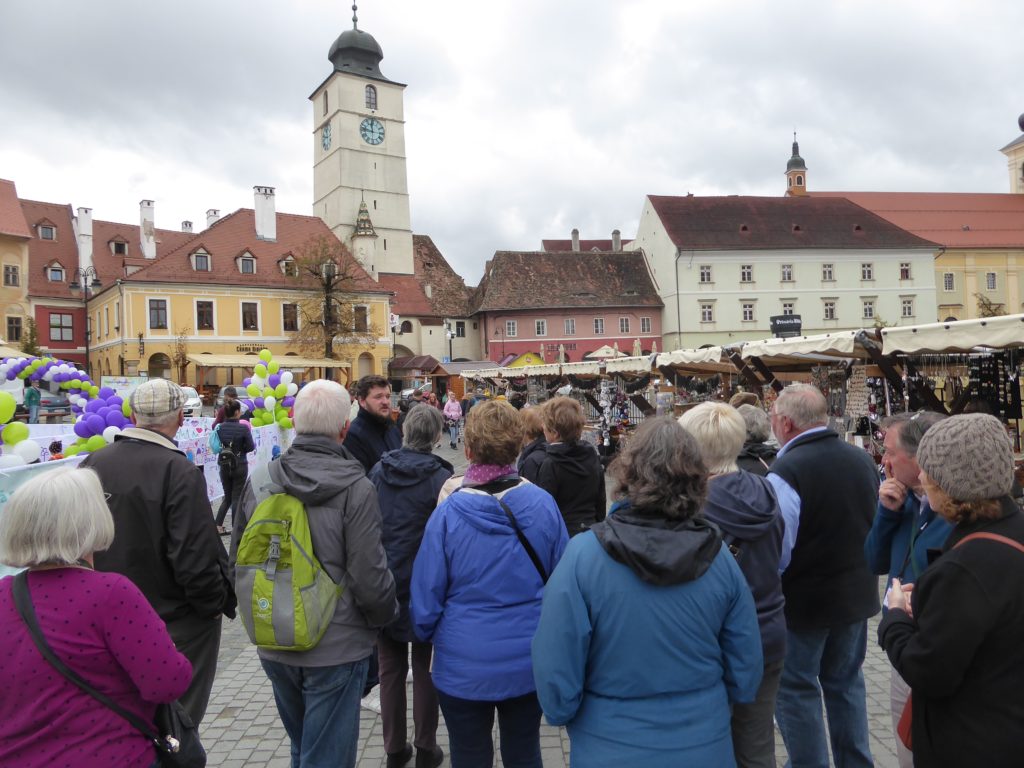 Nearby we visit the old City Hall which is now a historical museum. We received a special tour of numerous rooms in the cellar of the City Hall that are now used to display their collection of Roman antiquities. In the 1760s these rooms were used as a prison where numerous Hutterites were incarcerated including Johann Stahl and his family. His direct descendant Jacqueline Stahl Skibine contemplated what the conditions must have been like for her ancestors. 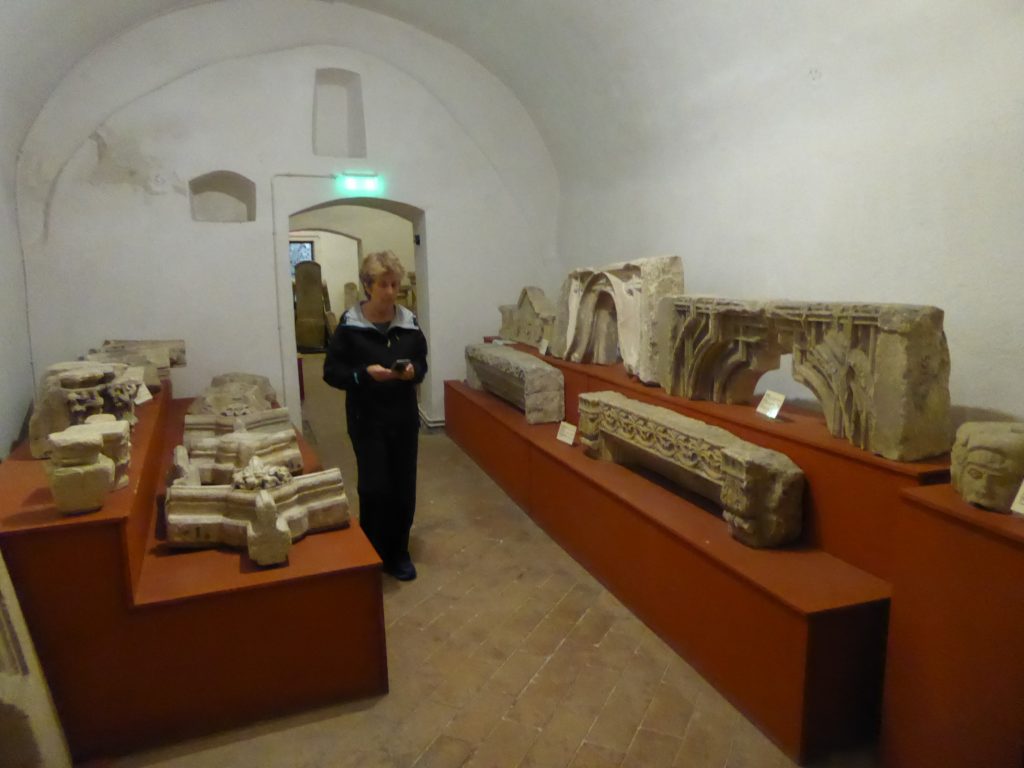