We were greeted by partly sunny weather with brisk temperatures as we began our first bus ride of the tour. On the outskirts of Hermannstadt (Sibiu) we stopped at the Maria Theresa monument in front of the former orphanage that was under construction in 1767. We crowded around the base of the monument for our first group picture. 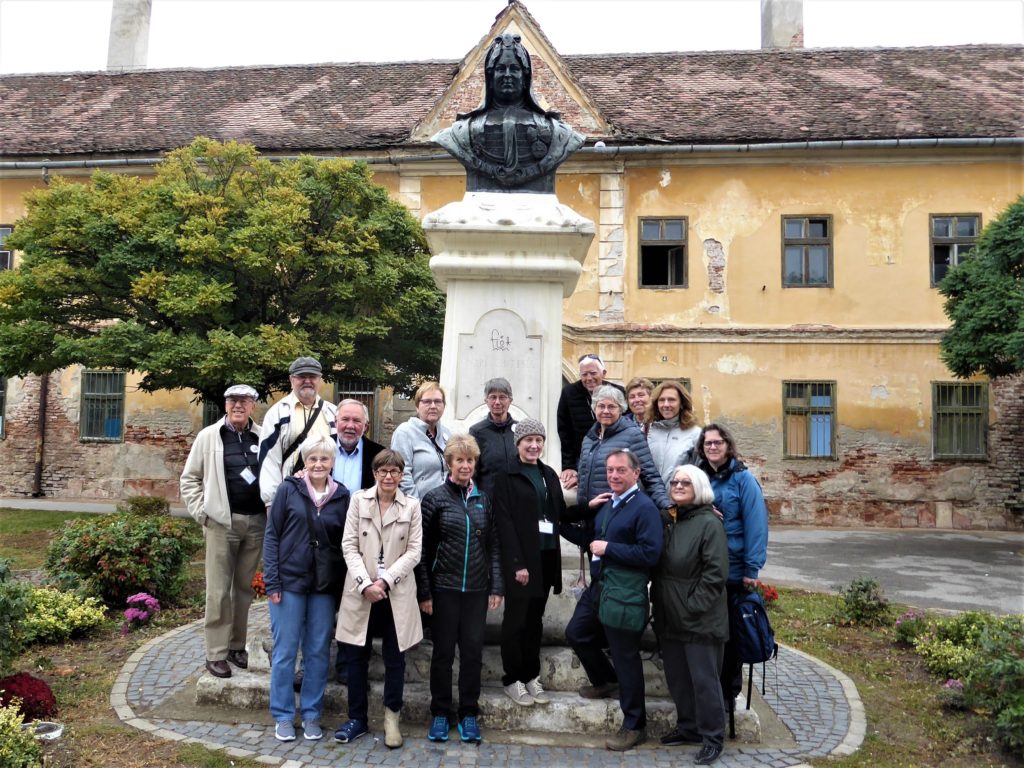 The Jesuit plan was to descend upon the Hutterite community at Kreuz with a contingent of Austrian troops after the orphanage was complete.  Each Hutterite family was to be given the chance to recant or have their children removed and placed in the orphanage. The adults would be either imprisoned or banished from Transylvania. Today that orphanage stands empty just like the new building stood empty in 1767 when the 77 remaining Hutterites, 30 % of them children, managed to escape over the Transylvanian Alps to freedom in Muslim-controlled Wallachia. 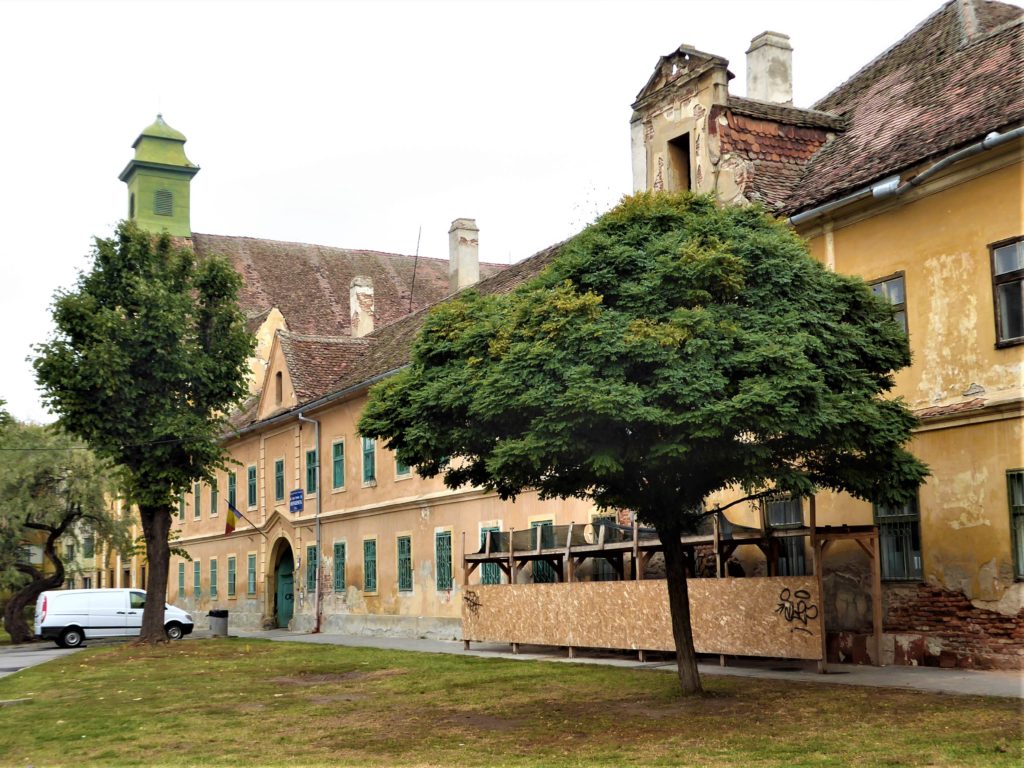 Our first face-to-face introduction to Saxon German fortified churches was realized at St. Michael in the village of Cisnadioara. Built before the Mongol invasion of 1241, the fortress was bypassed by these invaders. The building no longer serves as a church. 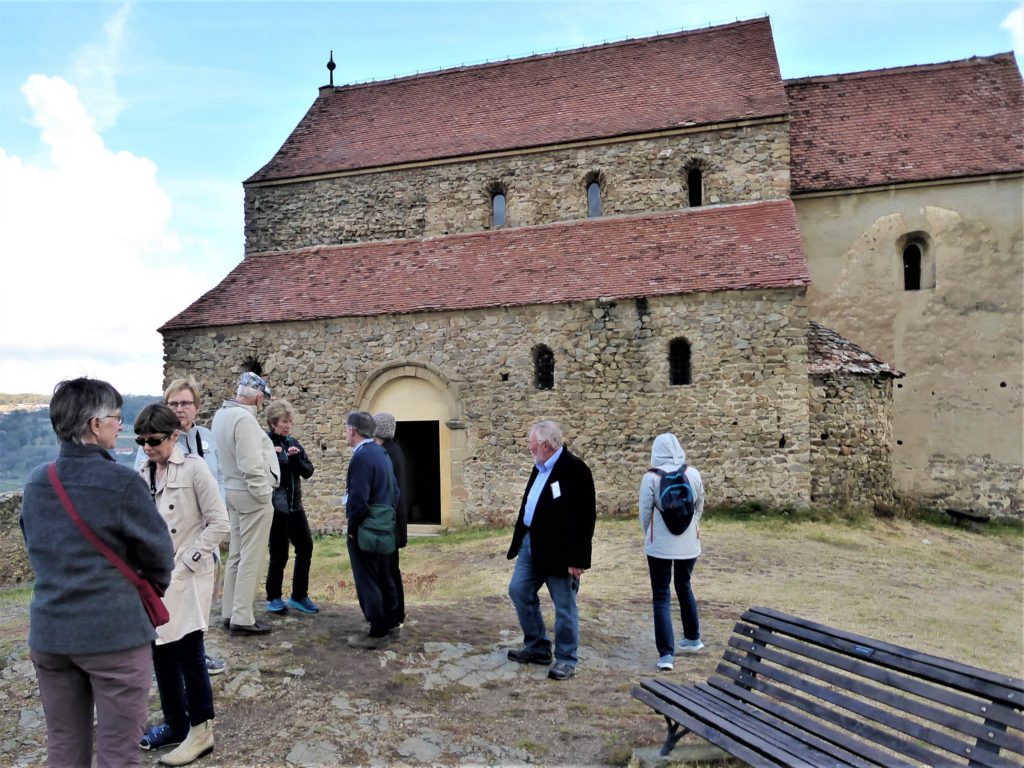 Inside is a memorial to the Austrian soldiers that died in WWI during the invasion of Transylvania by the Romanians in 1916. 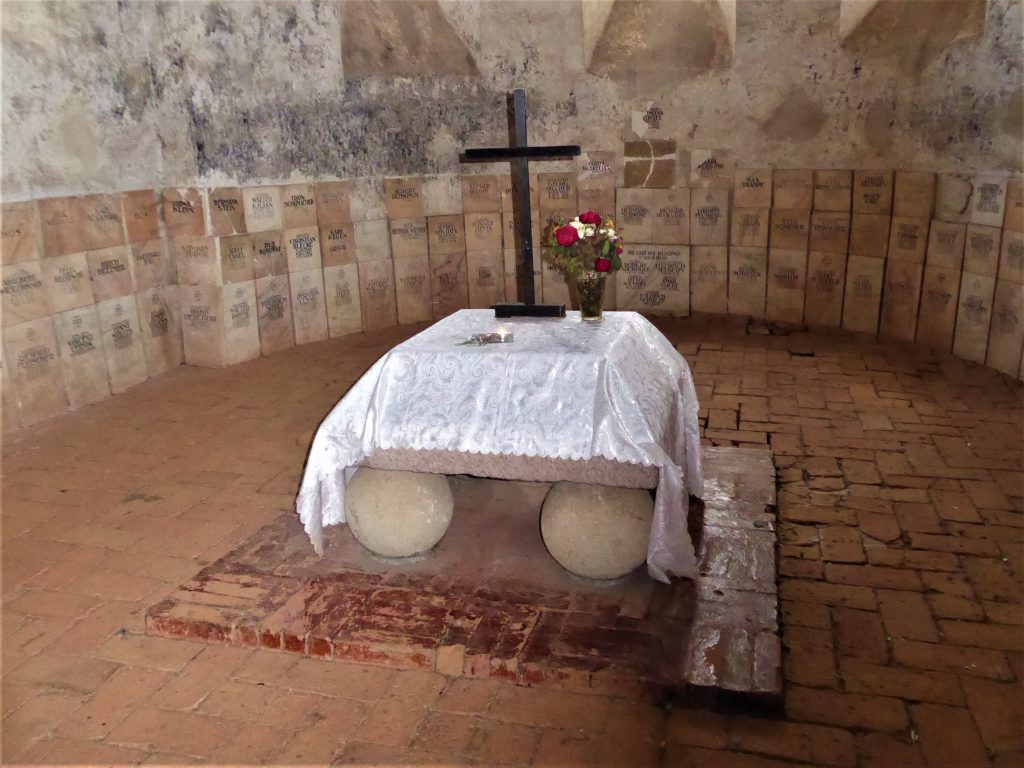 Our next stop was at the open-air Museum of Folkloric Traditional Civilization where distinctive structures have been relocated to this unique museum from all over Transylvania. Many forms of windmills were displayed at the Museum. We saw a structure made of woven twigs which is an example of an early corn crib. And a roof being thatched is a fascinating image to those of us who have never viewed the process. 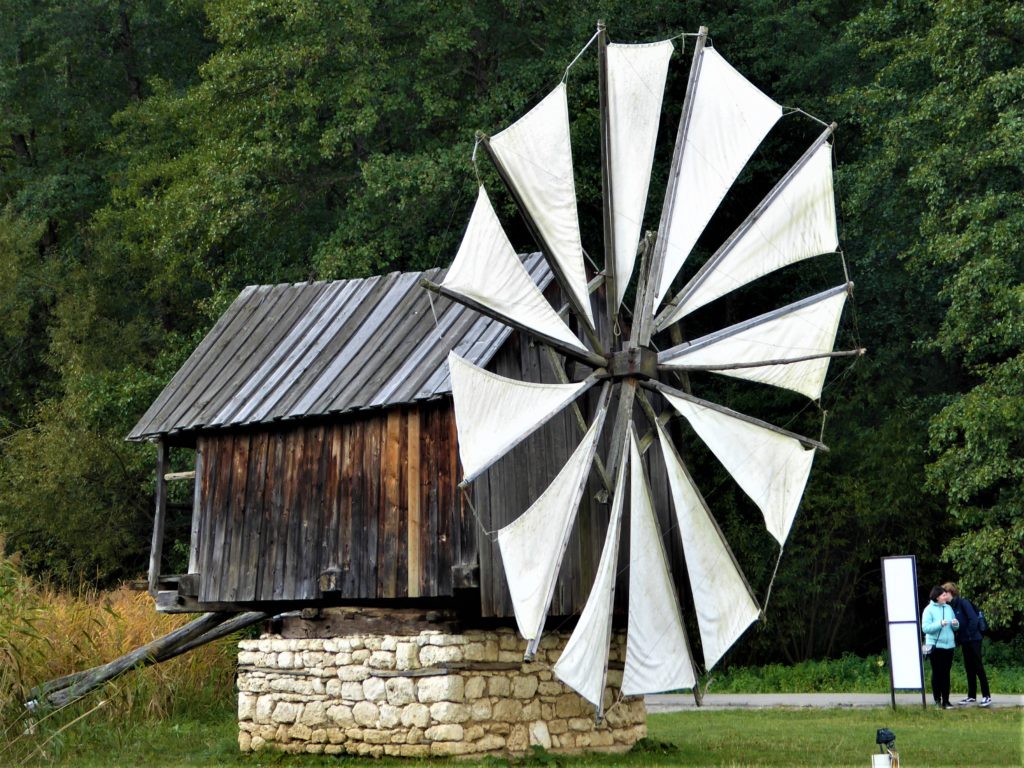 One type of windmill at the museum 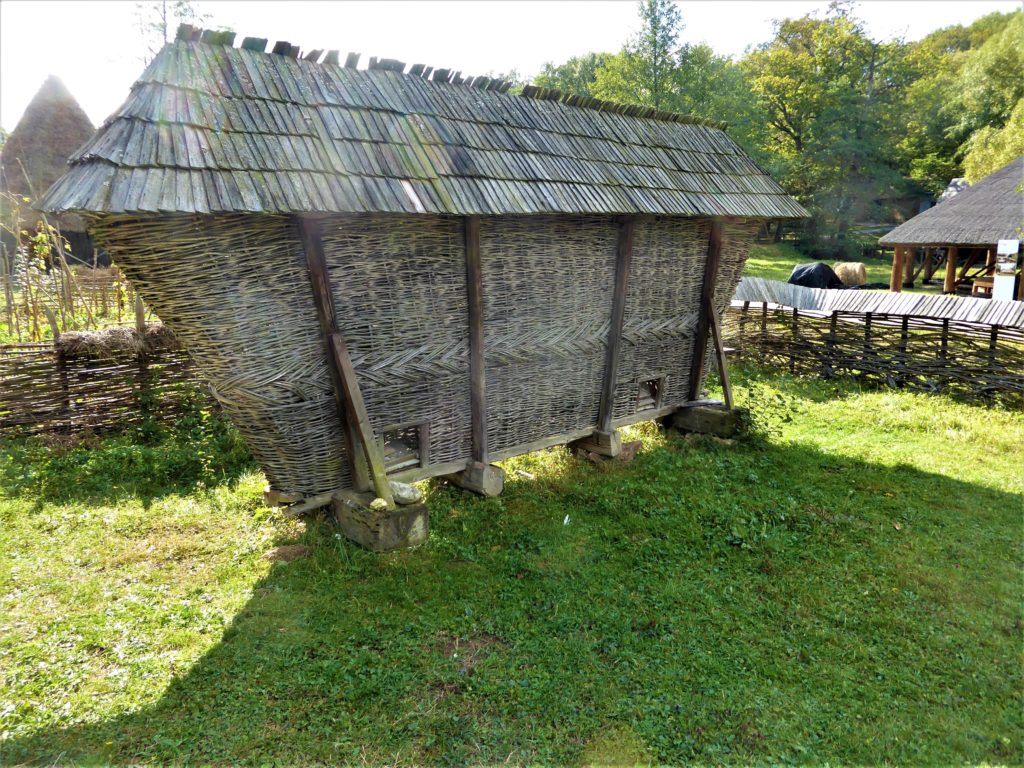 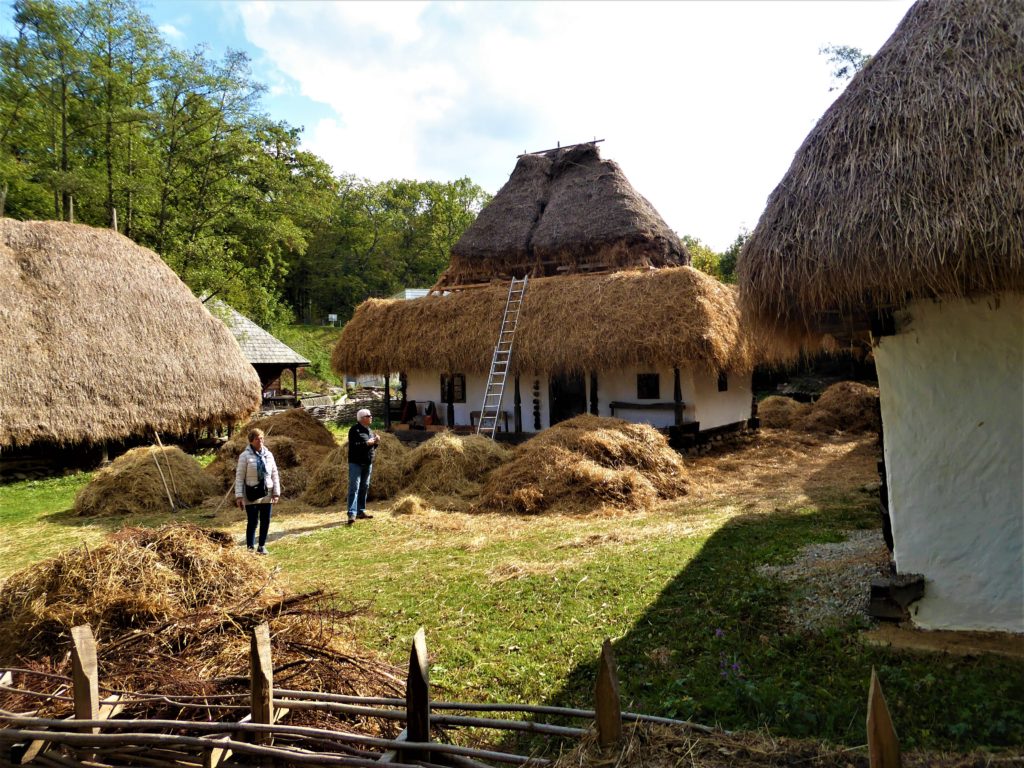 We stopped for lunch at one of the restaurants within the park that specializes in traditional Romanian dishes. Fine food and a pleasant day resulted in a pleasant atmosphere for the tour to get to know each other better. 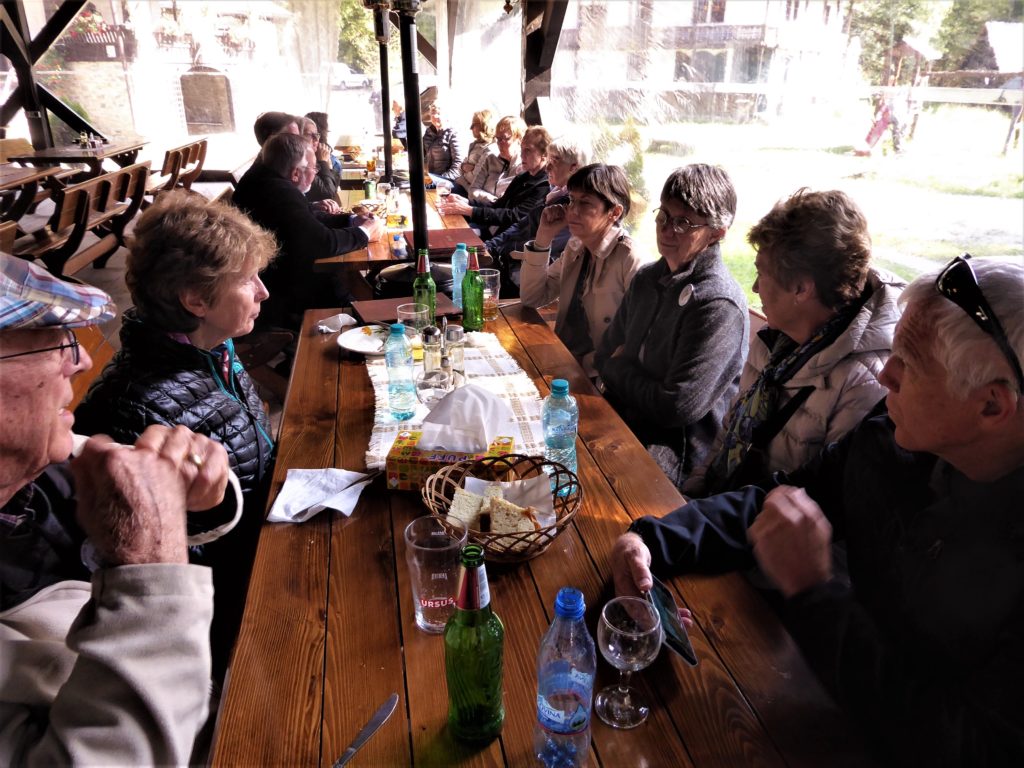