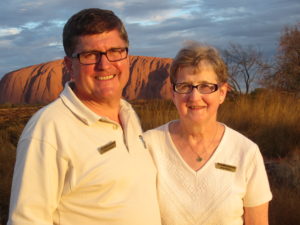 With sadness, we announce that former TourMagination co-owner Janet Martin passed away suddenly on September 7th, 2016. Janet and her husband Wilmer were owners at TourMagination for more than 40 years. During that time, Janet co-led many tour groups to Europe, the Holy Land, Australia & NZ and other countries.  Janet also worked in the TourMagination office for many years. She is remembered for her gentleness, wisdom, excellent administrative skills including proofreading and major support to Wilmer and staff.  Janet will be deeply missed by Wilmer, her husband of 52 years, her daughter Janelle, son Alan and his wife Christiane, as well as her two grandchildren.