Home Tour Journals On Top of the World

On Top of the World

On Top of the World 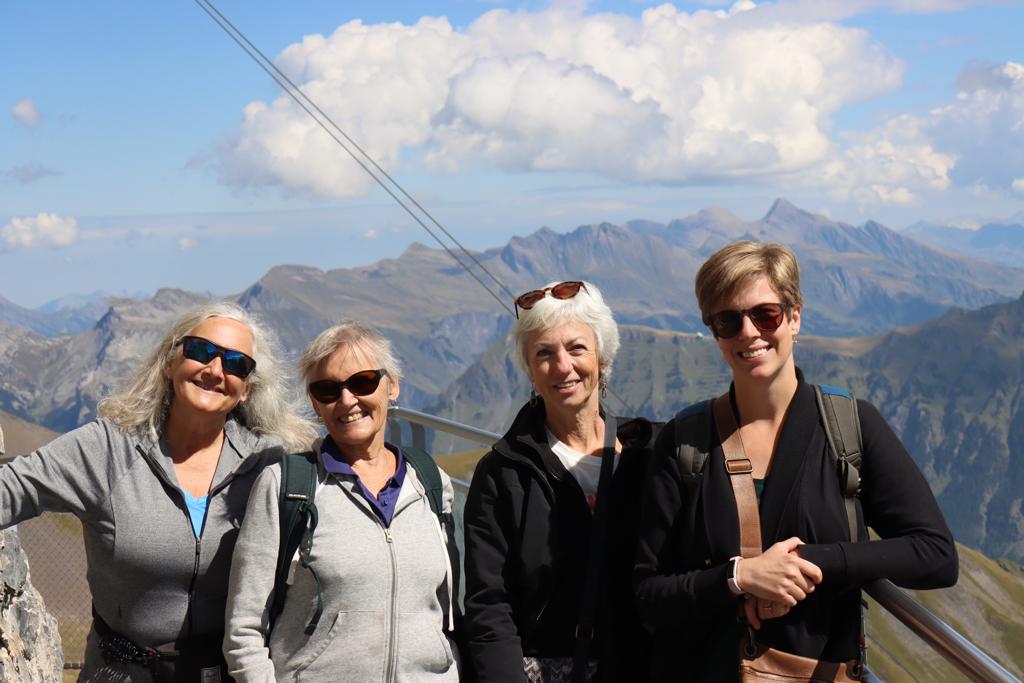 We started out on top of the world yesterday and it went from there. After a scrumptious breakfast at the cliff-perched Hotel Alpina we caught the two-stage gondola to the top of Schilthorn. The setting is so dramatic that it became the center point of a James Bond movie, “In Her Majesty’s Service”. Capped by the Piz Gloria restaurant, the whole mountaintop appeared to be blown up by the evil side at the end of the film, yet somehow it has survived to our day. 😊

So there we were on top of the Schilthorn, and the day was clear and the cloud cover light. There was something utterly majestic and awesome and peaceful and contemplative about that ability to stare out at an ocean of mountain peaks all around you. Some sat and stared, others walked out to some of the paths that lead only downward, and at least four in our party took advantage of the revolving restaurant to enjoy an early lunch.

We spent a good hour on the top of the Schilthorn before we parted ways. A group of about 5 actually walked down from the Schilthorn and arrived back in Murren some 6 hours later, utterly exhilarated. Others lingered on the mountain top, a few of us stopped at Birg station on the way down where we enjoyed the glorious terrace views, and still others walked on a walkway made of glass and chain-link that has been stapled onto the side of a cliff and gives the impression that you’re walking on thin air.

We arrived back at our own pace and schedules back to Mürren by mid-afternoon. Some went for “Kaffee und Kuchen” (Cake and Coffee), a German-Swiss habit that has much to be said for it. Lots of laughter is heard when we gather in this group, which has characterized every TourMagination tour we’ve been part of over the years. Lots of stories are shared and people become amazingly candid about their lives and experiences, if they choose to go that route.

We ended our day at the Hotel Eiger for another A1 dinner. Today starts sunny but promises rain by the end. Any which way, this has been such a wonderful base for our tour.