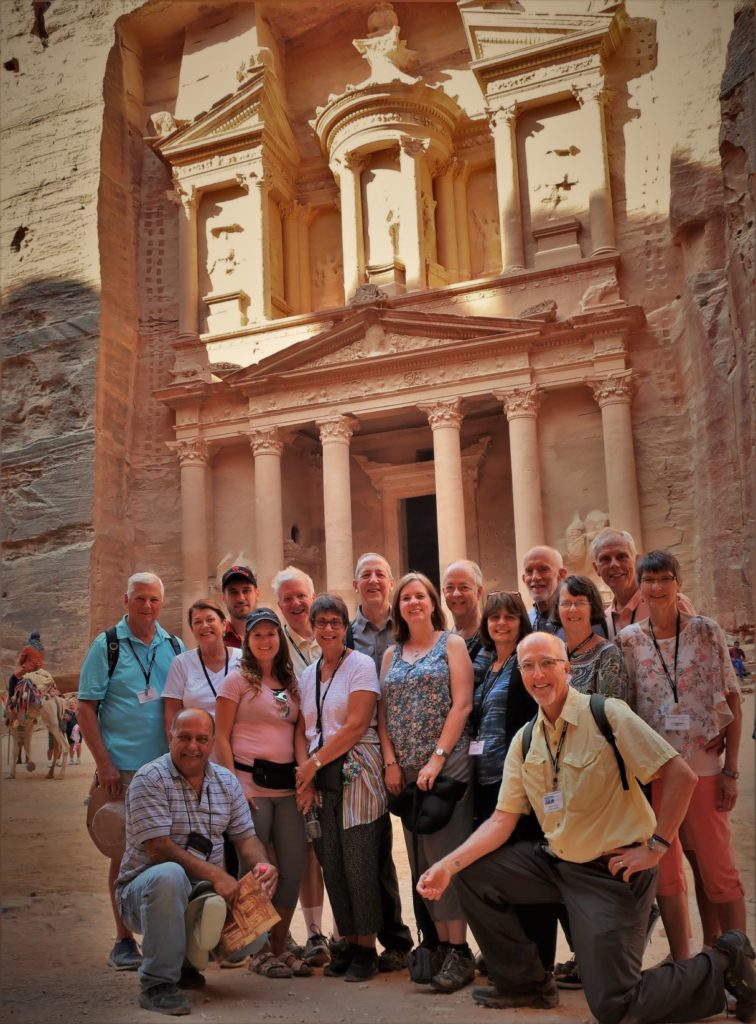 Our hotel last night was by the entrance to Petra, the ancient stone city with ruins from the first centuries BC and AD. We got an early start this morning and walked into the site through the half-mile Siq (the narrow, deep canyon that leads to the tombs). We took a group photo when we emerged from the canyon at the tomb facade made famous by Hollywood and Indiana Jones. 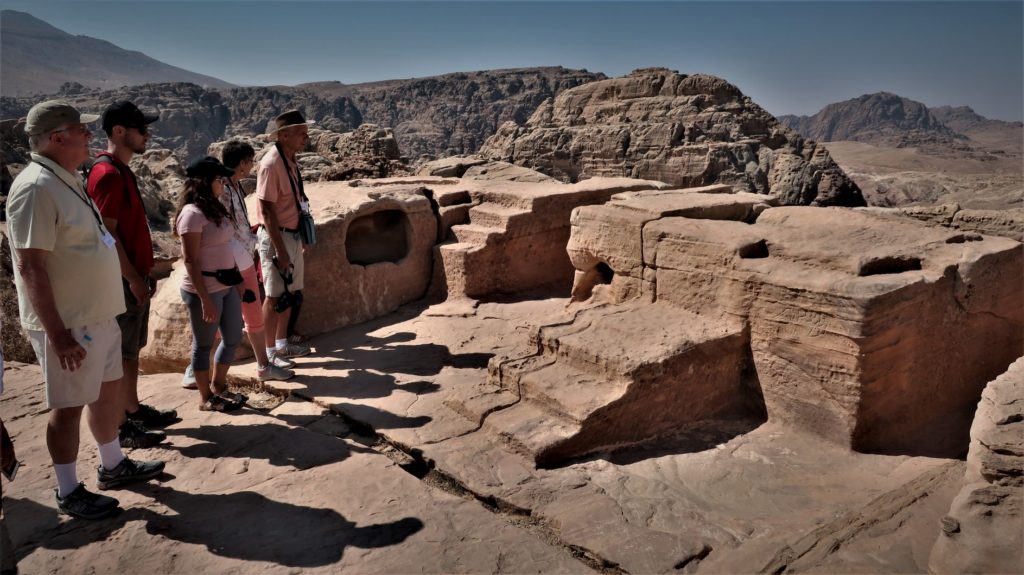 Then half of us hiked/climbed up the adjacent mountain to an ancient Nabatean “high place of sacrifice” while others toured on ground level.

On the four-hour drive north to our hotel by the Dead Sea, we travelled through the barren desert region that likely is the route of the Israelites as they approached the Promised Land and prepared to cross the River Jordan. Tomorrow we go to “down to the river to pray, studying about that good old way.”