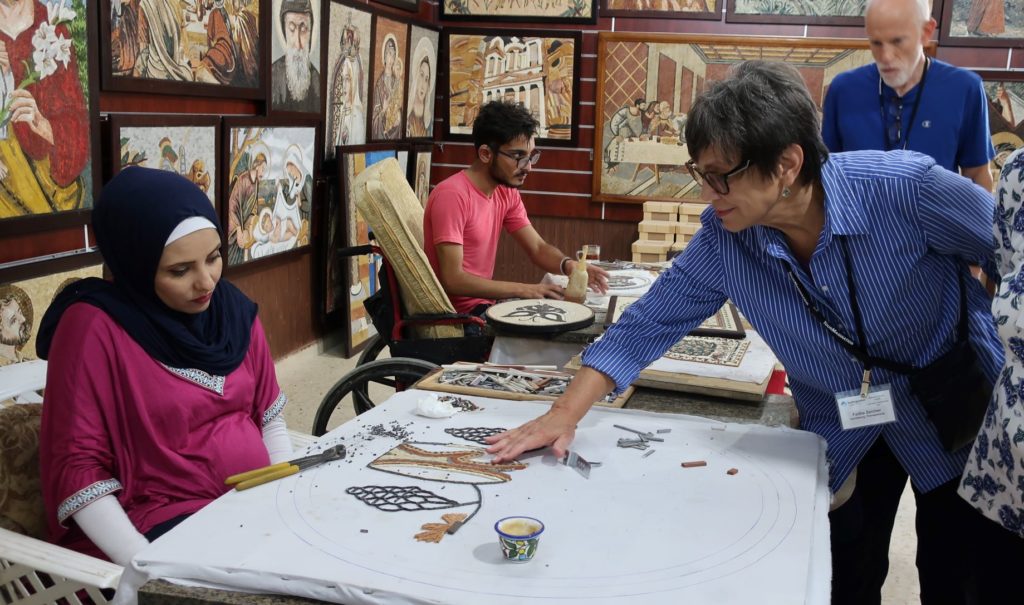 An early launch from our hotel in Amman set us on course for Mt. Nebo (where Moses got a glimpse of the Promised Land), Machaerus mountaintop fortress (where John the Baptist was martyred), Madaba (where we were invited to touch mosaics being crafted—see photo above), and on south to World Heritage Site Petra. At Mt. Nebo it was too hazy to see all the way to Mt of Olives, but the atmosphere added a sense of depth and distance. Most spectacular at Mt Nebo was the newly-reopened and refurbished Church of Moses, with astonishing early Christian mosaics. 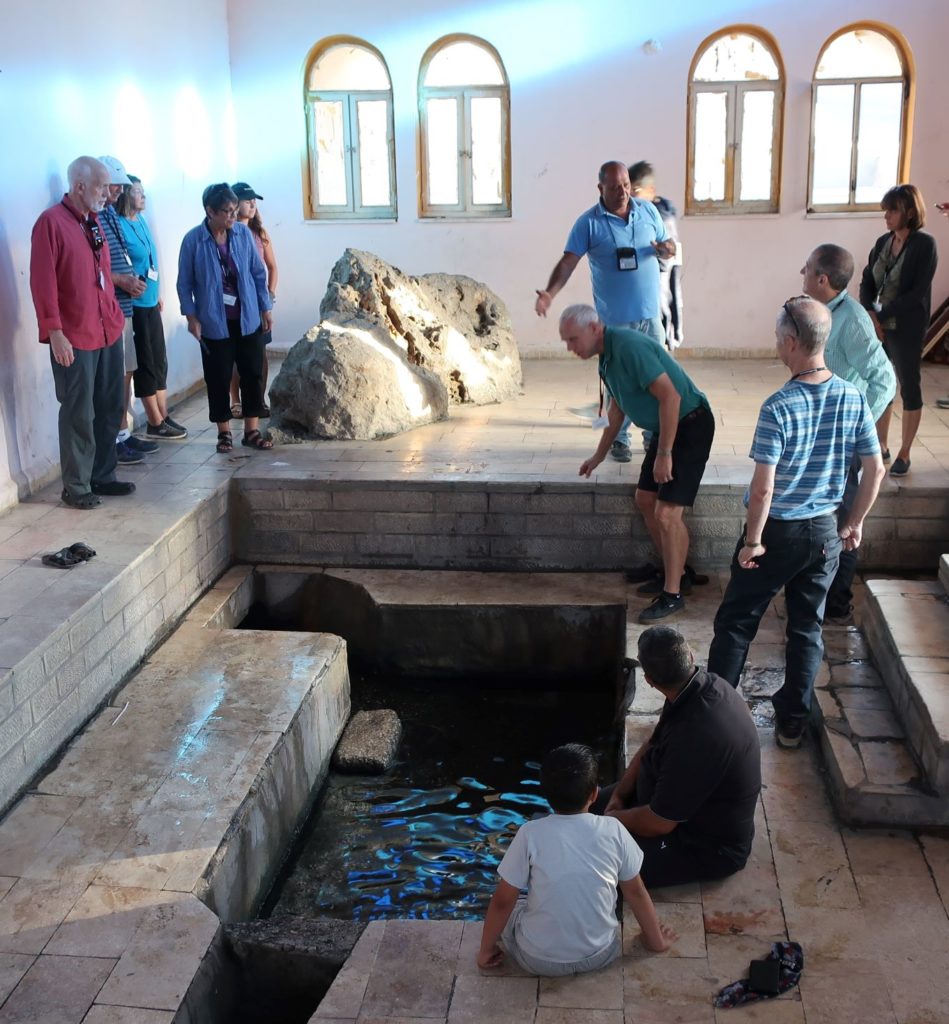 Now we’re ensconced in a comfortable hotel literally a stone’s throw from the entrance to Petra, with a day of wonderment to anticipate for tomorrow. Just before arriving at Petra we stopped at one of various sites in the region with legends of being the place where Moses struck the rock to bring out water (see photo). Though unconvinced that is was the place, we nevertheless enjoyed refreshing spring water and the atmosphere of ancient biblical tradition.