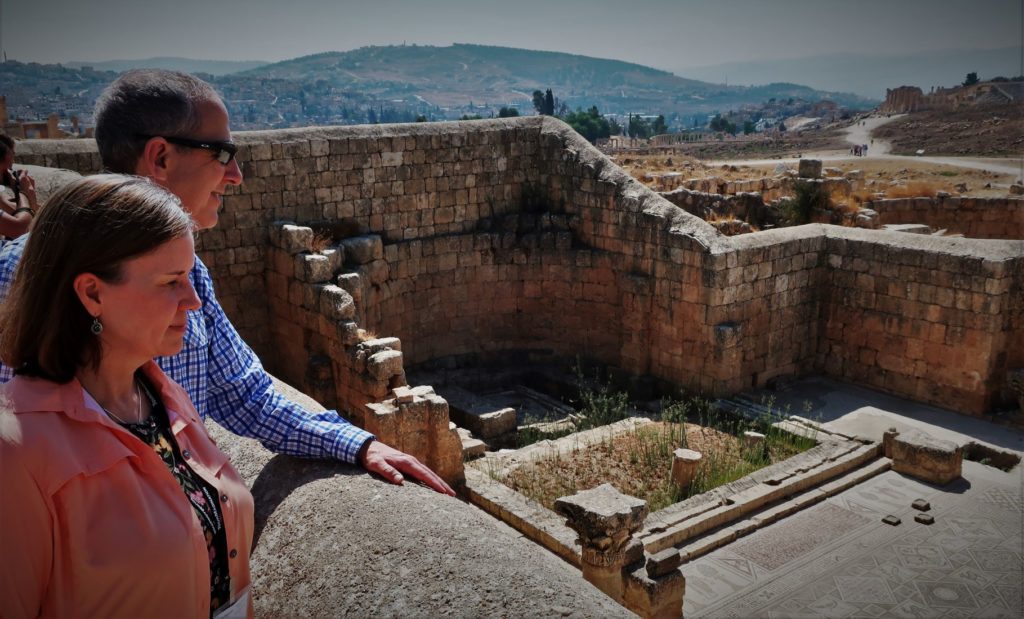 Kyla and Brian Zehr of Fort Wayne, Indiana look down into the ruins and spectacular mosaics of St. Cosmos and St. Damianus Church at the ancient Roman city of Jerash, an hour’s drive north of Amman, Jordan. Built in AD 533, the church honors twin brothers, both doctors, who devoted their lives to care of marginalized persons. The brothers perished in the last great wave of persecution against Christians under Emperor Diocletian in the early fourth century. The brothers–apparently Arab–served in Syria. In the upper right of this photo is the Temple of Zeus from the era before Christianity.

Brian is a physician, so he and Kyla had particular interest in seeing an early church dedicated to doctor martyrs. Visiting extensive Greek and Roman ruins of Jerash gave our group a sense of journeying into the New Testament world. Although no specific Bible events happen at Jerash, it is one of the ten (or more) cities of the Decapolis, a league of cities mentioned in Scripture. The Gerasene demoniac (Mark 5) apparently was from the larger region governed by Jerash.

Everyone in our pilgrim band seems to be flourishing. We’re enjoying good weather, outstanding food, and good fellowship as we journey.

After a hearty breakfast at the hotel, we began our day with driving from Amman to the Roman city of Jerash. On the way, we stopped at the Jabbock River Valley, the area where Jacob and Esau were reunited. When we arrived in Jerash, we were amazed by the ruins from this Roman city. We marveled at the triple gates, the arena where chariot races took place, the temple ruins  and church ruins. A highlight was taking the stairs to the top of the ampitheatre and listening to the bagpipes. In the afternoon, we visited the Amman Citadel and talked about the story of Uriah bring killed in battle. Although this is a sad story, we enjoyed the view of the city from up top. 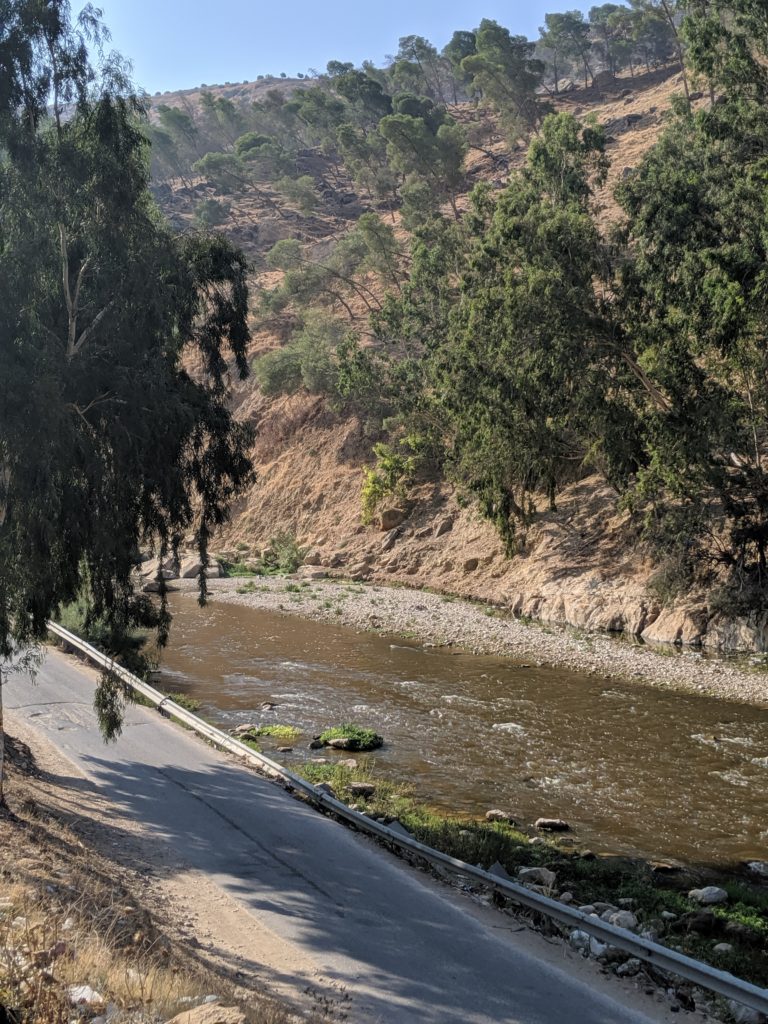 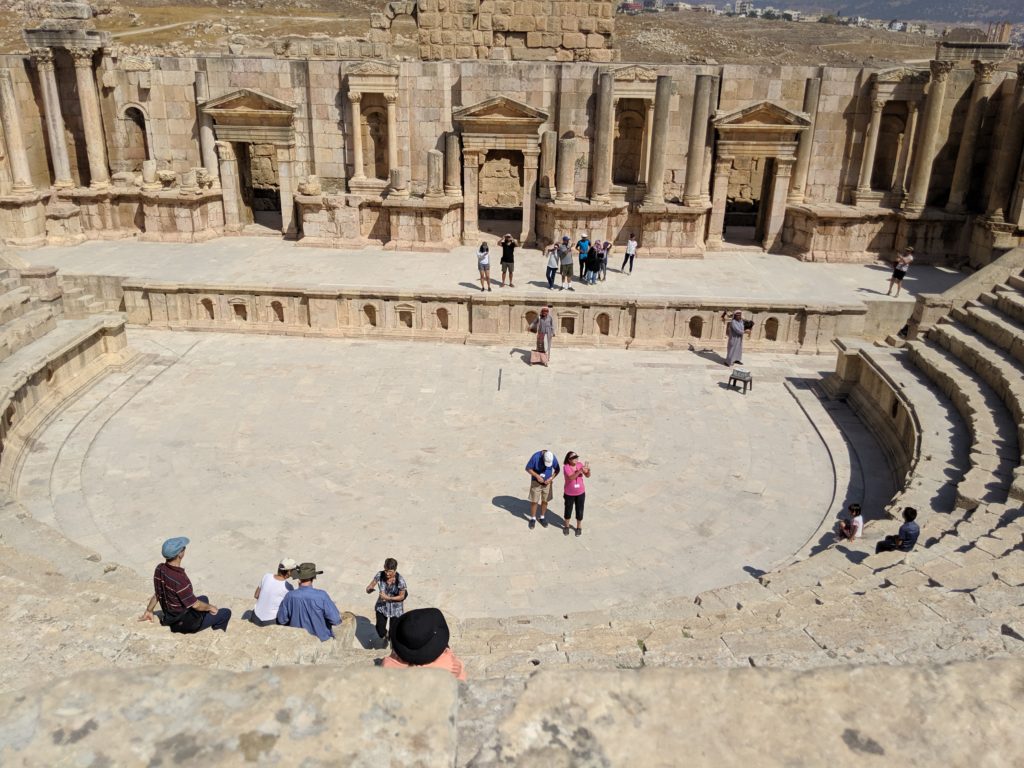 Listening to bagpipes in the ampitheatre