The next phase of the tour emphasized the best of the Saxon German fortified churches, the three fortified cities of Brasov and Sighisoara, sites that had direct connections to the Carinthian Lutheran Hutterite converts and the great escape over the Transylvanian Alps. The ruins of the Cisterian monastery at Carta is a unique site. 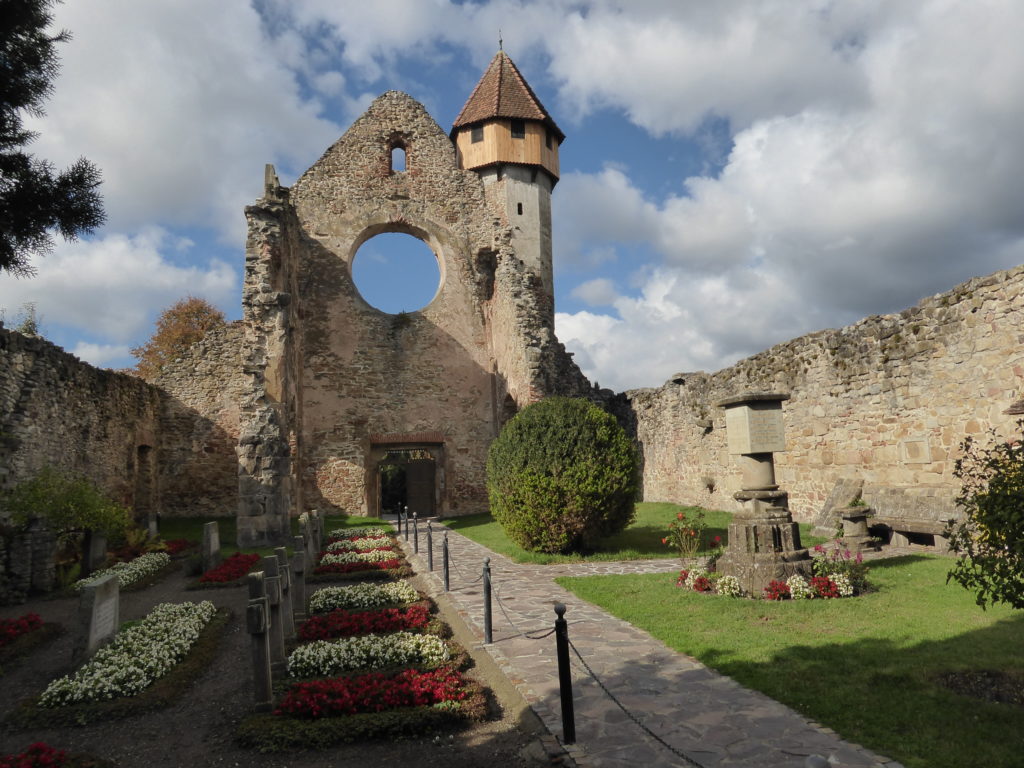 Destroyed by the Mongols in 1241, the monastery was rebuilt but was again a ruin before Columbus sailed for the New World. The front part or the top of the typical cross floor pattern of the cathedral was eventually enclosed and has been a Lutheran church for a long time. Our next site was the fortified church at Grossshenk. 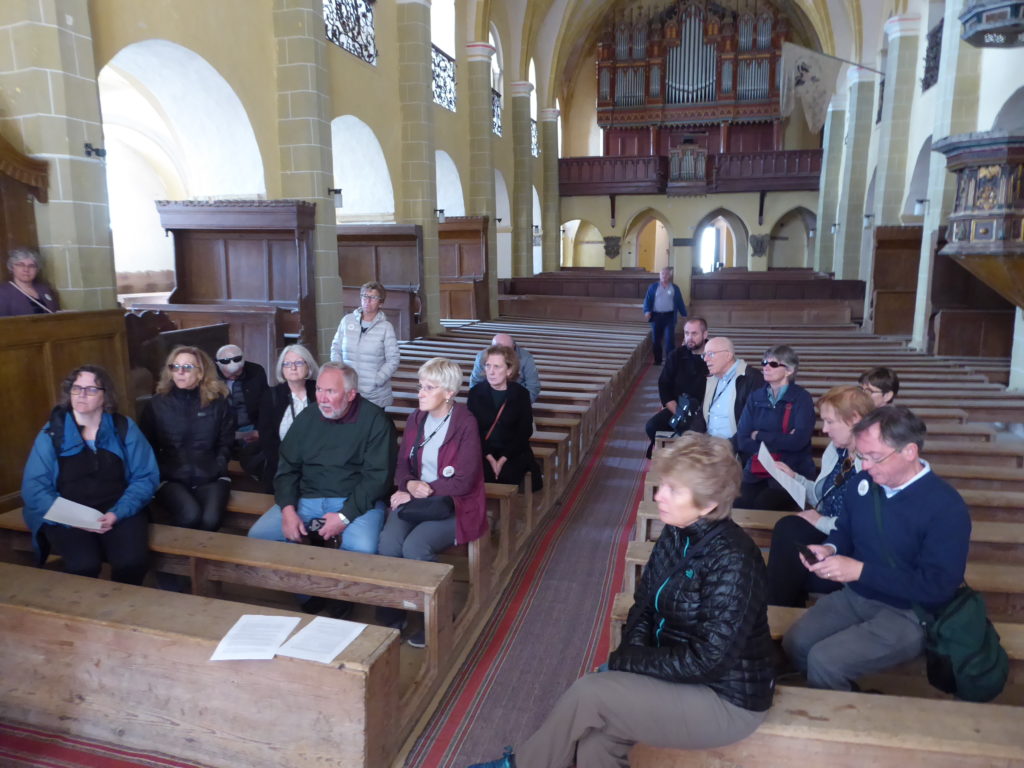 The Carinthian Lutheran Johannes Hofer and Christian Naegler families both lived in Grossshenk. I refer the church at Grossshenk as the church our ancestors refused to attend. However, their descendants were impressed by the seven kilometer secret tunnel to a former military base that begins below the sanctuary floor.  Both Johannes and Christian died in Grossshenk and their widows migrated to Kreuz and Stein.

Before settling in at our hotel in Brasov we took a drive along the Hutterite Barza River valley escape route from near Brasov to the fortress at Rosnov. 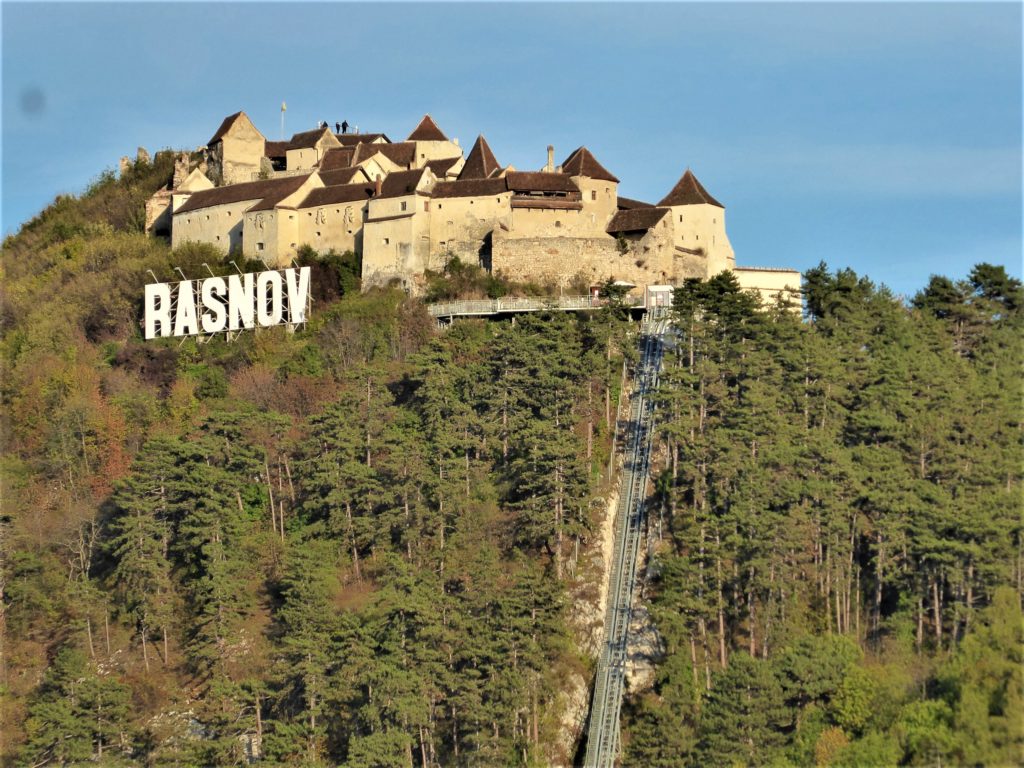 It was near Rosnov that the 77 remaining Hutterites were led over the Translyvanian Alps to freedom. They avoided the passes and the Austrian border patrols by climbing above the treeline before crossing at the highest point of the range to freedom in Muslim-controlled Wallachia. 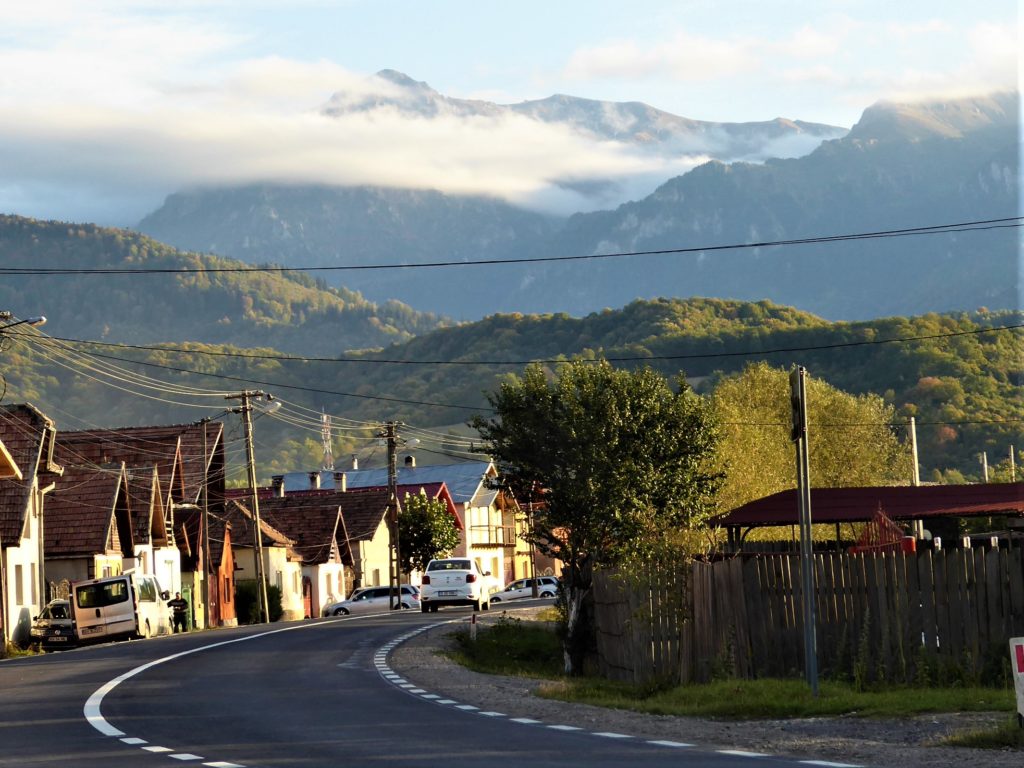 Having visited dark and cold medieval fortress our trip to Sinaia exposed us to the other end of the spectrum. The beautiful Peles Palace was built by King Carol I, the first Western king after the Turks were driven out in 1866. 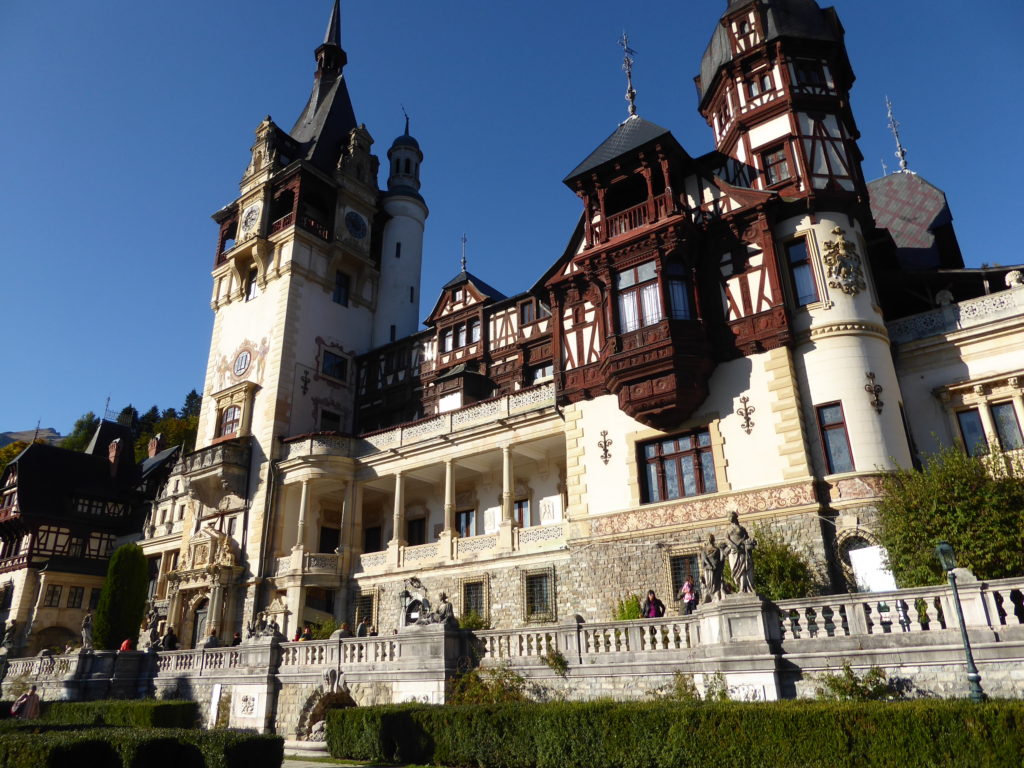 The charm of the fortified church at Harman covers belies the fact that the reason for the church layout was to resist invasion and protect the local population. Family apartments were built into the exterior walls to provide shelter at times of invasion. Behind these apartments a series of stairs and platforms let to the defensive firing ramparts. 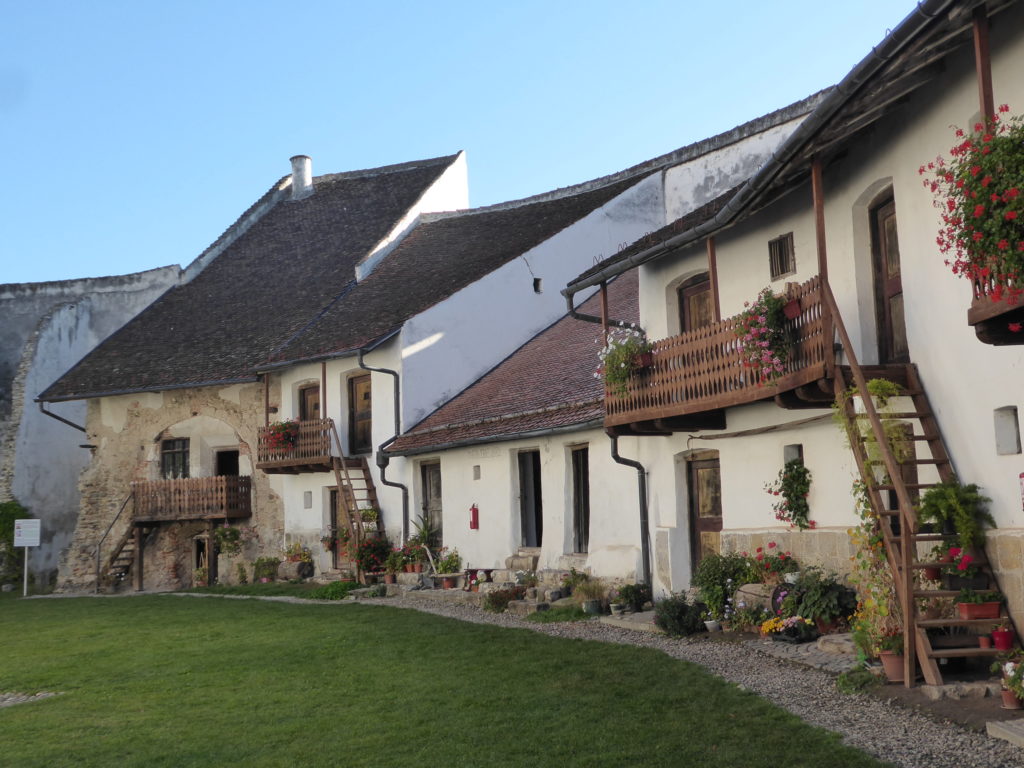 The ruins of the fortress at Reps dominate the approach to the city. The extended Glanzer clan along with teenager Greta Wipf were captured in Stein before they could join the Hutterites at Kreuz for the flight from Transylvania. After being held at the fortified church in Stein, they were taken to the fortress at Reps. It was here that Paul Glanzer managed to slip away from the prisoners and joined the refugees from Kreuz that were camped at the Ort River. After a couple of months the prisoners were transferred to the City Hall prison in Hermannstadt where Susanna Glanzer was born and spent her first five years of life. We got a big surprise when we visited the church in Stein. That portion of Stein near the church had been turned into a movie set with a fake cathedral in the middle of the main street. 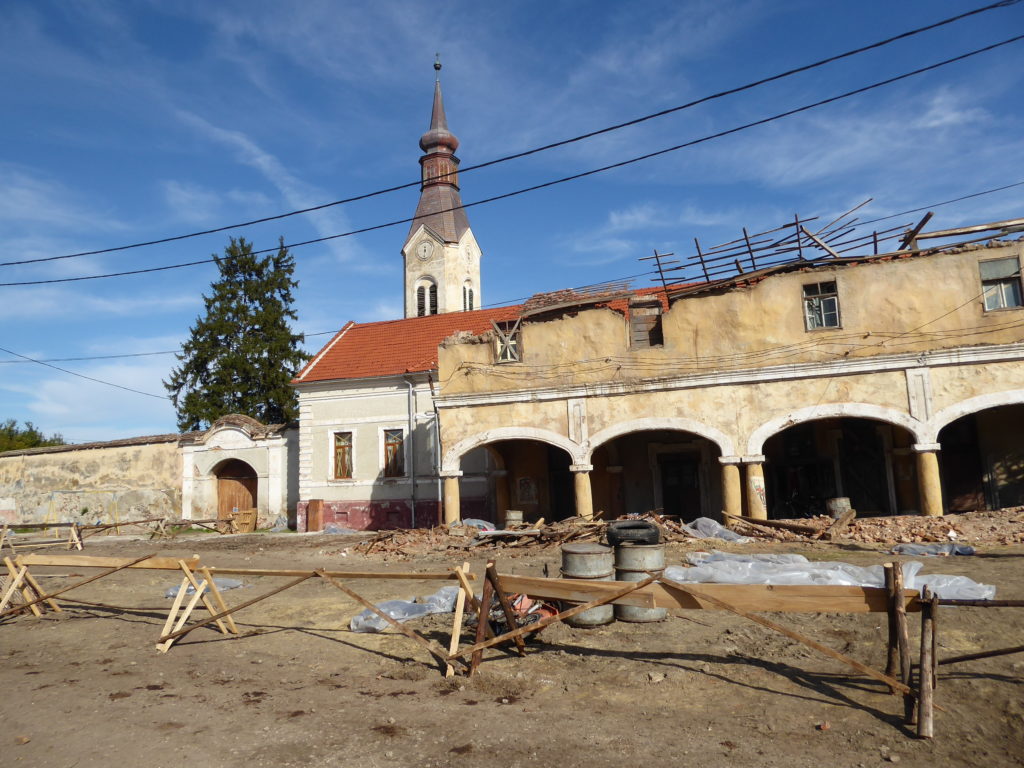 The Saxon German fortified church at Kreuz proved to be much more exciting. 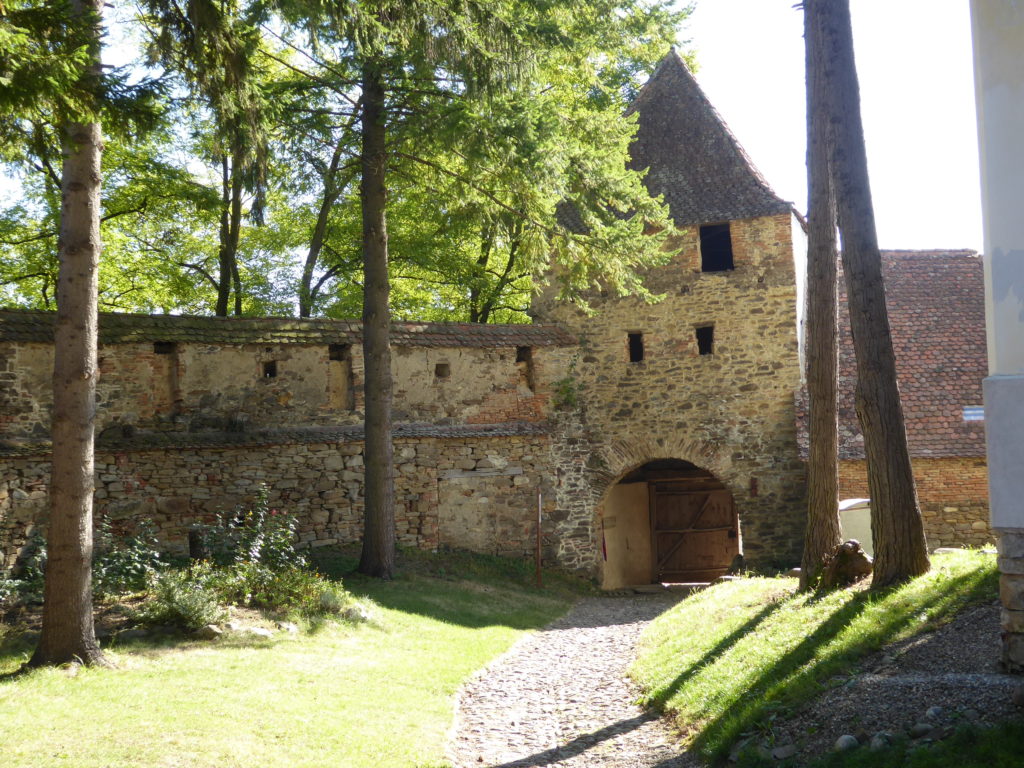 While a new church replaced the one that our Hutterite ancestors would have known, the fortification walls would have been quite familiar. It was here that Hutterites were imprisoned while the orphanage in Hermannstadt was being completed. Realizing that our history hinged on the events that occurred at this location, we joined in signing a couple of hymns which resonated within the church.

We visited four more fortified churches that have been declared UNESCO Heritage sites. We watched renovators working on the tower of the church at Saschiz. None of us wanted to volunteer to assist. 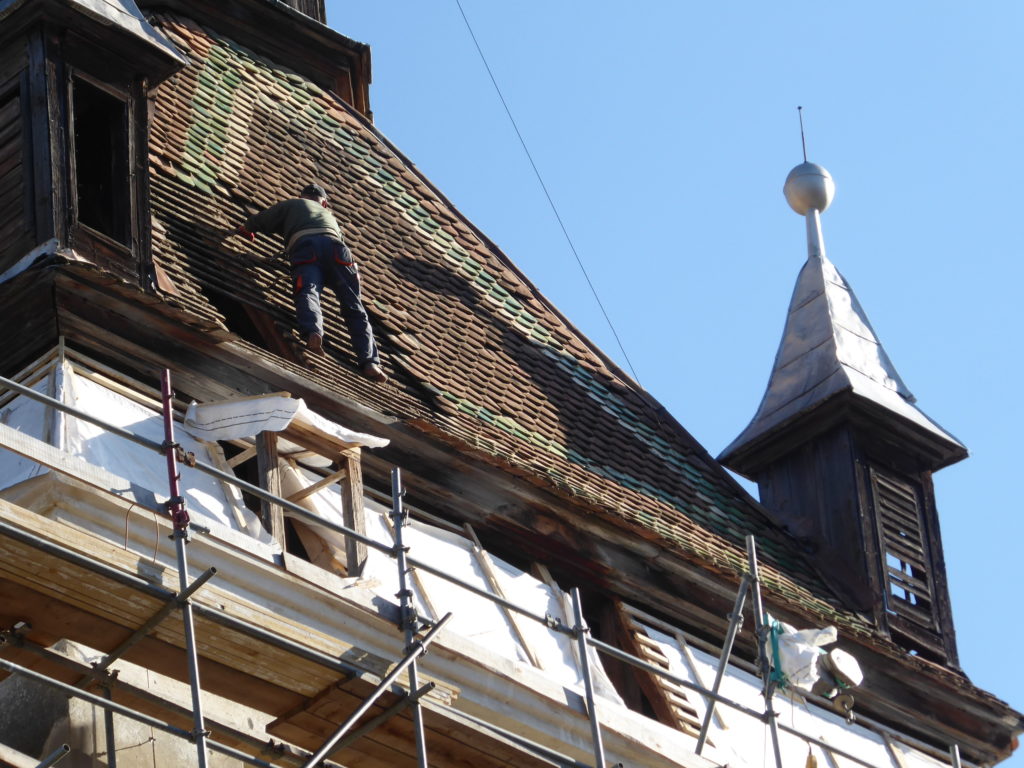 The church at Malancrav is noted for its impressive frescoes. When virtually the entire Saxon German population converted to Lutheranism in the 16th century, the Catholic frescoes were painted over in most churches. Malancrav was a notable exception. 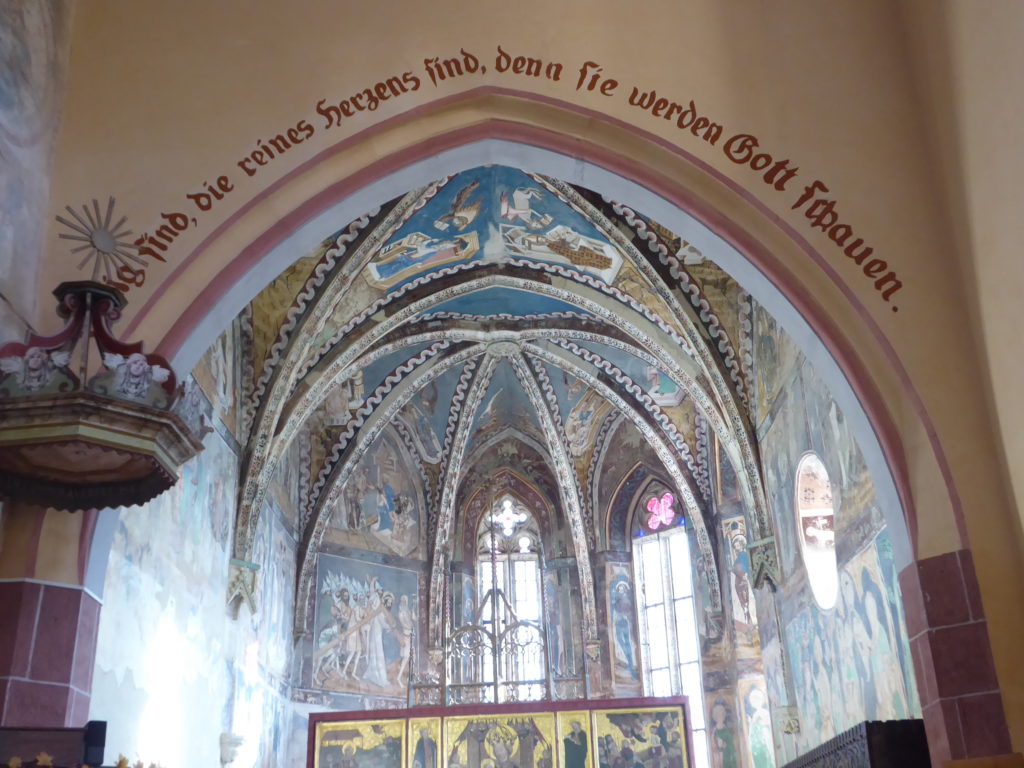 The church at Biertan towers over the village within the setting of a beautiful valley and provides insight into Saxon German life. 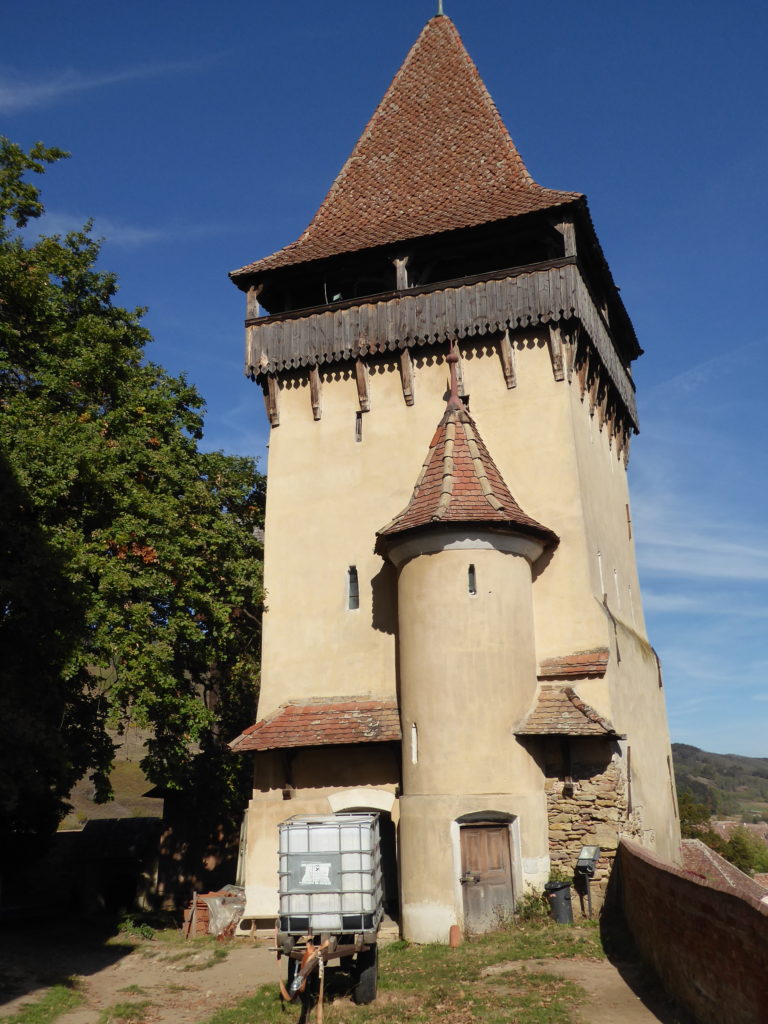 Romania has one of the largest populations of Roma, also know as gypsies. We had the opportunity to visit a gypsy village. Six of the 200 households are well known coppersmiths who sell their wares along the highway. 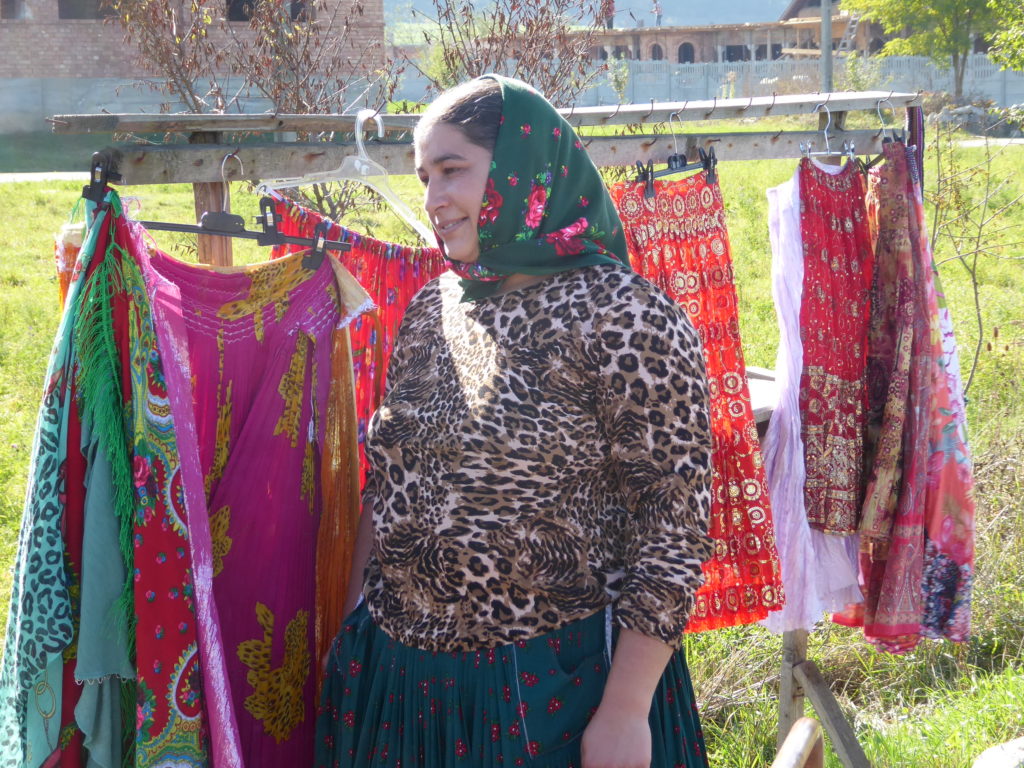 On our last night we had our farewell dinner. We had bonded as a group during the tour and shared many experiences. Many of us will maintain the friendships we made on this tour for many years if not forever. 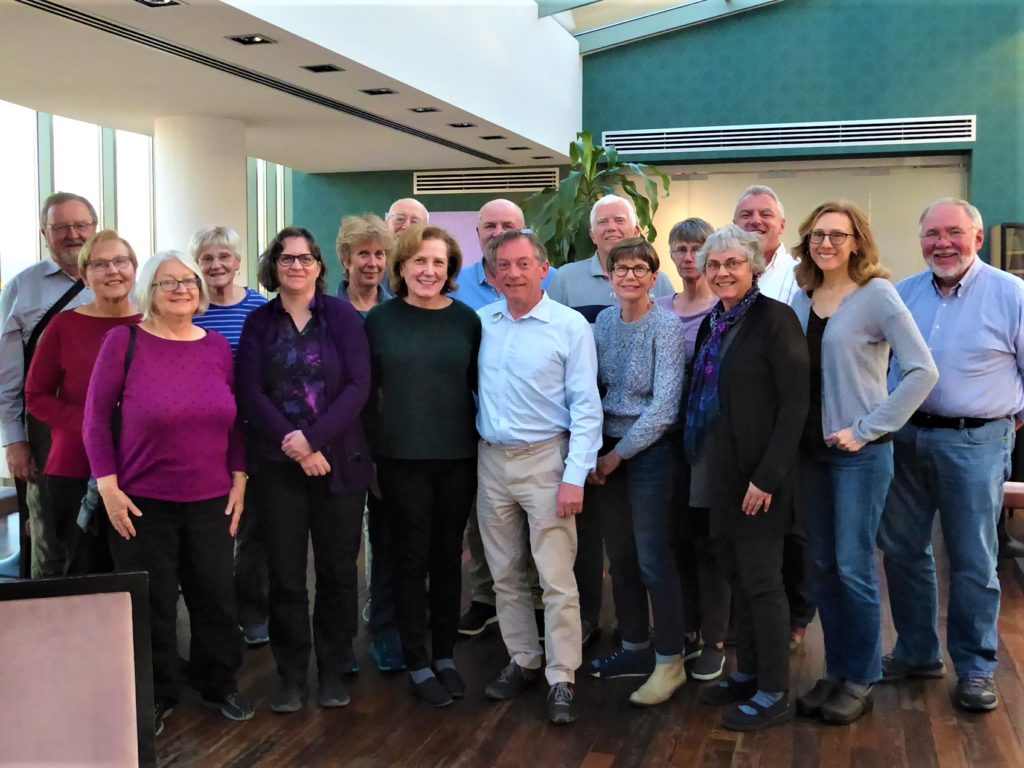