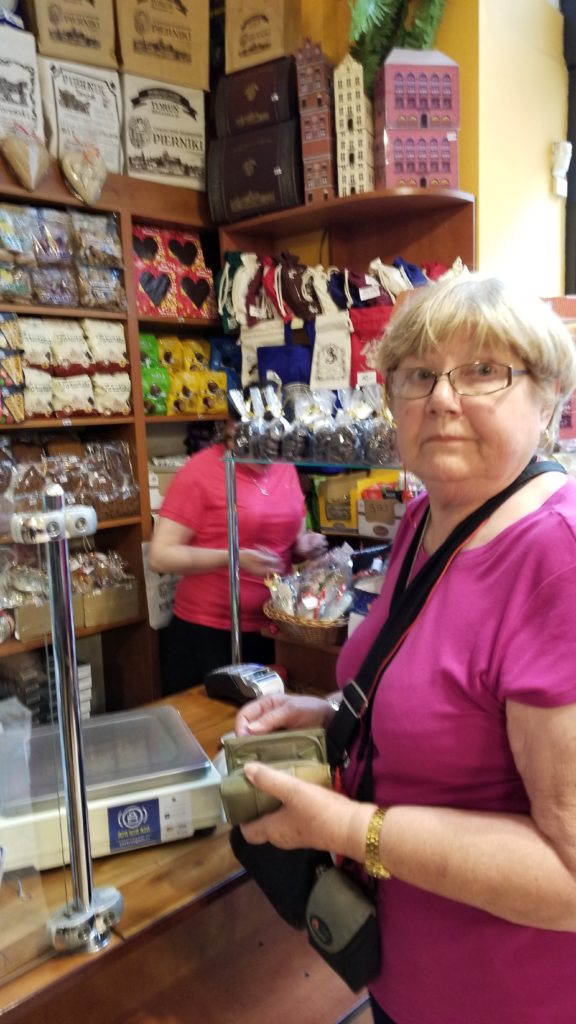 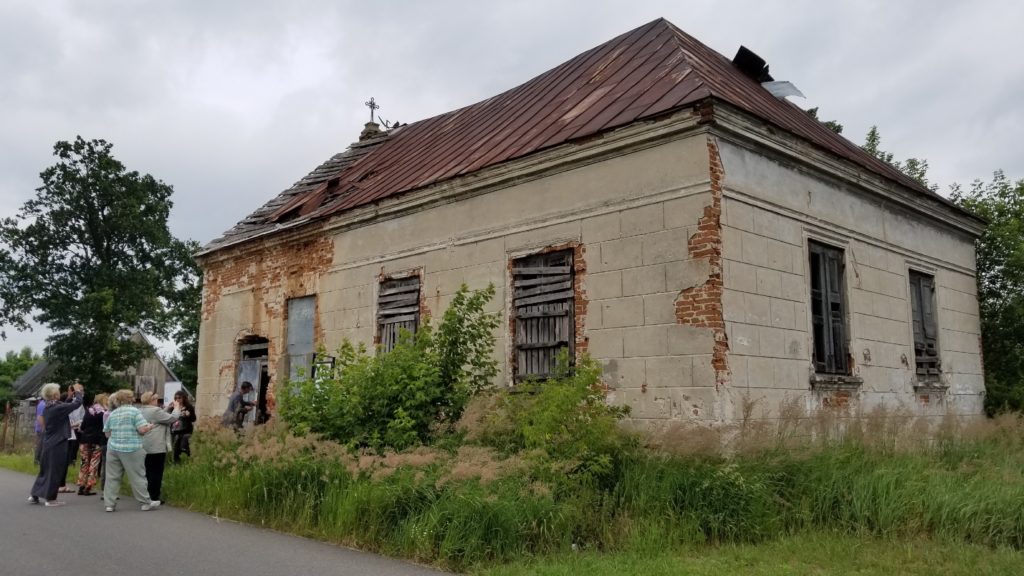 The remains of a stone church of the Mennonites from 1865 in what was the former Deutsch Wymysle along the Vistula (Wisła) River. 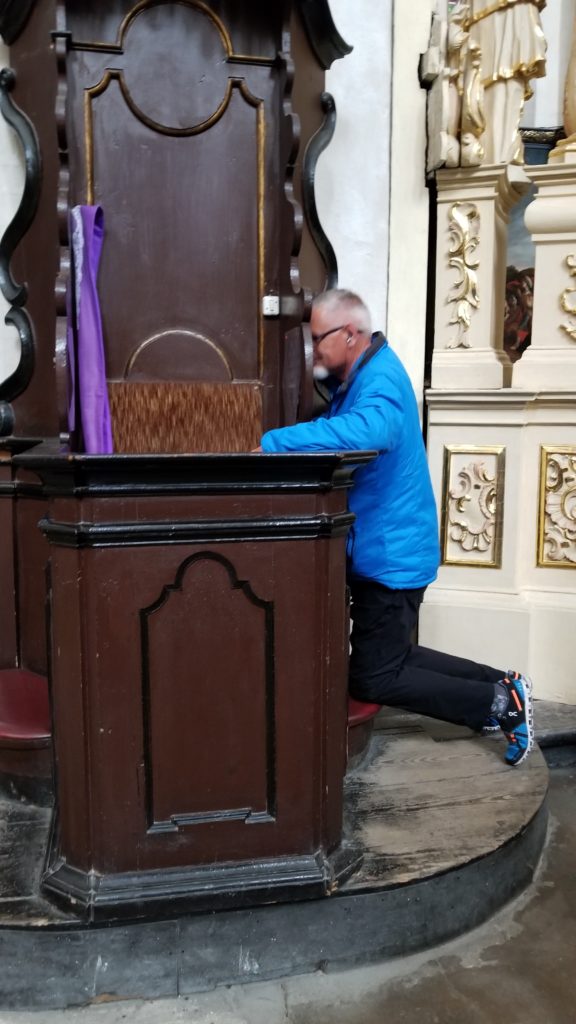 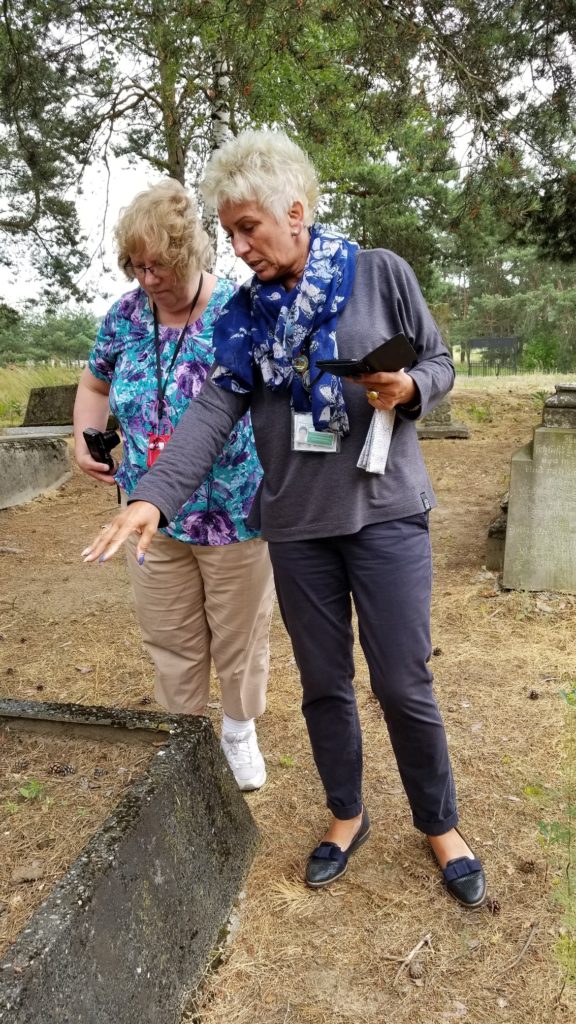 Rosie and Kasia examining various headstones in the Schoensee cemetery where the group discovered Mennonite names such as Bartel, Ewert and Hiebert. 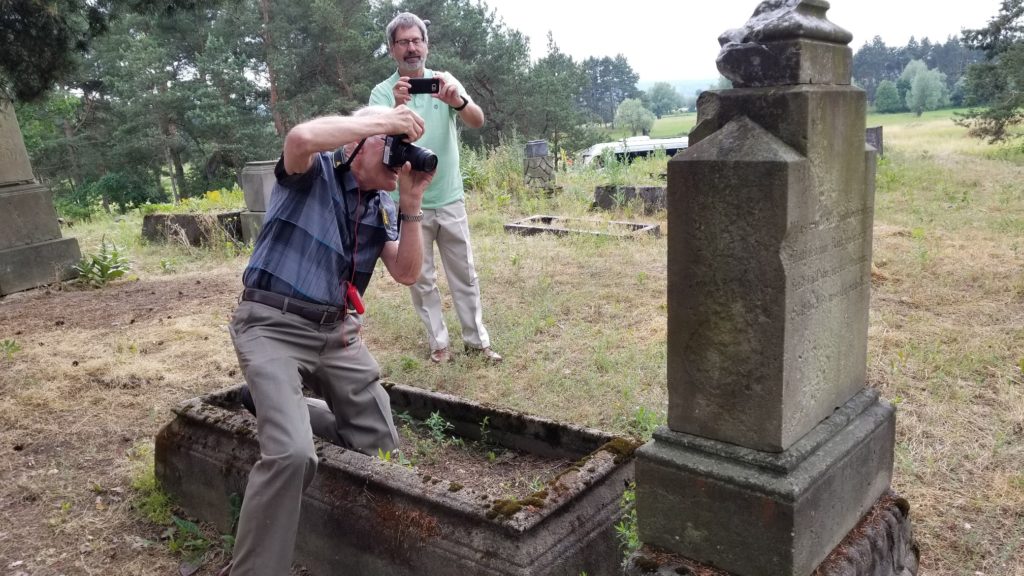 John, our leader and photographer, capturing Victor as he is photographing a headstone of a probable Hiebert anscestor’s grave. 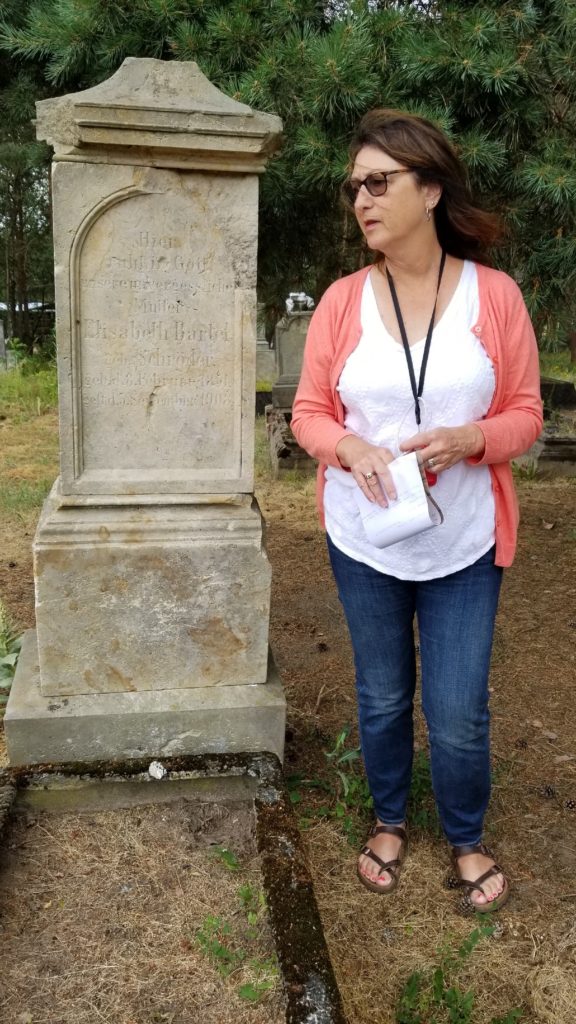 Susan finds a tombstone with the Bartel family name which is on her ancestral list. 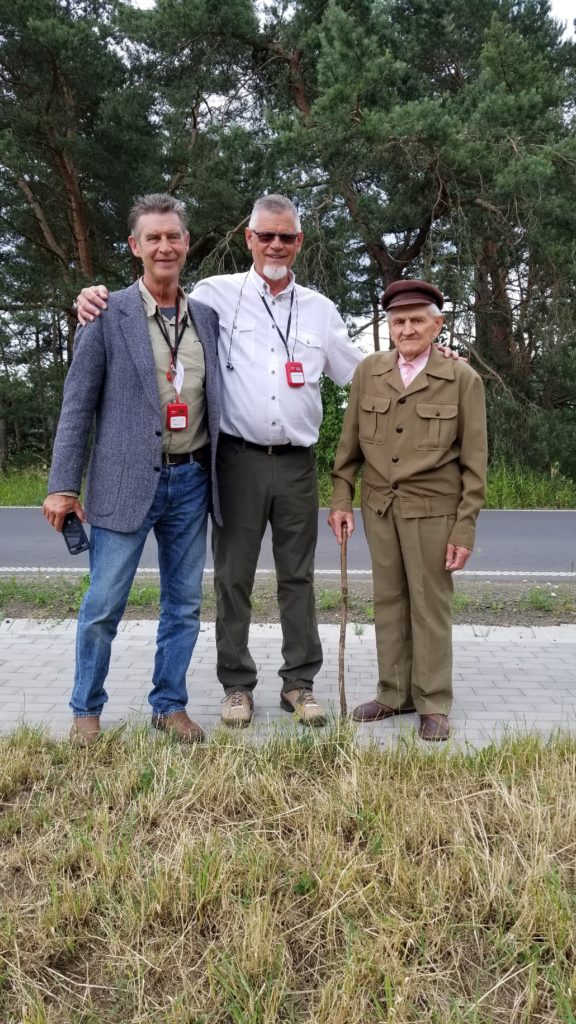 Gilbert and Reg met a very friendly 89 year old village man who came to greet us in his military garb. In his long-forgotten German he communicated a bit about his former life. 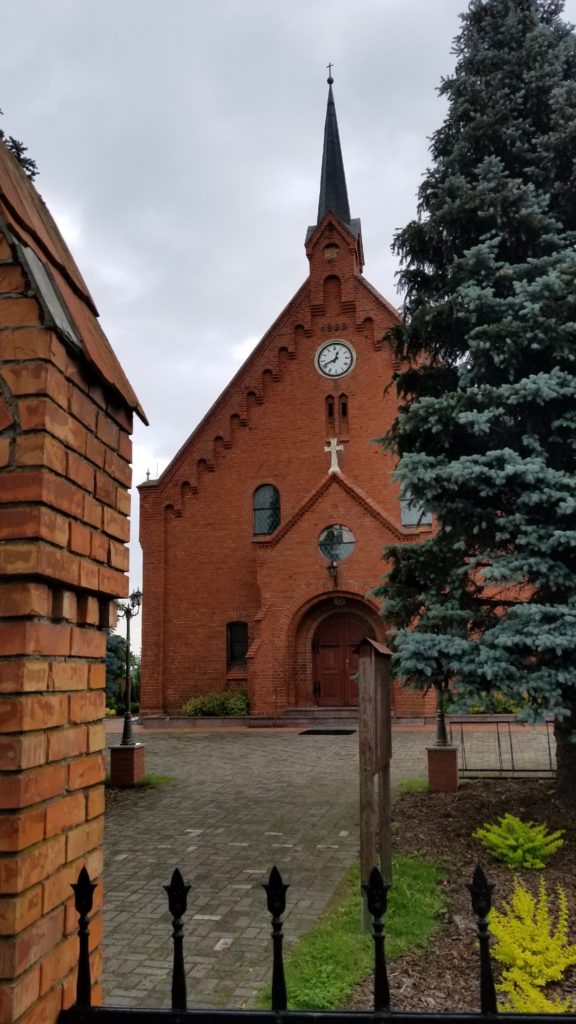 The former Montau Mennonite Church was attended regularly by a large Mennonite congregation until the 1940’s. It is now a Catholic church and during our visit we made an unexpected discovery of numerous large plaques in honour of Menno Simons and the Mennonites placed in the yard surrounding the church.