Istanbul at first seemed a bit off-topic as an introduction to our Uzbekistan-focused tour of Central Asia, but in a good and useful way. It oriented us to a city and region dominated first by Christianity and then by Islam, with Jesus followers long reduced to tiny-but-still-significant status there, perhaps presaging what we will come to appreciate about the Mennonite trekkers in Ak Metchet on whom we will focus later in our tour.

This city, known for more than a millennium as Constantinople, was the political and religious center of a vast Christian empire. Hagia Sophia, then the largest church in the world, was the best known and most visible surviving symbol of the power and extent of that empire. But many of us on the tour were more moved by the incredibly intricate mosaic art of the Chora Church, a comparatively tiny church and community. 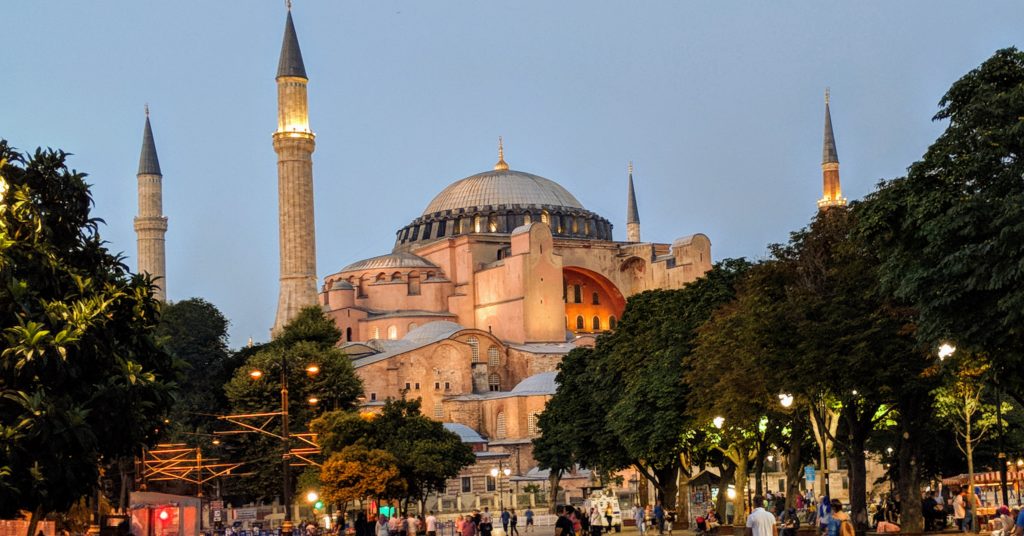 Constructed at the direction of Emperor Justinian in 532-537, the Church of “Holy Wisdom” was an Eastern Orthodox Cathedral until 1453. The Ottoman Empire conquered what was then Constantinople and converted to church into a mosque. Since 1935 the government of Turkey has operated it as a museum, commemorating both its Christian and Muslim past.

Both the huge Hagia Sophia and the small-scale Chora were captured and occupied by their 15th-century conquerors, as Constantinople became Istanbul, now the center of the large and powerful Ottoman Empire. Interestingly, there was little destruction and mass killing in this profound regime shift. Instead, the Muslims mostly whitewashed, plastered over, or otherwise effaced the Christian symbolism of the religious buildings that they claimed, while also building thousands of mosques, including large, beautiful ones on all the city’s highest hills. Now, in a more secularized city and nation, many of these “recycled” buildings have again been repurposed as museums by the Ministry of Culture and Tourism, which sees value in somehow respecting the dramatically different eras in their history. 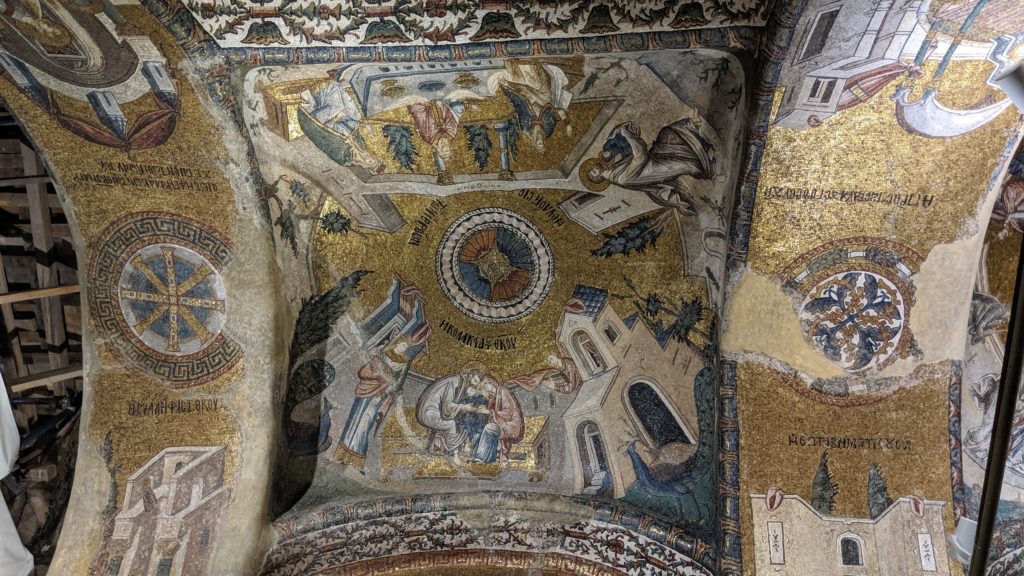 The Chora Church is a medieval Byzantine Greek Orthodox Church containing some of the world’s finest Christian mosaic art. The finely detailed depictions of scenes from the life of Jesus were covered with plaster when the church was converted into a mosque during the Ottoman empire. The building is now a museum undergoing extensive restoration.

Water was another focal point of our two days in Istanbul. We viewed the remains of the aqueduct that for more than 1400 years transported the city’s water supply, as well as the unbelievably large and ornate cisterns in which that water was stored. 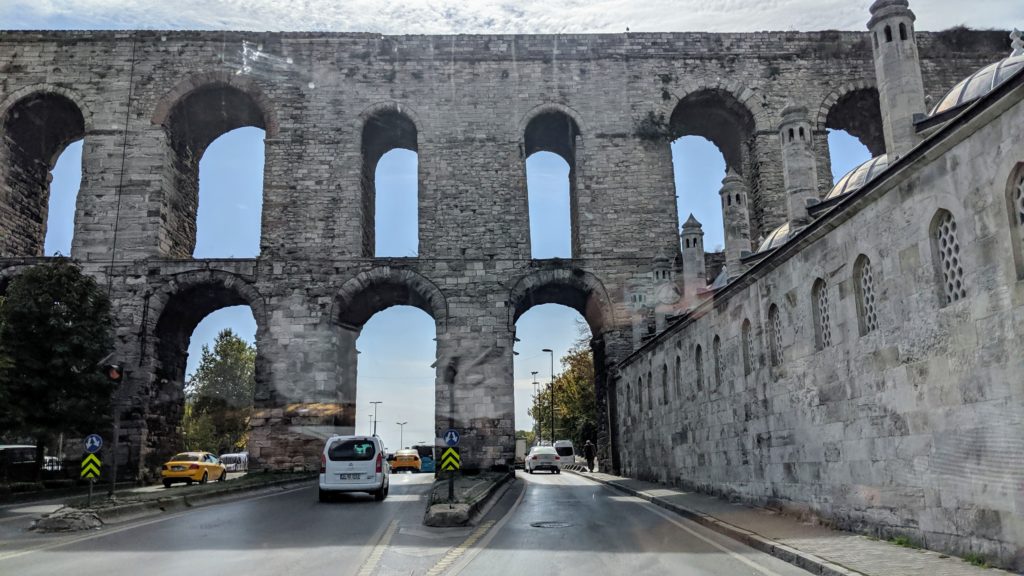 The Valens Aqueduct was built in the 4th century to bring water to the growing city of Constantinople. Longer and higher than the better-known Roman aqueduct, it remained in operation for more than 1,400 years. 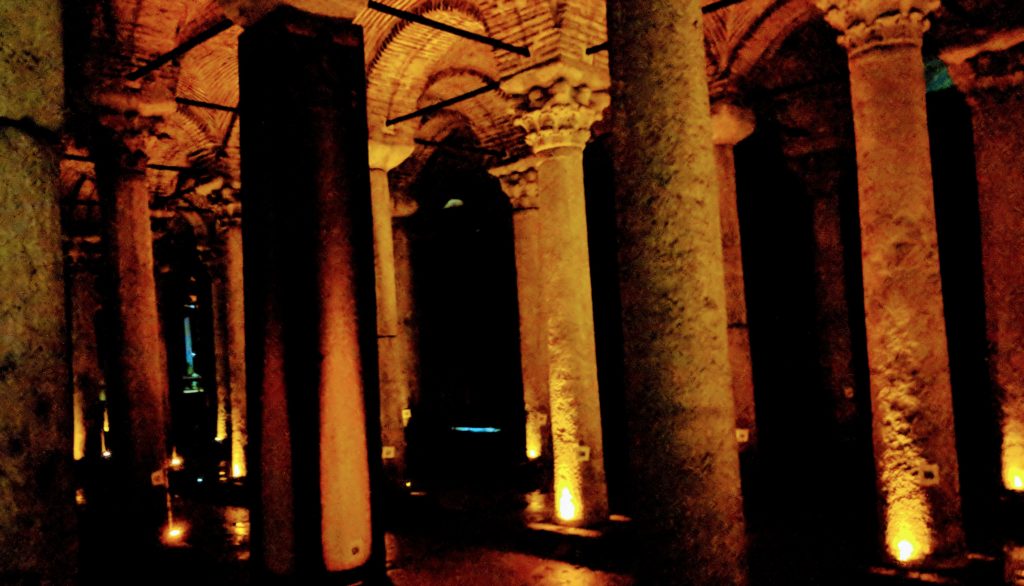 Built at about the same time as the aqueduct, the ornate Basilica Cistern was the largest in a series of underground caverns to store the city’s water supply.

Built at about the same time as the aqueduct, the ornate Basilica Cistern was the largest in a series of underground caverns to store the city’s water supply.The Bosporus, a 19-mile strait that connects the Black Sea to the Mediterranean, also divides Istanbul into its European and Asian sides. The Golden Horn, an elongated bay projecting northward, long served as the city’s harbor and still defines its unique nature.

Looking north into the Bosporus that separates European Istanbul on the left from Asian Istanbul on the right. The 19-mile strait provided the navigable link into the Black Sea, through which MCC administrator Orie Miller arranged delivery of food provided by North American Mennonites to relieve their Russian brothers and sisters in 1920

Our tour leader John Sharp introduced us to Istanbul’s importance to Mennonite history. It was here, at this strategic water link, one hundred years ago, that Orie Miller organized the staging grounds for massive amounts of food and other supplies collected by North American Mennonites to relieve their starving brothers and sisters in South Russia. That was the birth of the Mennonite Central Committee, whose centennial we will commemorate in 2020. 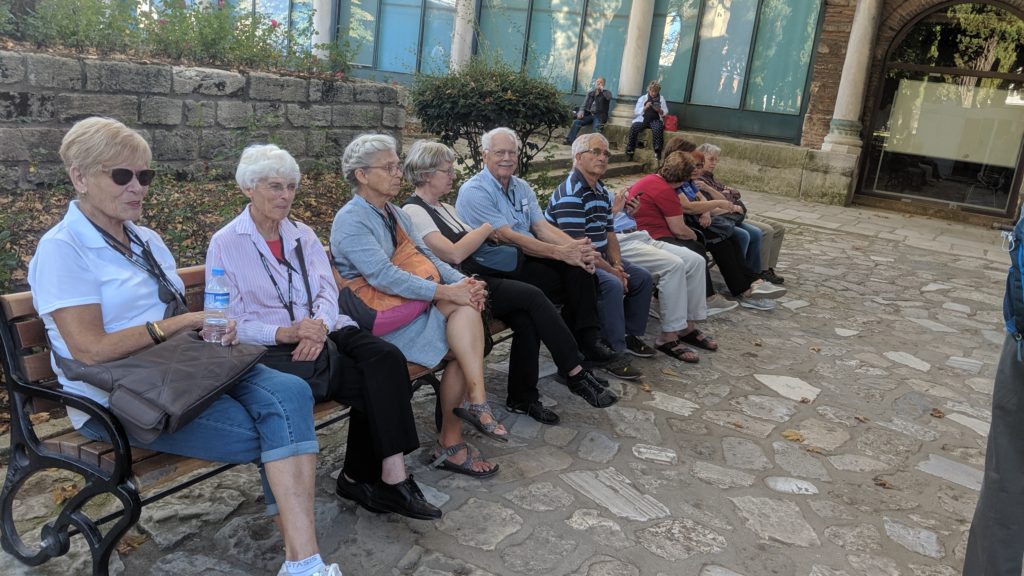