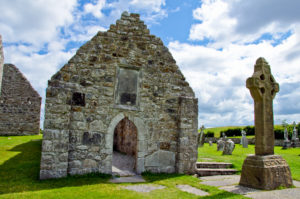 What is Celtic Spirituality?

Celtic Spirituality draws its inspiration from the earliest manifestations of Christianity in the wild western edges of Europe. Its prayers and practices were also motivated by the wisdom of an older understanding of the land and spirit.  Celtic rituals will allow you to experience a simplicity that speaks directly to many of the concerns of our age.

The prayers of the Celtic Saints speak of God’s presence on Earth, living in harmony with creation and give an awareness of the sacredness of all things. Celtic Christianity followed the tradition of the Psalms by reflecting on prayers and poems that spoke of God’s power and majesty revealed throughout creation. The Celtic Christians heeded Genesis Chapter One: All things are created by God, and so all things are sacred.  The Creator looked at the world and said, “It is good.”  This speaks of “Original Goodness” and reminds us of the holiness that is to be found within us and in the natural world.  Everything that we see in nature is a visible reminder of the Invisible Presence.

Columbanus, an Irish missionary who founded several monasteries, said: “If you want to know God, first get to know His creation.”  If there is any one word that would sum up the essence of Celtic Spiritual, that word is “Presence.” Celtic Spirituality allows for an awareness of the sacred presence at every moment of life and in all places.

Do you wonder what Celtic Christianity might be willing to teach us about renewal in the modern day? Are you willing to learn from the Celts about “going to the edge” within and discover creative ideas and bold responses to the challenges that surround us today?

If so, consider joining me on the Sights, Sounds & Sacred Spaces of Ireland tour as we discover creative ideas and courageous ways to respond to the challenges that surround us today.

Margaret Nally is an Irish-born resident of Kitchener, Ontario who worships with a Mennonite congregation. She and her husband, Bob Nally, visit Ireland yearly and organize traditional music and cultural events in Ontario including the IrishRealLife Festival KW.